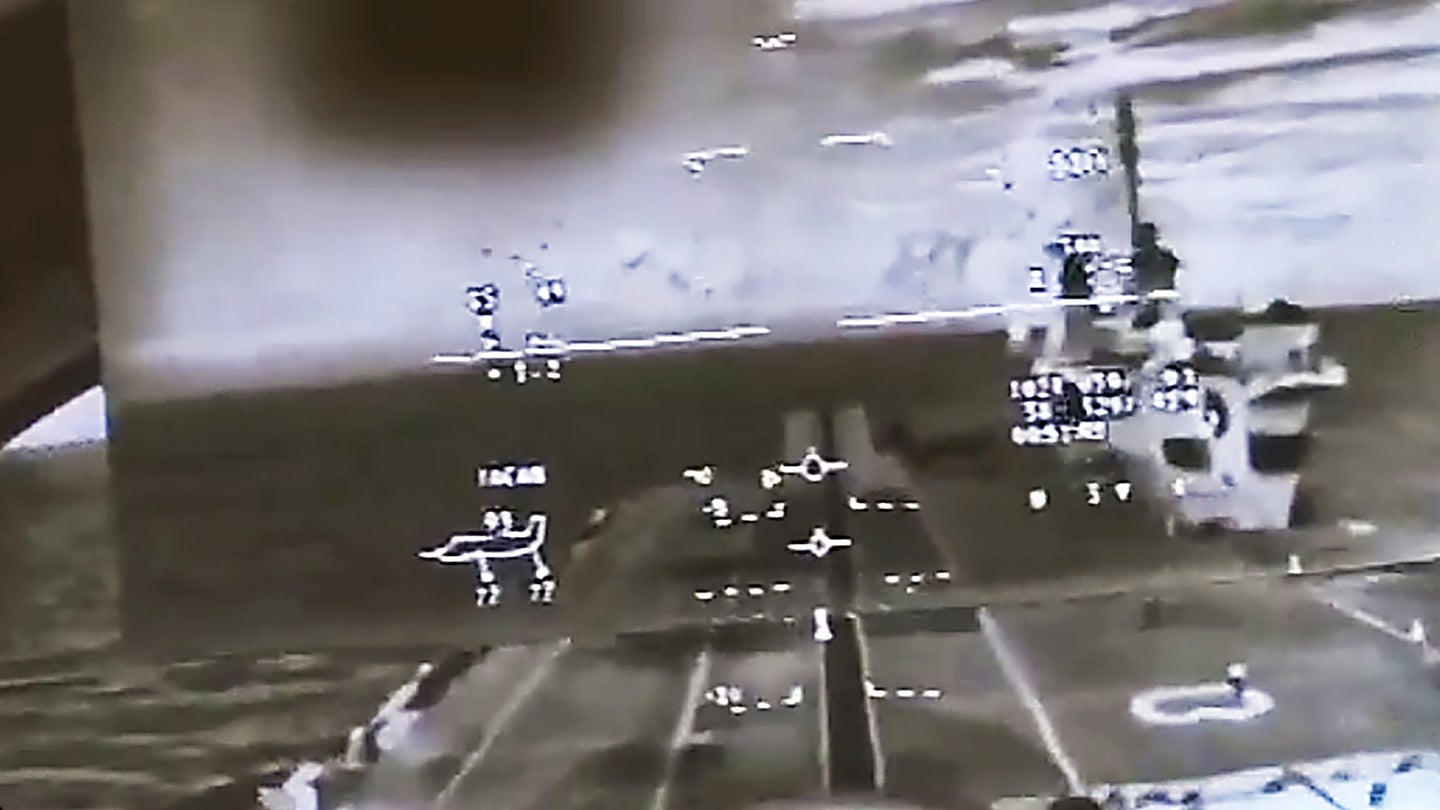 The F-35's Helmet Mounted Display (HMD) is one of the most interesting features on the entire jet. By seamlessly projecting imagery from cameras distributed around the exterior of the aircraft into the pilot's visor, they can "see-through" the aircraft's structure. The clip below shows a pilot landing aboard the HMS Queen Elizabeth during trials. Not only is it interesting to see what a real Shipborne Rolling Vertical Landing, or SRVL, looks like from the pilot's point of view, but it shows how the HMD projection from the Distributed Aperture Systems (DAS) allows the pilot to look right through the canopy rail.

Here's the video of the aircraft's "virtual heads up display" in action during an SRVL approach:

The Queen Elizabeth's ample deck size allows for these 57 miles per hour rolling landings that provide a larger recovery weight margin for the F-35B, as well as other flexibility when it comes to ease of efficient operations for the ship, fuel savings, reduced wear and tear on the aircraft's propulsion system and the carrier's deck, and more. You can read all about this maneuver, its utility, and its implications in this past article of ours.

The fascinating footage also shows what the pilot sees in their HMD when it comes to symbology. In the bottom left corner, the power output of the F-35's lift-fan and maneuvering rear nozzle appears to be shown. You can also see how the pilot is supposed to put a secondary vector symbol on the bracket for the perfect precision landing. This bracket is also marked by the red centerline deck lights. Here is a video of the same operation and HUD symbology from the simulator:

In another past piece of ours, we featured a clip from the F-35's HMD showing a nighttime vertical landing aboard an American Amphibious Assault Ship. You can see the virtual HUD and how it snaps into place digitally when the pilot looks forward. There were remaining issues with the helmet-mounted display during these delicate operations that are apparently sorted out or that Lockheed says it will sort out soon. The HMD as a whole has been a constant source of frustration for the program, but similar technology is now proliferating to other platforms and vehicles, just as predicted.

HMS Queen Elizabeth is going to head to sea with F-35Bs that belong to the United Kingdom, as well as a contingent of helicopters within weeks. The multi-month-long deployment will mainly take place off the coast of the United States, where USMC F-35Bs will also operate from her deck as part of a larger developmental mission.

If we are lucky, we will get more clips from the pilot's HMD perspective to garner a better understanding of its capabilities and how it interfaces with the pilot under different conditions and in different modes.

Lockheed Martin and Raytheon say the update will improve the jet’s capability and save money, but it could exacerbate existing sustainment issues.