Russian President Vladimir Putin has formally directed the country's authorities to devise a "symmetric response" to the U.S. military's recent test of a land-based Tomahawk cruise missile launch, a weapon system that the now-defunct Intermediate-Range Nuclear Forces Treaty, or INF, had prohibited. Of course, the most logical course of action is for Russia to publicly "unveil" the INF-breaching missiles it is already understood to have developed and fielded, which led to the collapse of the agreement in the first place. However, the Kremlin may need to wait to do so in order to maintain its claim that it does not already have these weapons.

Putin made his announcement during an open meeting with permanent members of Russia’s Security Council on Aug. 23, 2019. The Russian President had already pledged some form of response immediately after the Tomahawk test this past weekend, which The War Zone

covered in-depth. The Kremlin had also previously warned that it would deploy its own post-INF weapon systems if the deal collapsed, while at the same time continuing to deny that it already had at least one of these systems in service. The United States withdrew from the bilateral deal on Aug. 2, 2019, after arguing for years that Russia had deployed a treaty-breaking land-based cruise missile called the 9M729, also known as the SSC-8 Screwdriver to NATO.

"Considering the newly emerging circumstances, I instruct the Defense Ministry, the Foreign Ministry, and other specialized agencies to analyze the level of the threat, which the above-mentioned U.S. moves are creating for our country, and take comprehensive measures for preparing a symmetric response," Putin told the assembled officials. With the INF now gone, as noted, the most obvious course of action for Russia is to now publicly deploy the SSC-8/9M729.

The INF prohibited the United States and Russia from developing or fielding any land-based conventional or nuclear-armed missiles of any type with maximum ranges between 310 and 3,420 miles, though it did provide some leeway for ground-based testing of naval systems. The SSC-8 is widely believed to be a ground-launched derivative of Russia's combat-proven Kalibr sea-launched land-attack cruise missile.

Russia did publicly display a missile launch canister that it said was for the SSC-8/9M729, but also asserted that it was INF-compliant, in January 2019. The Russians did not show the actual missile, which made it impossible to independently assess those claims. You can read The War Zone's full analysis of the Kremlin's claims here. The existence of this missile may also require the Kremlin to give any "new" weapon a separate nomenclature to assert that it is indeed a new development.

The Russians may also need to first announce they are "developing" and "testing" this missile and allow for some amount of time before officially fielding it. This is especially likely given Putin's criticism of the rapidity with which the U.S. military demonstrated a post-INF missile system. "It is noteworthy that the tests of a missile with characteristics prohibited under the treaty were conducted just 16 days after the completion of the procedure of denouncing that treaty initiated by Washington," Putin added at the meeting.

Russia asserted for years, without providing any hard evidence, that the U.S. military's existing and planned Aegis Ashore ballistic missile defense sites in Europe also violated the INF since they used a version of the Mk 41 vertical launch system (VLS). Though variants of the Mk 41 can launch Tomahawks, among other weapons, the U.S. government said that the versions for Aegis Ashore were not capable of firing INF-breaching missiles. The Kremlin continued to dispute this, but also rejected offers to conduct inspections.

So, depending on how long the Russians decide they need before the SSC-8/9M729 can make its public debut, they may look to take more immediate courses of action. One possibility is that Russia will simply claim it has modified the older SSC-7, also known as the Iskander-K or 9M728, to increase its range.

The SSC-7/9M728 was already right at the edge of the INF's range limits and it might be possible for engineers to increase its fuel load by reconfiguring various internal components or reducing the size of its warhead. The missile that Russia claimed was actually the SSC-8/9M729 was itself a longer, modified SSC-7/9M728, though the Kremlin said this new weapon actually had less range than its predecessor.

However, doing this might imply that the SSC-7/9M728 was itself in violation of the INF. The treaty stipulated that designers had to craft compliant missiles in ways that prevented them from being quickly modified to increase their range.

Another option would be to follow the U.S. military's path and quickly build a ground-based launcher for unmodified Kalibr cruise missiles, especially given the SSC-8/9M729's reported commonality with this design. In addition, Russia already reportedly tested Kalibr derivatives from fixed test launchers on land, which was allowed under the INF as long as the final system was not land-based. However, this could look more like an improvised capability than an operational one, which does not seem to be what Putin has in mind.

Beyond that, despite Putin's call for a "symmetric response," it is also possible that the Kremlin may choose to demonstrate weapon systems that would have already been outside the bounds of the INF's restrictions. For instance, Russia has publicly said that it is developing a host other strategic weapons intended to defeat missile defenses, such as those the United States is developing and fielding. By every indication, the Kremlin's real issue with Aegis Ashore was and continues to be Russia's fears that America's missile defense shield could negate its deterrent capability, something that it, at least in its present configuration, is incapable of doing.

"Our work to develop the most advanced weapon systems that are truly unrivaled in the world was prompted and, it can be said, was provoked by the unilateral pullout of the United States of America from the Anti-Ballistic Missile Treaty," Putin added at the meeting on Aug. 23, 2019, underscoring this point. Russia has been developing advanced ballistic missiles, hypersonic boost-glide vehicles, nuclear-powered cruise missiles, and nuclear-powered nuclear-armed long-range torpedoes in recent years with the goal of negating missile defenses.

A prototype of the nuclear-powered cruise missile, which is called Burevestnik, or a related test article, is widely thought to have been involved in a still-nebulous accident two weeks ago. Russia has now admitted that this incident, which killed at least seven people, involved a nuclear-powered missile, though it has not specifically said it was Burevestnik, which is also known to NATO as the SSC-X-9 Skyfall. The exact scale and scope of the accident, including the extent of any radiation leaks, remains unclear and the Kremlin has reportedly taken steps that appear to be intended to conceal that information.

All told, concerns are growing that the United States and Russia may be heading toward a new arms race now that the INF is gone. Unfortunately, the available evidence strongly suggests that the two countries are already well on their way, if they aren't in the midst of this type of competition right now.

With Putin's marching orders in hand, the Russians will now be moving to demonstrate some type of post-INF missile system in the near future, regardless of whether it is actually new or not. 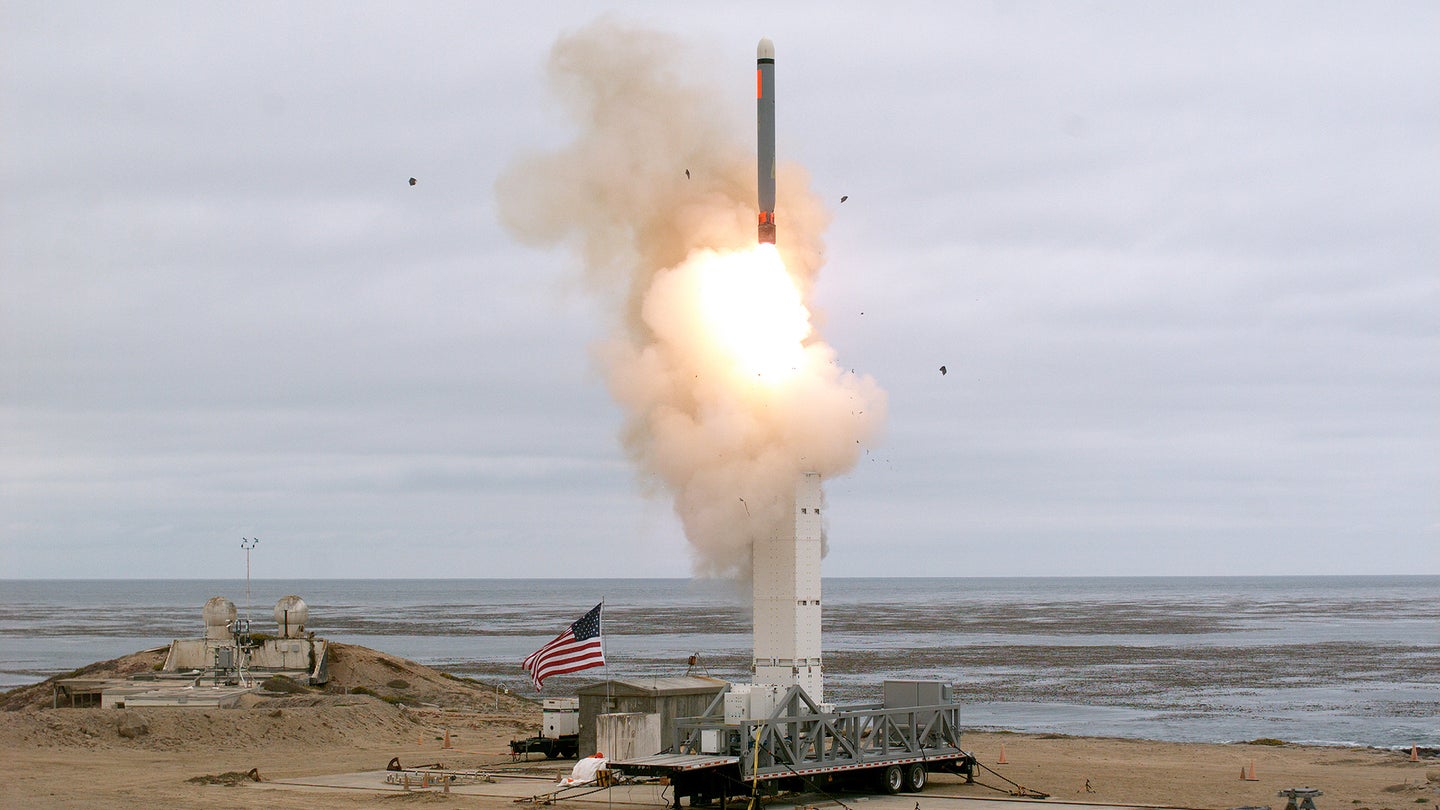 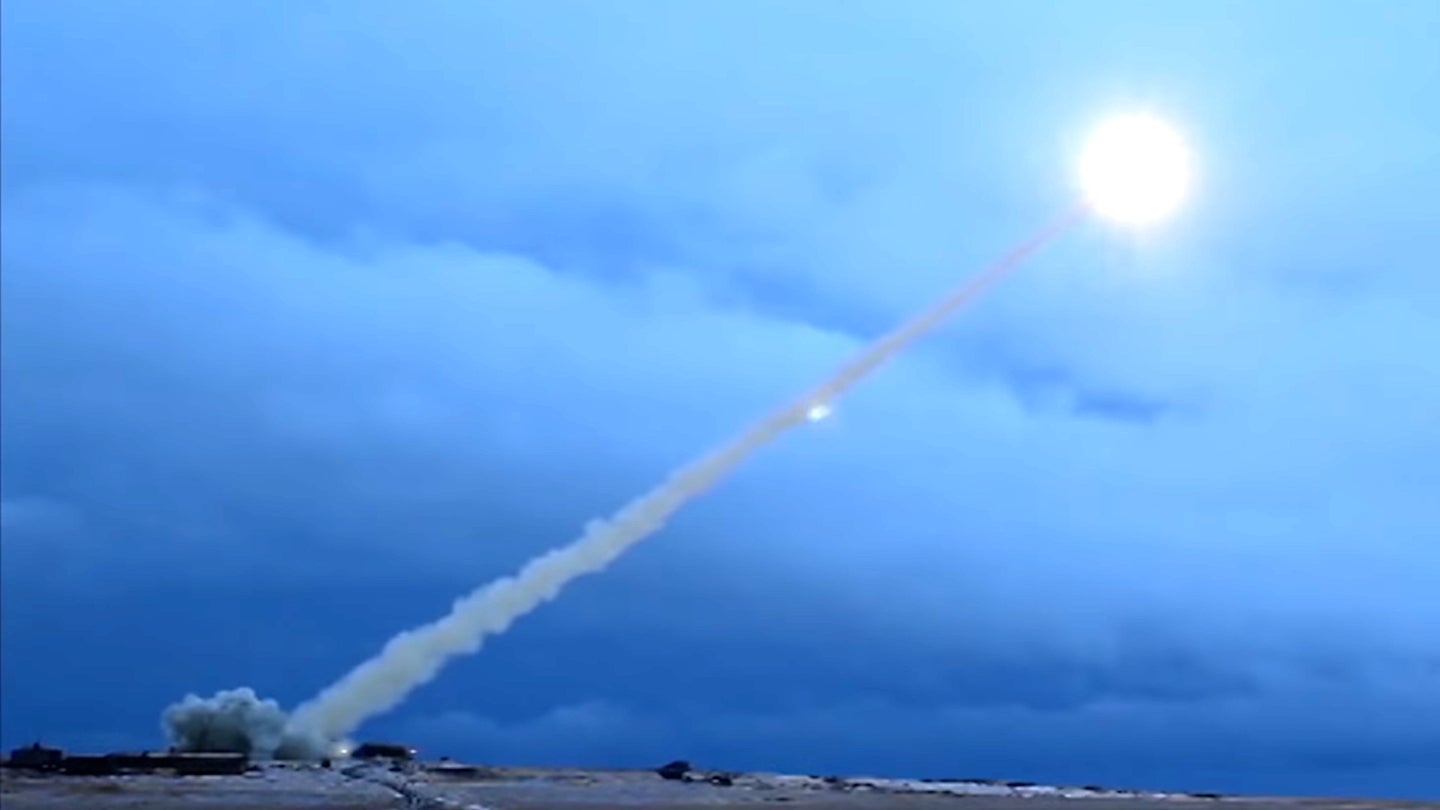 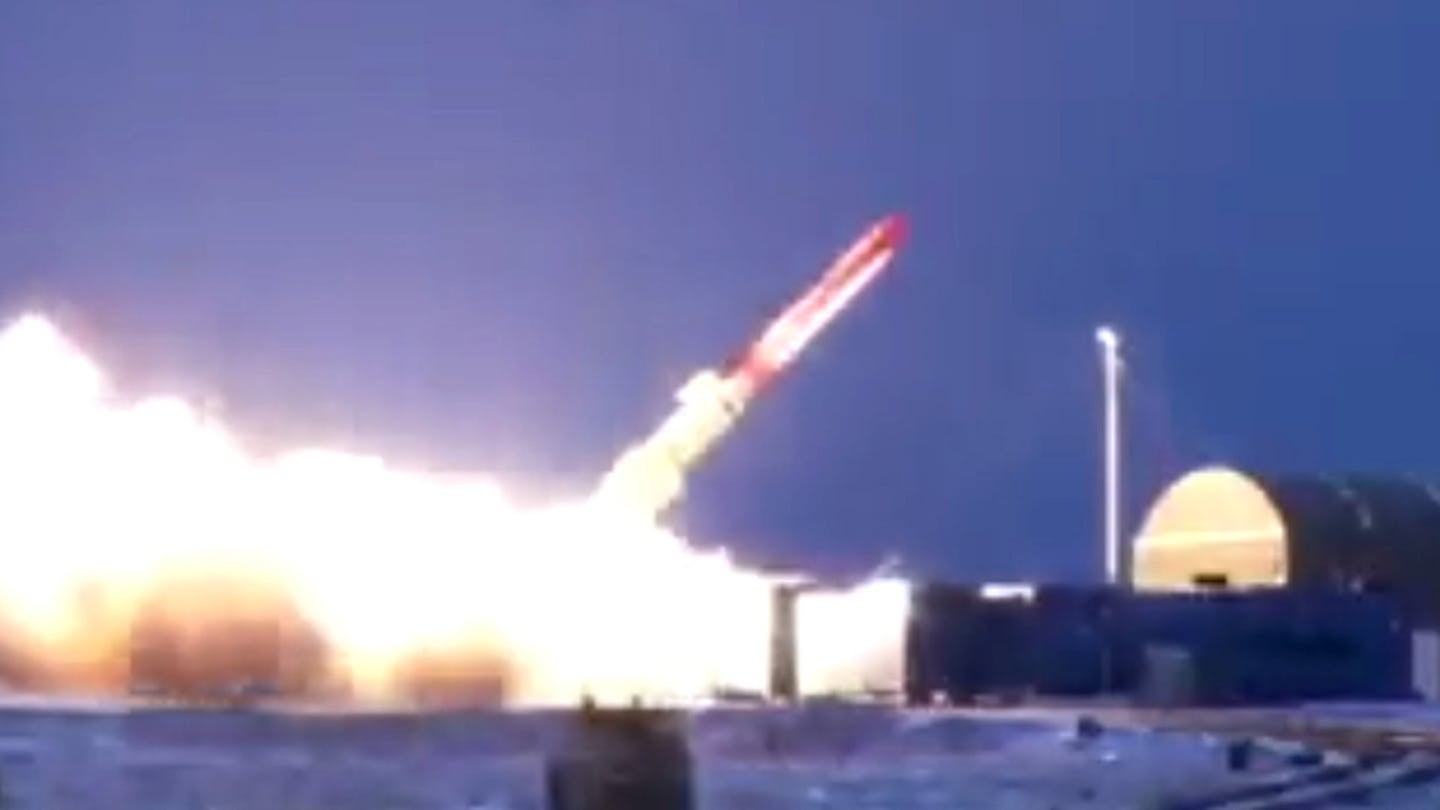 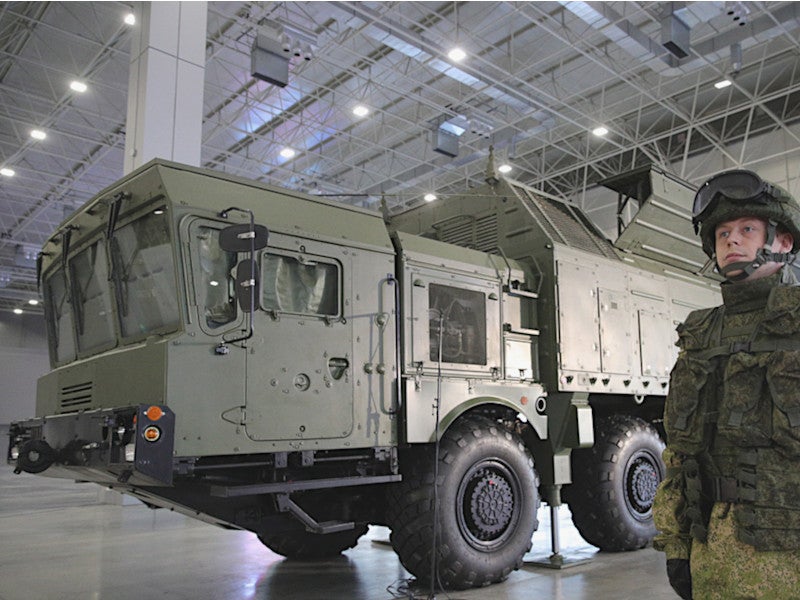 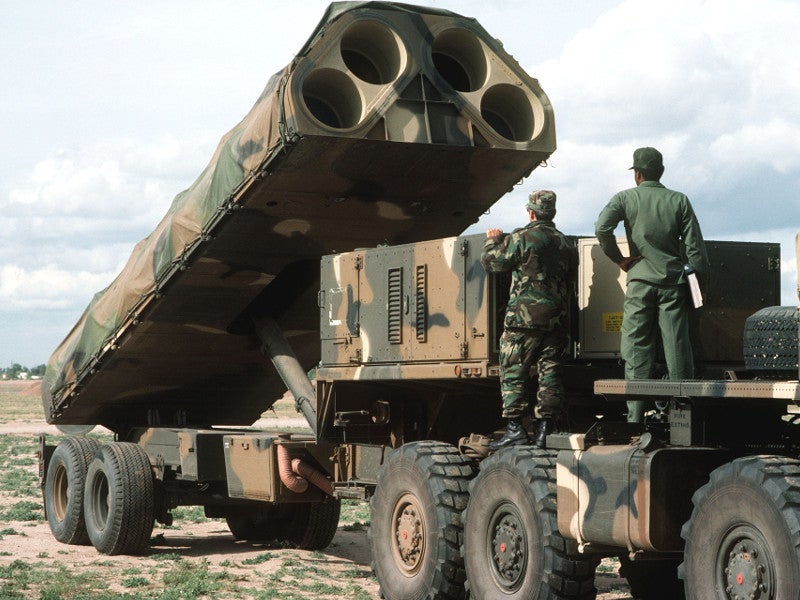