The friendly fire incident occurred in a historically tense area that is on extremely high alert for enemy drone activity. 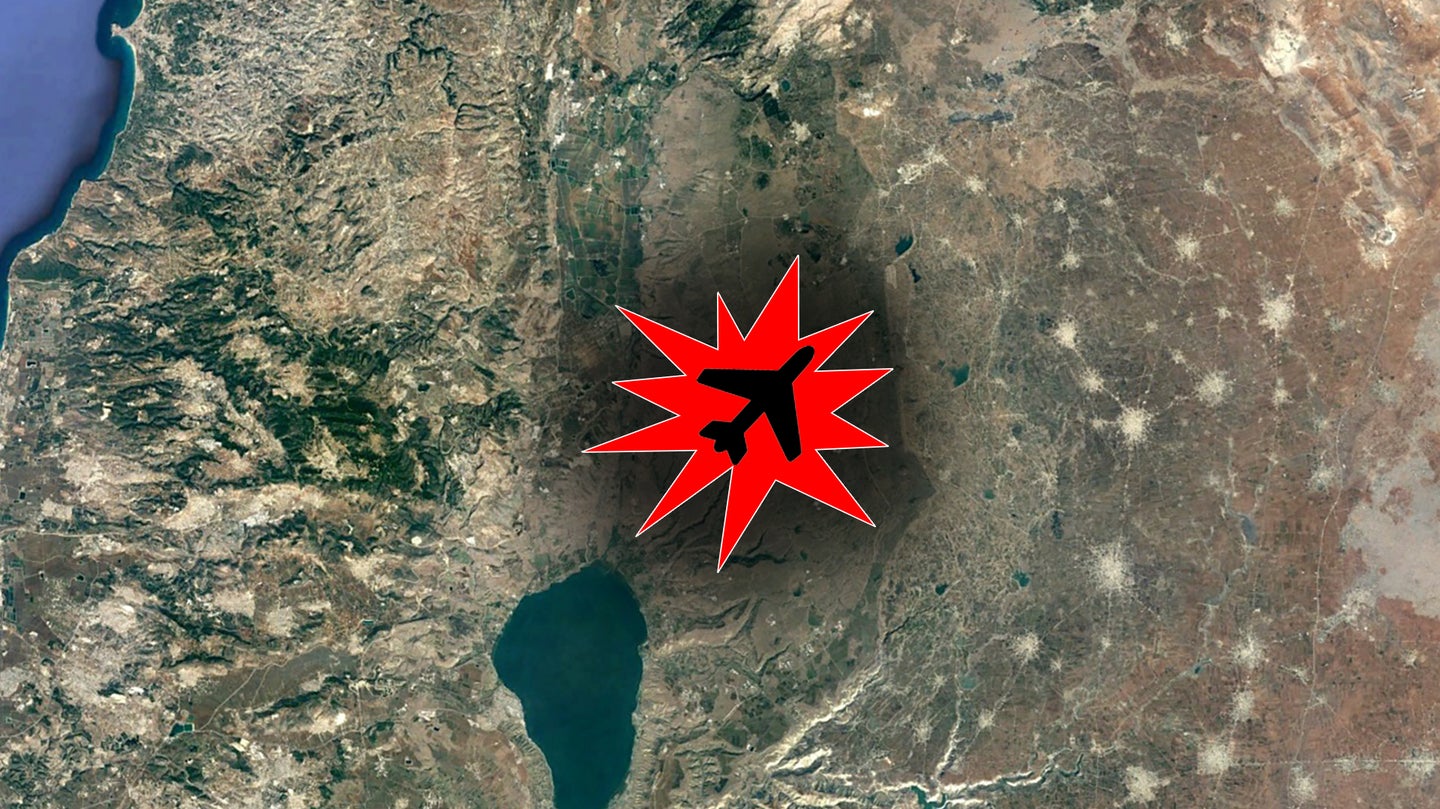 Details remain limited at this time, but the Israel Defense Forces have said that they fired on a light plane flying over the highly tense Golan Heights by mistake.

The IDF took to twitter to make a short statement about the incident, stating (translated):

An IDF force operating on the Golan Heights identified aircraft suspected of being a hostile aircraft that infiltrated Syria's surface and posed a real threat, so opened fire on it. After realizing that it was an Israeli civilian aircraft, he stopped the shooting... As part of an aircraft penetration protection procedure, the force in the field is expected to identify and watch over suspicious vessels. This is a serious incident under investigation and its lessons will be learned.

Reports are that the aircraft in question was an Italian-built "Texan Evo" type light-sport aircraft with the registration 4X-HYT. Supposedly, it was struck in the fuel tank, but appears to have landed safely.

Here is a picture of this aircraft:

Light-sport aircraft are quite small and often share powerplant types with medium-sized unmanned aircraft, so they would even sound like a drone of similar size. Considering IDF forces in the Golan Heights are on high alert for drone incursions from Syria, which have happened multiple times before, some of which have been shot down, one can imagine that it is possible that such a mistake could be made.

Iranian and Hezbollah drones have grown increasingly more sophisticated and capable of carrying deadly payloads. So, detecting them and bringing them down as soon as possible is a high priority. Everything from F-16s with Python IV missiles to Apache helicopters using Hellfire Missiles to Patriot surface-to-air missiles have been used for doing so, and ground forces are keenly aware of the threat and the need to mitigate it, too.

Israel is a true pioneer when it comes to deadly drones, especially those that are relatively inexpensive and are meant to be destroyed prosecuting their own attacks. These types of capabilities are proliferating rapidly to non-state actors as well as state actors, and launching overwhelming barrages of these types of drones is an emerging asymmetric tactic of choice for nefarious foes, which will make defending against them even harder in the years to come.

Hopefully nobody was hurt in the mix-up, and certainly, it will be a learning opportunity for the IDF and for pilots that fly in the area. If anything else, it is a stark reminder of how on-edge that region is due in part to the ever-expanding threat of unmanned aircraft.

Here's an interesting track from just hours ago of the aircraft over the area:

Below is video of the incident. Apparently, the pilot thought it was a bird strike and landed.

Israel still wants Iran out of Syria as Assad’s troops, backed by Russian and Iranian forces, get closer to its border.