This impressive and diverse gathering of tactical jets occurred in Wisconsin during exercise Northern Lightning.

An image posted by the USAF shows the apron at Volk Field in Wisconsin during exercise Northern Lightning. It represents a stunning depiction of American tactical jet capability and capacity. In fact, there are more fighters on that ramp than what some air forces have in their entire fleets. In total, there are 46 combat jets sitting on the flightline, ranging in capabilities and performance from AV-8B+ Harriers to F-22 Raptors.

The image was taken during last year's iteration of exercise Northern Lightning. Check out some other impressive photos from the exercise I dug up:

The exercise is one of the handful of high-end, large force employment (LFE) training events that the Air National Guard puts on every year. These are commonly revered for the intimate setting and high-quality interoperability training scenarios they offer that range all over the air combat spectrum. A big component of these LFEs is integrating 4th generation assets, like Super Hornets, Eagles, and Vipers, with 5th generation stealthy assets, like Lightnings and Raptors.

Because of communications limitations, capability disparities, and performance differences, this can be challenging. So, getting crews familiar with the advantages that each asset brings to the fight, and how to maximize those advantages for the greater good, while also minimizing each asset's unique disadvantages, is absolutely essential for working successfully as a team. This is not just some Pentagon corporate speak. Literally, the level of familiarity fighter aircrews have with working directly with more advanced or less advanced assets can mean life and death in a real combat scenario where the other side is actually trying to shoot them down.

Northern Lightning also has a testing component usually baked into it, as well. Hence why you see F-15s and F-16s from the USAF's operational test units in the photos. New weapons and systems, and the tactics that go along with them, can be put to the test in LFE scenarios alongside frontline pilots during the exercise to get a better idea of how they will perform outside of a strict developmental environment.

The latest iteration of Northern Lightning, the second this year, kicked off just last week and will run through this week. According to a Wisconsin Department of Military Affairs press release, F-35s, F-22s, F-16s, EA-18s, and C-130s will be taking part in this evolution of the drills. It's also common for outside assets, such as airborne early warning and control aircraft, bombers, and tankers, to fly into the exercise airspace from remote locales for this type of training event.

“We look forward to another successful Northern Lightning exercise,” May said. “Our Airmen have been working hard in anticipation of this event so that we can continue the tradition of making this one of the best military exercises in the country. Our reputation as the premiere counterland training site, due to relevant training and our ability to blend the live and synthetic domain, has set us up to host an Air Force and Marine F-35 squadron along with dedicated adversary aircraft. They will integrate with the F-22, fourth generation aircraft and ground forces to prepare our military for the next generation of warfare. I am proud of every Solider, Airman, Marine, and Sailor who have made Northern Lightning what it is today.”

Pilots and air crews participating in Northern Lightning can expect to operate in a contested environment with adversary aircraft, electronic jamming and simulated surface-to-air threats, and such training is critical to building readiness for the threats and missions the nation faces."

The first Northern Lightning exercise of 2019 took place in May. According to the Wisconsin Department of Military Affairs, it saw "350 sorties flown, 400 bombs dropped and approximately 3,000 ground control tasks executed at Volk Field, Hardwood Range, and Fort McCoy.” So, we are talking a lot of flying action emanating from Volk Field, which is located in a somewhat rural area that usually doesn't hear so much jet noise in such a compressed period of time.

Volk Field is one of the Air National Guard's Combat Readiness Centers. No aircraft are permanently based there, but many types frequent the installation throughout the year for various training evolutions, both big and small. The installation exists in part due to the ample training airspace nearby where a large spectrum of missions can take place, including live air-to-ground training, as well as air-to-air combat.

Although this Northern Lightning may be a bit smaller than the one pictured above, hopefully we get some great shots of the ramp to compare to 2018's highly impressive showing. 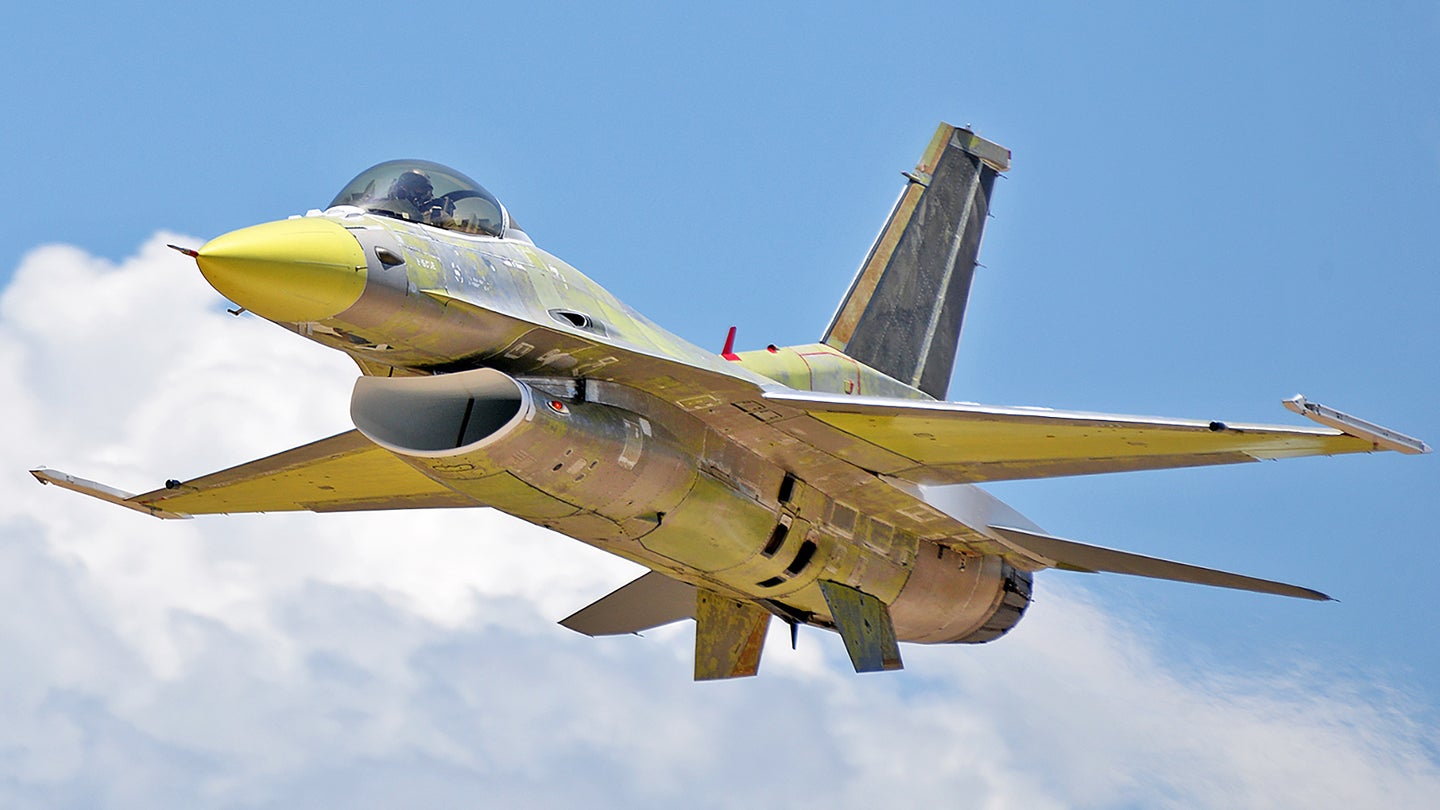 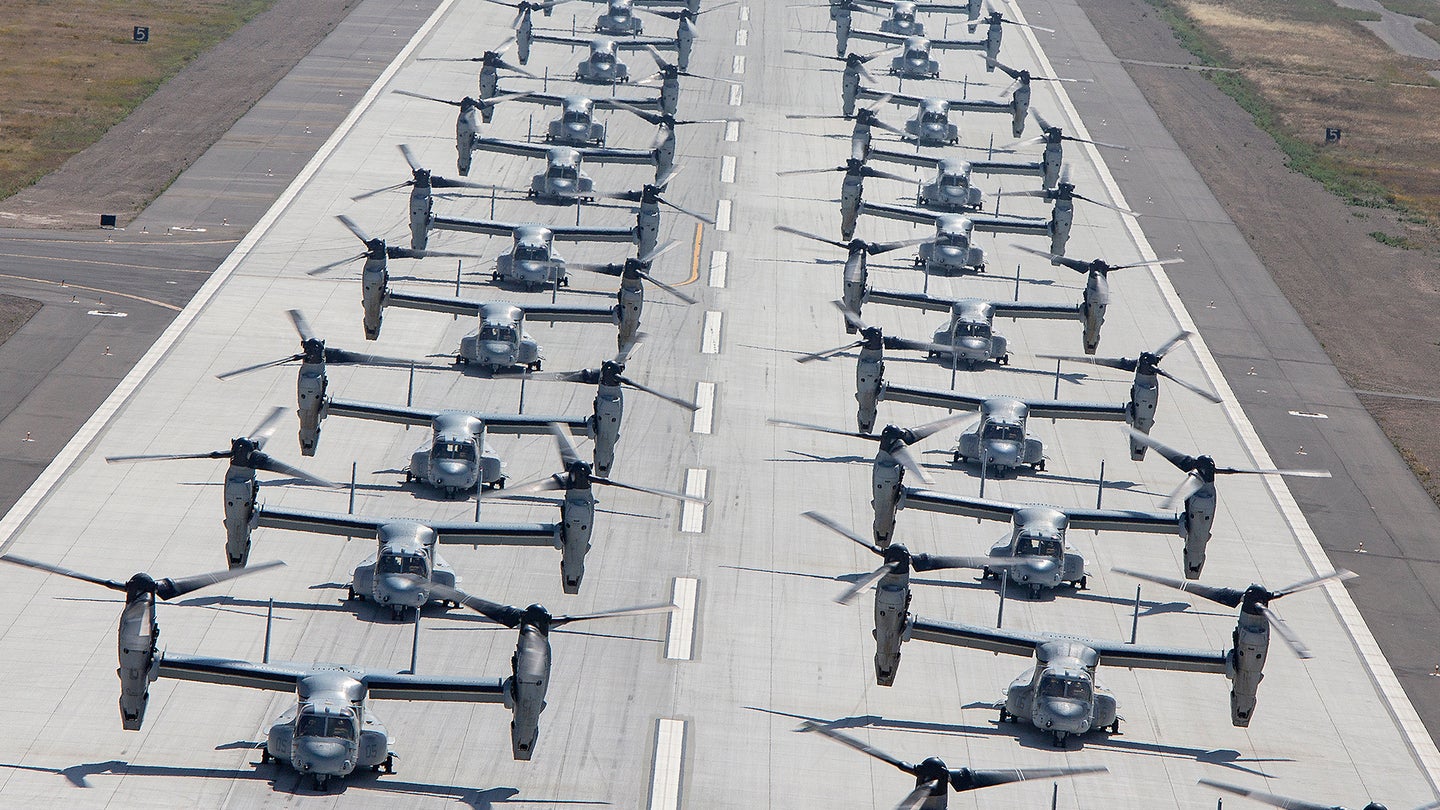 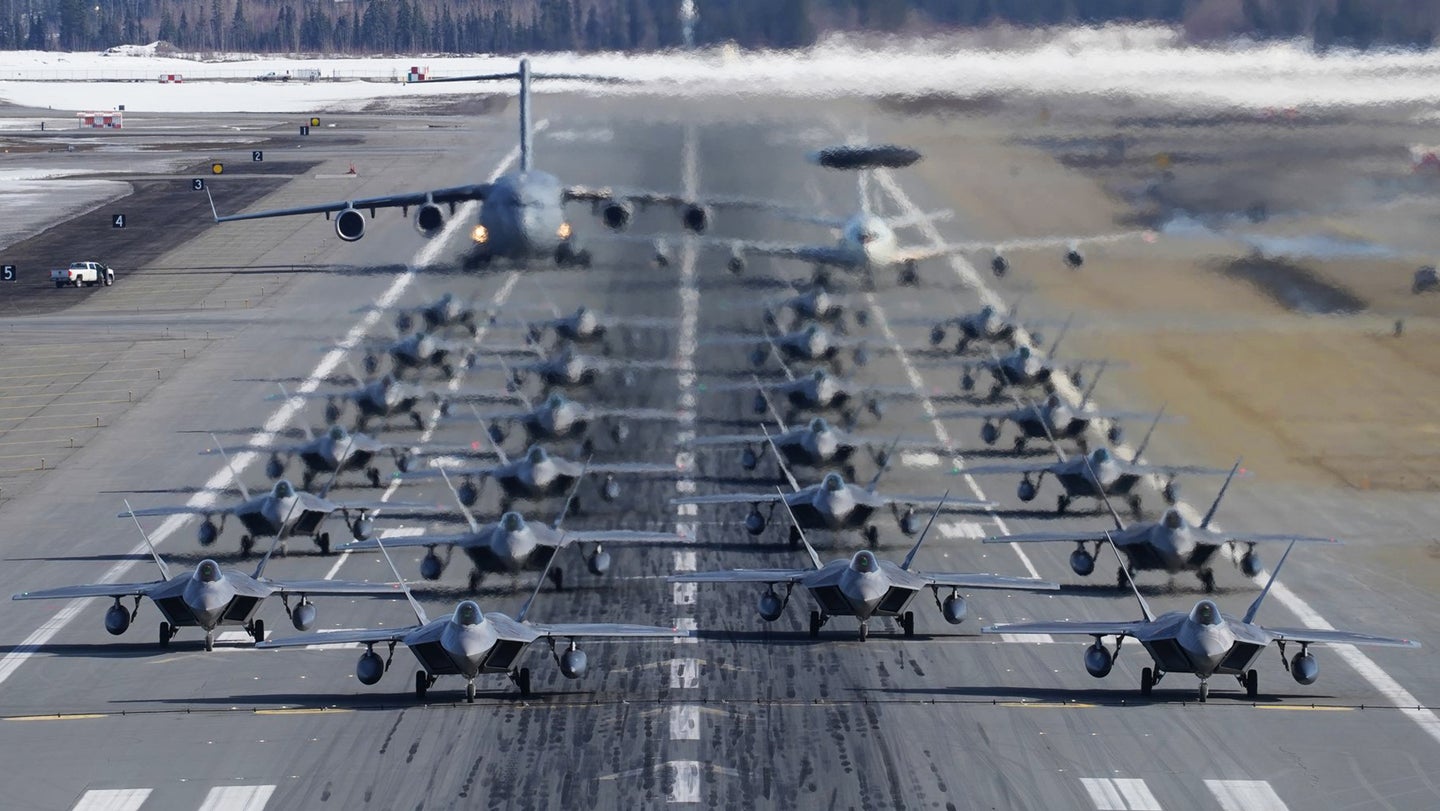