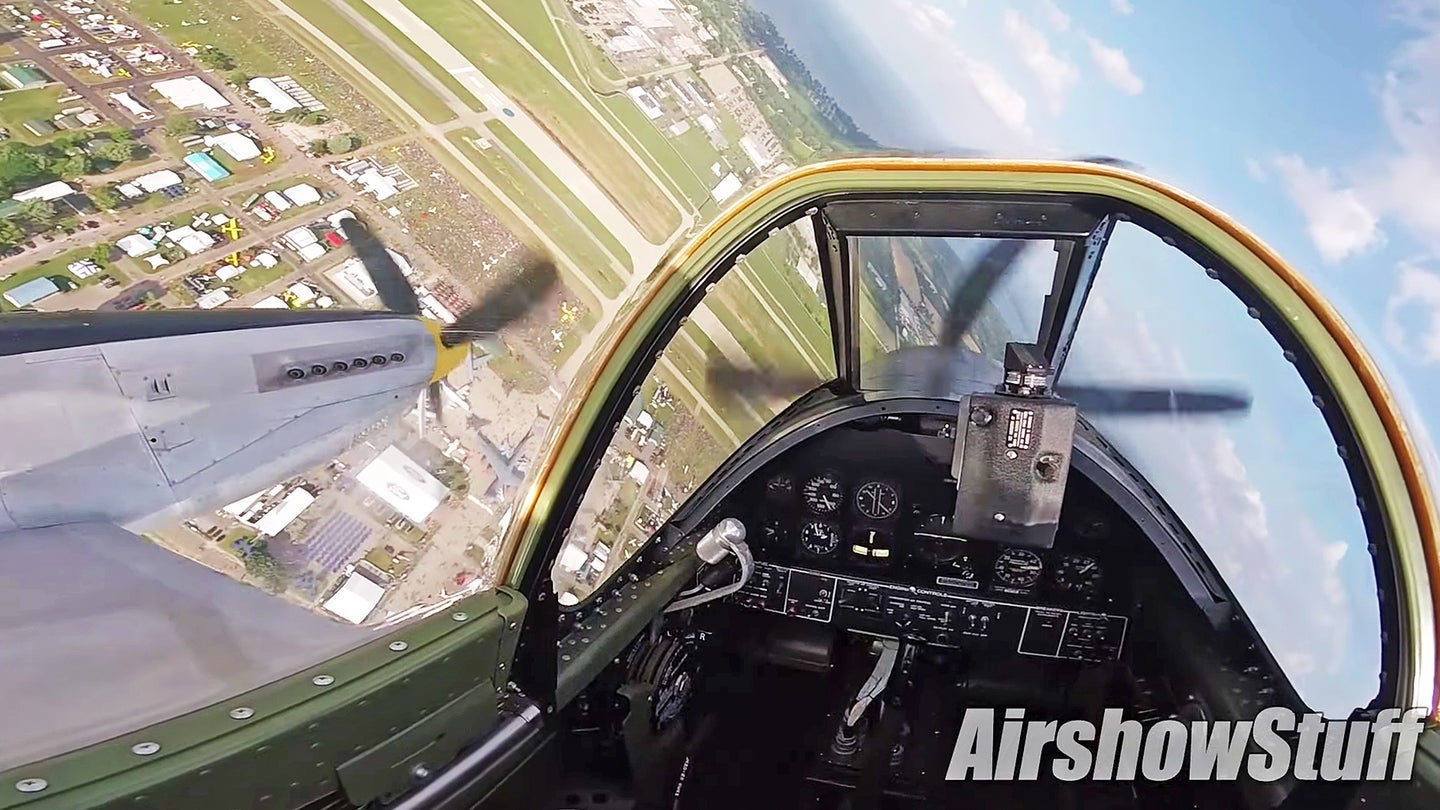 We had been tracking the progress of Tom Reilly's XP-82 Twin Mustang project as it finally approached and executed its first flight. Now, after over a decade of work, the Twin Mustang has finally roared through the skies over the Experimental Aircraft Association's Airventure Air Show in Oshkosh, Wisconsin. Although the modern military participants are usually a big hit as they rocket through the air with afterburners alight, the one-of-a-kind and ridiculously ambitious Twin Mustang project is what EAA is really all about.

Once again, our friends over at Airshowstuff.com knew exactly how to best cover the Twin Mustang's participation at Oshkosh, just as they have done in the past with other aircraft of major historical significance—they put the viewer right in the cockpit. In this case, it is in the right-side cockpit of the XP-82, the one without the pilot in it. This also provides us with a clear view of the stick inputs throughout the aircraft's flight and an awesome, but a little bit bizarre perspective on the XP-82's other Packard Merlin V12 churning away. It almost looks like another P-51 is in extremely tight formation, but that's just a very real reminder of the crazy design configuration of the Twin Mustang.

In addition, the Airshowstuff.com team also shot the aircraft flying from the ground. The sound alone in both videos is worth the time you take watching them. Also, keep in mind that the cockpit XP-82 video itself is unlike any other in existence. It had been decades since a Twin Mustang flew, long before the GoPro revolution began. In other words, this is a truly groundbreaking warbird video.

In total, it took 207,000 hours of labor to get the 70-year-old XP-82 into an airworthy condition. It is so exciting to see it actually flying. People like Tom Reilly who dedicate ridiculous amounts of time and money to keeping our flying heritage alive have our greatest respect and admiration. They make things that seem impossible, possible. Truly amazing.

There's only one thing better than a Mustang... A Twin Mustang! Well, then again, maybe a P-61 Black Widow!