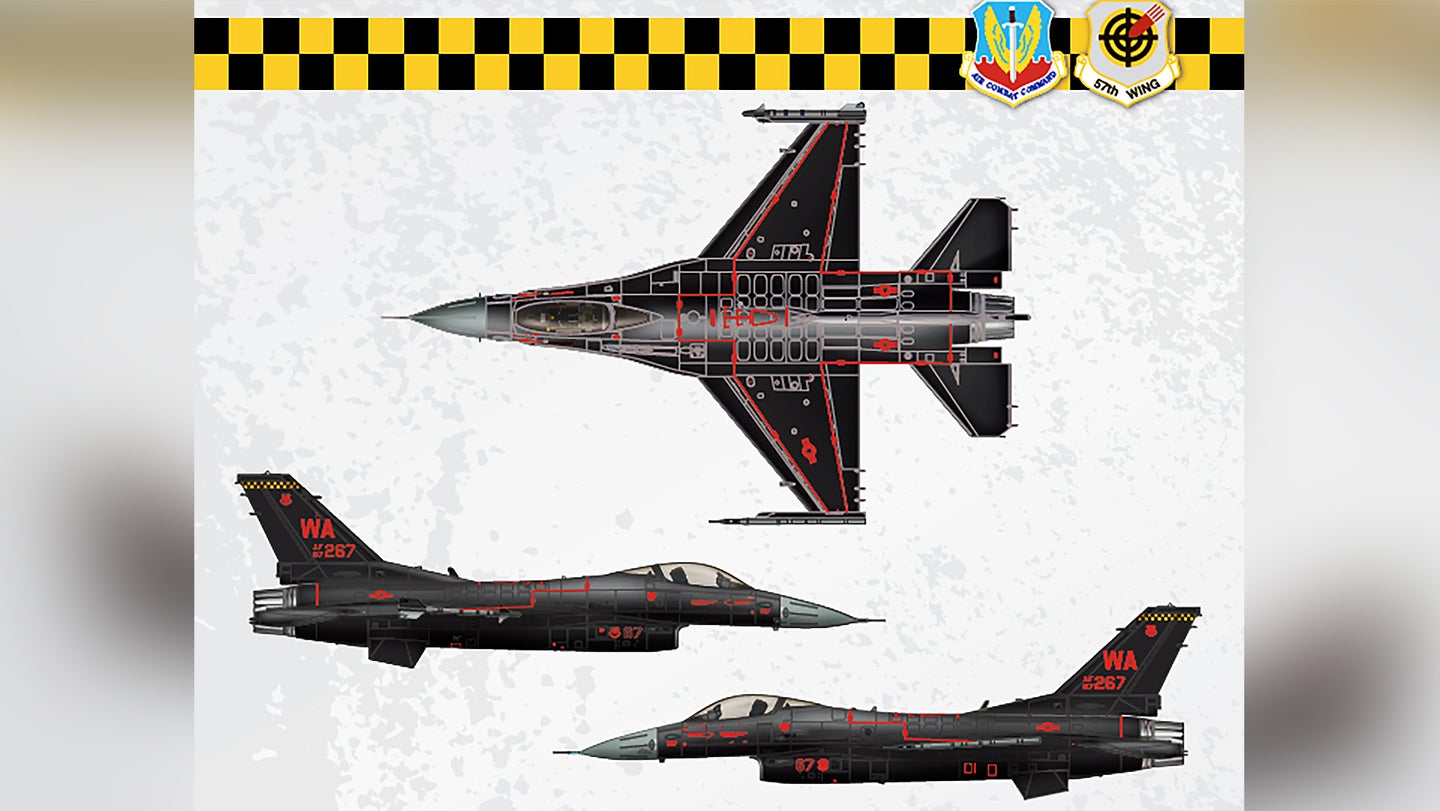 The commanding officer of the sprawling 57th Wing that calls Nellis Air Force Base in Las Vegas, Nevada home is up to it again. This time around he isn't running a social media contest to select a new aggressor paint scheme for one of the resident 64th Aggressor Squadron's F-16C/D Vipers, he's taking a poll as to what to name a new black and red motif that is already slated to adorn one of the adversary jets.

You can read all about how these paint schemes are picked, why they are needed, how Brigadier General Robert Novotny came up with the idea to engage the Facebook community in regards to picking them, and so much more, in this past interview of ours with the General himself. With the highly anticipated and crowdsourced "ghost" scheme already flying, this new black and red design is definitely worth turning people's attention to. In fact, two years ago, I thought this scheme had already come to be.

A jet painted just like this, albeit without all of its titles, appeared at Red Flag Alaska that summer. I dubbed it the 'SR-71' scheme because it looked a lot like the iconic paint job on the Blackbird.

It turns out that the aircraft in question—there were actually two—had its matte black basecoat applied during depot servicing. After returning to the 18th Aggressor Squadron at Eielson AFB in Alaska, there wasn't enough time before Red Flag kicked off for the paint barn at the base to finish the paint job. So it flew missions in its black and red motif. What emerged after the paint job was finally applied, was one of the coolest 'splinter' style schemes around.

At the time, I thought the black and red arrangement looked absolutely awesome, and it is somewhat similar to some of the paint jobs China has experimented with on their new stealth fighters—the J-31/FC-31 and the J-20. Now it seems that the aggressors at Nellis agree and are going full-in on seeing that the concept becomes a reality.

You can vote on what to name this newish design on the 57th Wing Commander's Facebook page. The options are currently 'Wraith' and 'Fury,' with Wraith leading by a sizable margin after 820 votes have been cast.