Marines Winding Down Weapon Systems Officer Position, F/A-18Ds To Fly With Pilot Only

The long-established Weapon Systems Officer position is in the twilight of its existence within the Marine Corps tactical jet community. 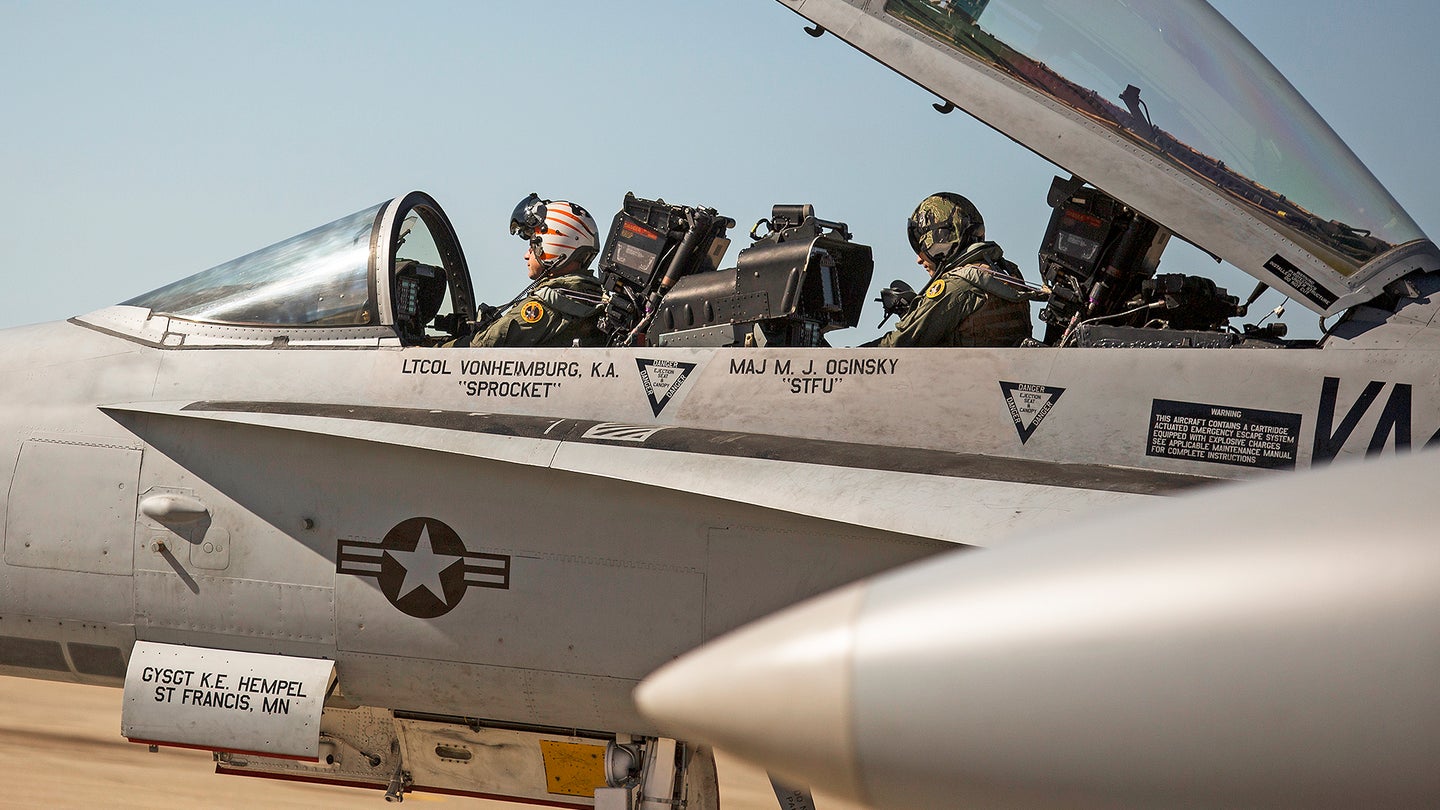 In our exclusive report on the integration of single-seat F/A-18C models into traditionally two-seat F/A-18D 'all-weather' Marine strike-fighter squadrons, and vice-versa, The War Zone has learned that the Marines are in the process of winding-down the Weapon Systems Officer (WSO) position entirely. Once existing WSOs filter out of the Hornet community, the remaining missionized (not trainers) F/A-18Ds will be operated by just a pilot.

Captain Christopher Harrison, a Communications Strategy Officer for Marine Corps' headquarters in the Pentagon, replied to The War Zone's follow-up question regarding the fate of Hornet WSOs as such:

"The Marine Corps is no longer accessing WSOs. However, all WSOs currently in service and training will be utilized in F/A-18Ds until the platform is deactivated or there are no more WSOs in the fleet, whichever comes first. Further, we do not expect the Marine Corps to man F/A-18Ds with two pilots (i.e. a pilot replacing the WSOs spot) once we reach a point where there are no longer WSOs in the Fleet. A pilot can fly and execute all missions in an F/A-18D without a WSO in the backseat (i.e. keeping the seat empty). Having a WSO simply adds increase proficiency in certain mission skills, such as FAC(A) [Foward Air Control-Airborne]."

The writing was on the wall for the WSO job in the USMC's tactical aircraft community ever since the service decided to move to an all F-35B and F-35C fighter force. But a series of factors, including the Navy largely retiring its Legacy Hornet fleet in favor of buying new Super Hornets and the USMC not prioritizing retiring the Hornet or the Harrier as new F-35s are delivered, seems to have impacted the timeline of the WSO's demise and the unique identity of the Marine all-weather strike fighter squadrons they work for.

Once the last WSO leaves the fleet, it will mark the end of a long heritage of Marine fighter and attack aircraft that leveraged the two-crew concept of operations for the service's most challenging tactical air missions. This includes decades of operations of F-4 Phantoms with Radar Intercept Officers and A-6 Intruders with Bombardier Navigators onboard.

Just earlier this year, the Marines also said goodbye to their only other multi-crew tactical jet that was in service, the EA-6B Prowler. That aircraft has no direct replacement within the USMC.

The Legacy Hornet still has at least a decade of service left in it with the USMC. 84 of the jets are going to be updated with powerful Active Electronically Scanned Array (AESA) radars, along with other smaller upgrades, that will give them a whole new level of capability as they venture into the twilight of their flying careers.

Still, it's bittersweet to see the end of the Marine all-weather tactical jet squadron and the two-person crew concept that gave those units enhanced abilities over their single-seat counterparts. At least if any of the fully missionized F/A-18Ds are still floating around in units that will primarily fly the single-seat C model, another pilot could jump in the back if a bit more situational awareness is needed for certain missions. But that isn't the same as having a specialist WSO onboard who has focused their entire fast-jet career on mastering all the tactical tasks aside from flying.

The WSO position will still be going strong in the U.S. Navy for decades to come as its F/A-18Fs make up a substantial portion of the fleet and there is no end in sight for the USAF's WSOs which man a more diverse set of platforms.