Russia is reportedly looking to develop an AC-130-like gunship armed with a pair of 57mm automatic cannons, as well as additional smaller guns. The first phase of the project would involve the conversion of an Antonov An-12 Cub cargo plane into a flying testbed to experiment with different weapons and tactics, techniques, and procedures.

State-owned media outlet TASS reported the new development on June 26, 2019, citing an anonymous source within Russia's state-run military-industrial complex. This individual disclosed the new information on the sidelines of the Army-2019 international military and technical forum, which had opened the day before. This annual event offers, among other things, an opportunity for Russian defense contractors and the Russian military to show off new and improved aircraft, vehicles, weapons, and other military hardware, as well as systems still in development.

Work has begun to "develop a flying [artillery] battery – an aircraft directly supporting troops on the battlefield, similar to the American AC-130 gunships," the source told TASS. "The An-12 military transport aircraft with two 57mm guns will be used as a flying laboratory."

This individual did not say what company or companies would be involved in the project, what type of 57mm guns they would install on the An-12, or why they would use that particular plane as the testbed. The four-engine Soviet-era turboprop cargo plane has been out of production since 1973, but the aircraft remains in Russian military service and is roughly analogous to the C-130 Hercules, which serves as the basis for the AC-130.

The most likely candidate for the 57mm gun is the increasingly popular BM-57, a modernized derivative of Soviet-era S-60 anti-aircraft gun. UralVagonZavod (UVZ), Russia's main tank and armored vehicle manufacturer, as well as its numerous subsidiaries, have been experimenting with mounting this weapon on a variety of different vehicles, including the BMP-3 infantry fighting vehicle and T-15 heavy armored personnel carrier, in recent years.

At the MILEX-2019 military trade show in Belarus in May 2019, Alexander Potapov, UVZ's general director, said his company was working on how to possibly integrate 57mm cannons onto other platforms besides vehicles. This included exploring the potential to mount the guns on Russian Navy ships and Russian Air Force aircraft, he added, according to TASS.

It's not entirely clear why the Russians might be interested in creating their own version of the AC-130 now, either. The general concept of converting cargo planes into armed gunships has been around for more than 50 years now, but the U.S. Air Force has remained the largest and longest operator of such planes.

Today, that service uses them almost exclusively to support special operations forces and at night, where they can also use their powerful sensor suites to also perform persistent intelligence, surveillance, and reconnaissance (ISR) and armed overwatch missions. Russian special operations units, commonly known as Spetznaz, have been steadily taking some inspiration from their Western counterparts and have been increasingly employed overseas in various limited conflicts, especially in Syria, all of which might have prompted demands for a capability akin to an AC-130.

The general principle behind the side-firing gunship is, by now, well-established and combat-proven. A plane with guns sticking out one side and flying in a tight circle over a particular target can provide precise fire even without the aid of modern sensors and combat-aided stabilization and targeting systems. To this day, variants of the AC-130 employ simple holographic sights meant for small arms and light weapons mounted facing out one of the side windows in the cockpit to help the pilot keep the aircraft stable in its orbit around the target area.

In addition, though automatic cannons fire high-explosive shells, they also simply offer a smaller blast radius than traditional bombs and missiles, making them well suited to engaging targets that may be dangerously close to friendly forces. The U.S. Air Force had been working to develop gunships that would almost exclusively employ precision-guided munitions, rather than guns, but has steadily reversed course for this reason.

For the Russian Air Force, which still relies heavily on unguided munitions, a side-firing gunship could be an especially valuable, not to mention cost-effective, addition for providing more precise fire, especially in lower-risk environments. For instance, Russia remains heavily engaged in Syria, fighting various militants and terrorists opposed to the regime of Syrian dictator Bashar Al Assad, often in urban environments, where more precise aerial fire support able to engage opponents relatively close to friendly troops could be invaluable.

The gunships would also be able to rapidly engage multiple targets with overwhelming firepower and loiter over a particular part of the battlefield for an extended period of time. A mix of different caliber cannons, as is found on American AC-130s, could give Russian gunships additional flexibility. Russia could also look to arm these aircraft with other munitions, including unguided and guided bombs and missiles.

It wouldn't be the first time the Russians have explored the idea of using a cargo plane as a bomber. In 2015, the Russian Air Force experimented with four-engine Il-76MD jet transport modified to carry bombs. The Soviet Antonov design bureau originally designed the An-12 with provisions for bomb racks on the main landing gear sponsons so it could serve as a bomber, if necessary, before removing those features in subsequent variants. It also experimented with a cargo bay-mounted "conveyor" that would have dropped bombs right out the back.

With a suitable sensor suite, the aircraft could perform the nighttime ISR and overwatch missions, just like U.S. Air Force gunships. Russia has already developed a host of electronic warfare and countermeasures systems that could help ensure the survivability of an armed cargo plane flying under the cover of darkness, as well. A version of the President S directional infrared countermeasures system, which uses turreted lasers to blind and confuse the seekers on short-range heat-seeking surface-to-air missiles, would be one particularly useful addition for operations in the Syrian theater, where this threat has been particularly pronounced.

There's also no particular reason why Russia would have to stick with the An-12 as the platform for an operational gunship. Blackwater founder and notorious private military contractor Erik Prince had proposed converting smaller twin-engine An-26 turboprops into side-firing gunships as part of a plan to form a private air force to support the government of Afghanistan. Many of Antonov's smaller designs also had similar bombing capabilities to the An-12, too. The Indian and Iraqi Air Forces have been particularly significant users of the An-32 in the bomber role in the past.

With this in mind, a Russian-made side-firing gunship design could find significant interest on the export market. Lockheed Martin is already pitching a kit to convert C-130s into armed special operations platforms and Airbus and Leonardo offer similar conversions for the twin-engine C-295 and C-27J turboprop cargo planes respectively

TASS's source didn't say when the An-12 testbed might be ready or give a timeframe for when operational gunships might begin to enter Russian service, but there are definitely reasons why the Russian Air Force would be interested in acquiring its own gunships. Also, when compared to the Kremlin's near-constant claims of often dubious high-tech military hardware developments, this particular project is very plausible and makes good sense given Russia's experiences in Syria.

We'll just have to wait now to see when and if a Russian take on the AC-130 concept actually emerges. 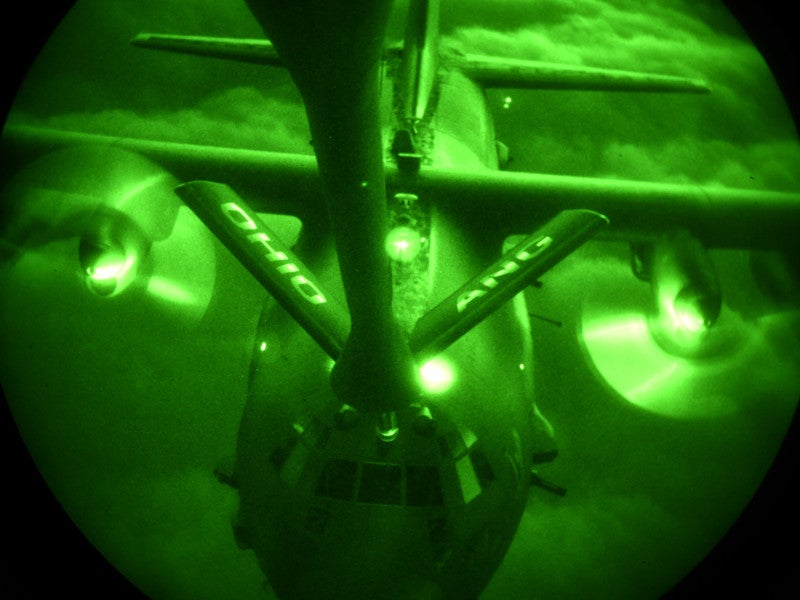 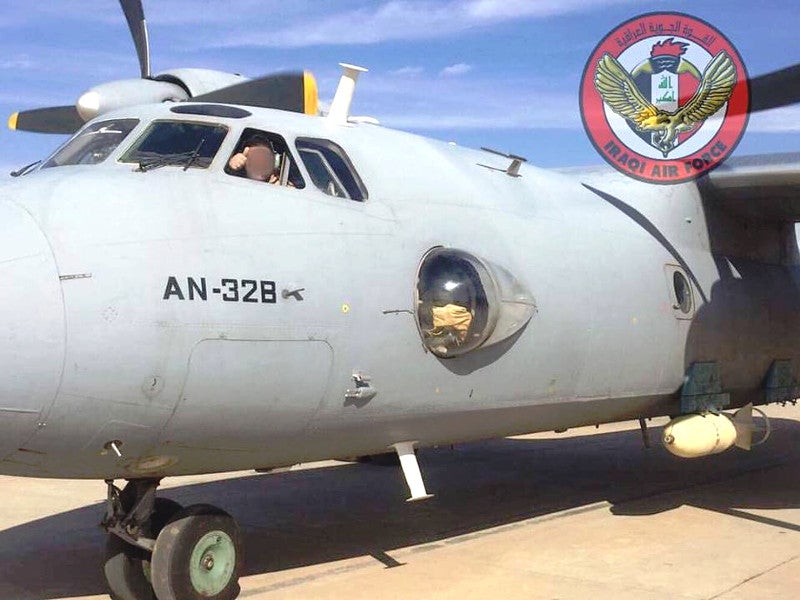