One of Russia's newest warships, the first-in-class Project 22350 frigate Admiral Gorshkov, is sailing in the Caribbean and may be headed toward Cuba. The ship's presence in the region might incite the ire of the United States, especially if it also makes a visit to a port in Venezuela, where the U.S. government and Russia continue to support

competing political factions. Wherever it sails, its impact might be somewhat muted by the fact that the rest of its flotilla consists of three support ships, including a heavy tug that often shadowed the Russian Navy's accident-prone and now indefinitely out of commission aircraft carrier Admiral Kuznetsov.

The Admiral Gorshkov transited from the Eastern Pacific Ocean into the Caribbean via the Panama Canal on June 17, 2019. The Russian Navy's Northern Fleet says that it expects the first-in-class Project 23120 multi-function logistics ship Elbrus, the medium ocean-going tanker Kama, and the heavy ocean-going tug Nikolay Chiker to all have crossed into the Caribbean by tomorrow, according to an official statement. There is no formal word yet on where the ships are headed.

The flotilla has already traveled some 26,000 miles since leaving the Northern Fleet's main base in Severomorsk in Russia's far north in February 2019. This included stops in Djibouti in the Horn of Africa and Sri Lanka in the India Ocean before visiting China. There the Admiral Gorshkov took part in a major naval parade to mark the 70th anniversary of the creation of the People's Liberation Army Navy. The ships also stopped in Ecuador before sailing to the Panama Canal.

"It is assumed that in June the ship will carry out tasks in the Caribbean for some time," an unnamed "informed source" told Russian media outlet Interfax, according to a story on June 18, 2019. "It is expected that he [Admiral Gorshkov] will go to one of the ports of Cuba."

But the bigger question is whether or not Russia will send the frigate to Venezuela, where the Kremlin continues to support dictatorial President Nicolas Maduro, who has been in a protracted political standoff with opposition leader Juan Guaido since January 2019. The United States and a significant number of Latin American countries, along with others around the world, have recognized Guaido as the legitimate head of government. Maduro, with substantial support from its own international partners, chiefly Russia and Cuba, has refused to step aside and has brushed off attempts to depose him more forcefully.

The crisis continues, though it has largely faded from international headlines. But if Admiral Gorshkov sails into a Venezuelan port it is almost certain to draw a rebuke from the United States and could lead to a new surge in tensions in the region. The U.S. government was strongly criticizing Russian military deployments to the Latin American country even before recognizing Guaido's authority. It notably responded very angrily to the Russian Air Force's deployment of two Tu-160 Blackjack strategic bombers, along with various other supporting aircraft and personnel, to Venezuela in December 2018.

The Admiral Gorshkov, which only entered service in July 2018, is one of the most advanced ships in the Russian Navy and a stop in Venezuela would be sure to turn heads, especially in the United States. Among its other features, the ship is one of the first to carry the Poliment-Redut air defense system, which consists of the Poliment phased array radar and the Redut surface-to-air missile system, a navalized derivative of the ground-based S-350. This system only completed state trials weeks before the frigate left on its worldwide cruise.

The frigate also has 16 vertical launch cells capable of accommodating the Kalibr land-attack cruise missile. Kalibr is a combat-proven weapon, which gives the ship a real long-range land attack capability. The vertical launch system array can also fire the Oniks supersonic anti-ship cruise missile. There are plans to integrate the hypersonic Zircon anti-ship missile onto the ships in the future.

The ship also has some of the most modern sensors, including additional surface search and fire control radars beyond Poliment phased array, anywhere in the Russian Navy, as well as relatively new electronic warfare suite. It reportedly has the 5P-42 Filin countermeasure system, as well. This consists of multiple high-power strobe lights, as seen in the video below, which are intended to disorient and nauseate enemy personnel and blind and confuse sensors on hostile ships and aircraft, especially at night.

But if Admiral Gorshkov, and the rest of its flotilla, go straight to Cuba and makes no other stops in the region, its presence is still unlikely to go unnoticed by the U.S. government. It is the latest example of a larger trend on the part of the Kremlin to reinvigorate its relationship with the regime in Havana and ensure it has a firm base of operations in the United States' backyard.

Though the Russian government has been pursuing these policies for the better part of the last decade, the desire to ensure firm relationships with countries in the Western Hemisphere became even more pronounced after 2014, amid international criticism over its seizure of Ukraine's Crimea Peninsula and active involvement in a conflict in that country's eastern Donbass region. The United States and NATO, in particular, subsequently stepped up military activities along Russia's borders in Europe, which the Kremlin routinely complains about.

So, being able to needle the United States in the same way in return has only become more important for Russia. In 2014, Russian reactivated a Soviet-era listening post on the island. Two years later, the Kremlin announced its intention to re-establish additional military facilities in Cuba.

Of course, the Admiral Gorshkov is hardly the first Russian naval vessel to arrive in Cuba in recent years. For example, in 2016, the Neustrashimyy-class frigate

Yaroslav Mudry, along with a tanker, visited Havana. The Vishnya-class spy ship Viktor Leonov is a regular visitor to the island, too. But again, sending the first and so far only Project 22350 frigate is clearly meant to be a demonstration of the latest and greatest the Russian Navy has to offer.

It also comes as the U.S. military has been calling attention to increasingly regular Russian naval presence in the Western Hemisphere for years now, though generally with a greater emphasis on submarine activities. In response, the U.S. Navy recently reactivated 2nd Fleet to help better oversee operations along the East Coast of the United States, in the North Atlantic, and the Arctic, while 4th Fleet remains responsible for the Carribean and the South Atlantic.

Of course, the complete composition of the flotilla does also underscore the continued difficulties the Russian Navy actually has in truly projecting power far from the country's shore. Sending three support ships, including the Nikolay Chiker, doesn't necessarily inspire confidence in Admiral Gorshkov's ability to conduct protracted long-range operations. The tug is one of two the Russian Navy has, which form a class that, for a time, held the world record as the most powerful ships of their type in the world.

Nikolay Chiker is far better known for being on call to tow the hapless Admiral Kuznetsov back to port in the event of one of its numerous, and sometimes deadly, at-sea accidents and breakdowns. The aircraft carrier is now indefinitely after the only floating dry dock capable of accommodating it sunk in an accident last year. The Kremlin now plans to put together multiple smaller floating dry docks to try to finish a major overhaul of the carrier and get it back to the fleet.

But, so far, after tens of thousands of miles of sailing, Admiral Gorshkov has escaped needing the tug's services. We don't know for sure why Nikolay Chiker is part of the flotilla and it may simply be accompanying the frigate out of an abundance of caution given how new it is still.

Whatever happens, we'll certainly be keeping an eye on Admiral Gorshkov's progress in the Caribbean in the coming days and weeks. 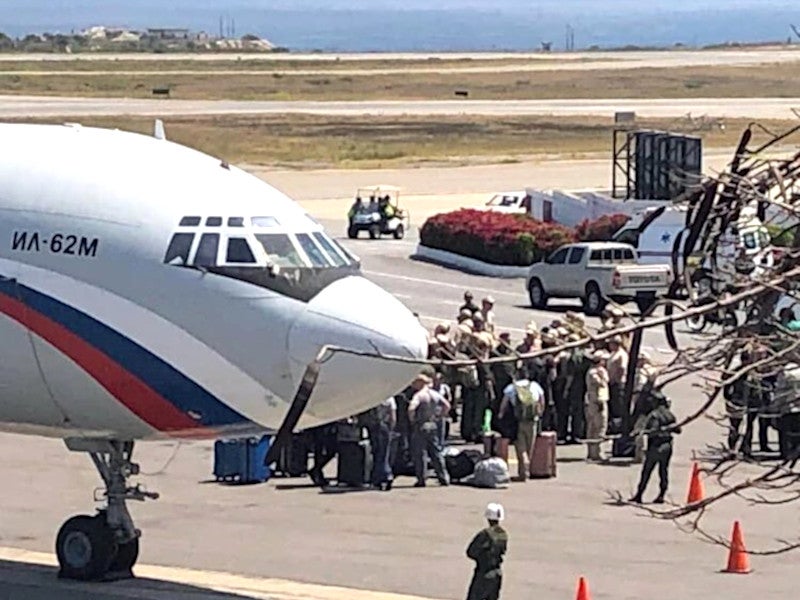 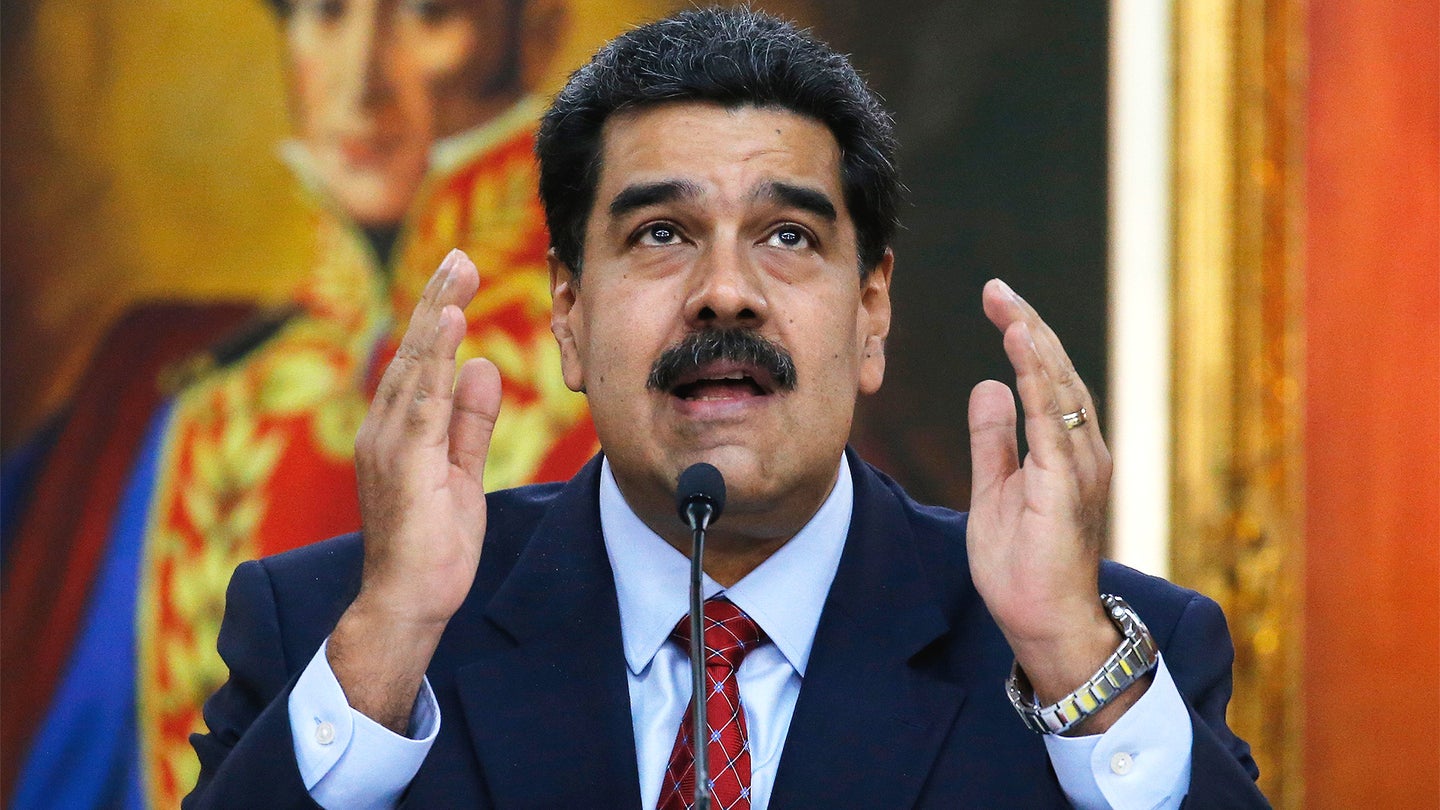 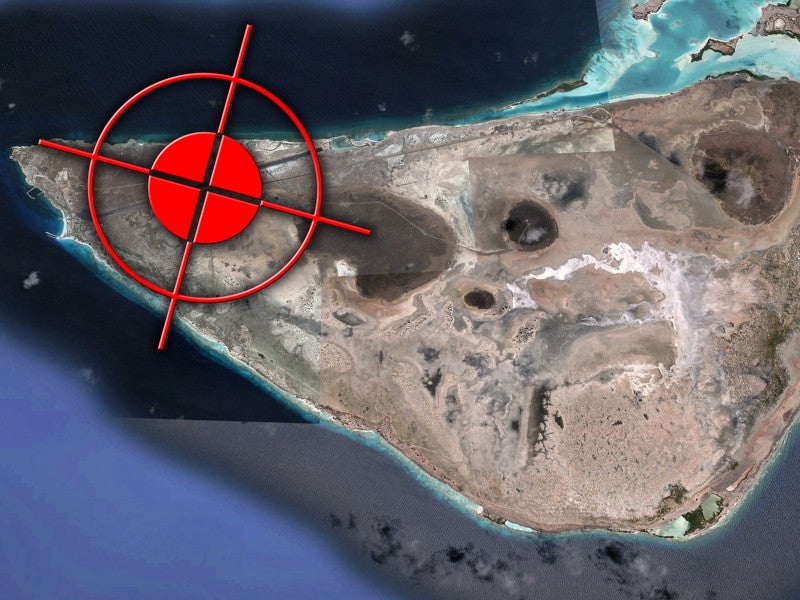