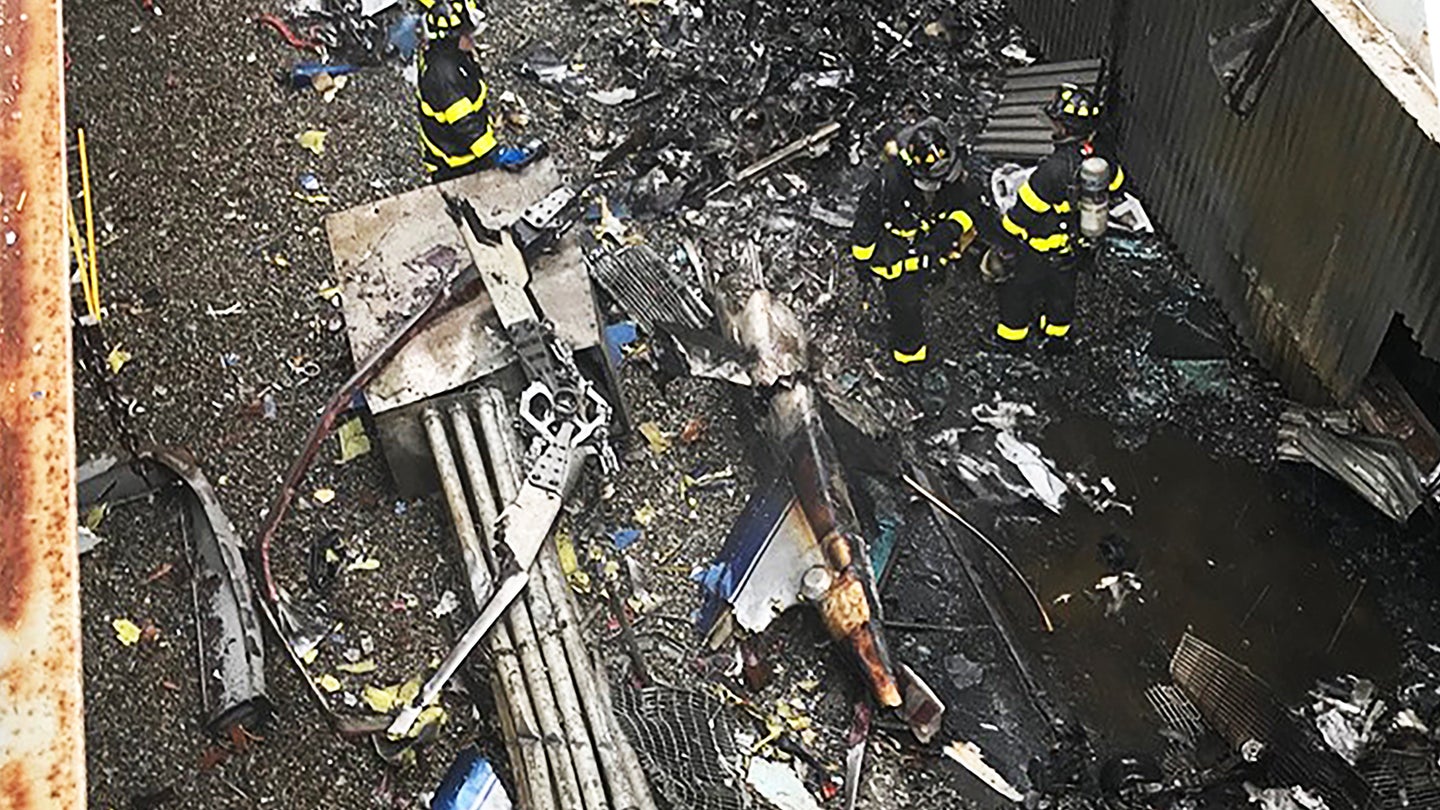 There are very few details so far, but a helicopter has crashed onto the roof of a building in Midtown Manhattan in New York City, just blocks from Times Square and Central Park. City authorities have confirmed the incident occurred and that the pilot died, adding that a subsequent fire has been extinguished. They have not said who the helicopter belongs to or what it was doing in this heavily controlled air space.

The crash occurred shortly before 2:00 PM local time in New York on June 10, 2019. The helicopter reportedly came down on top of the AXA Equitable Center at 787 7th Street. Occupants of the building evacuated after the incident and there are no reports yet of any injuries on the ground.

The airspace over Manhattan has been very tightly controlled since 9/11, leading to serious restrictions on civilian helicopter activity. They are outright barred from landing on rooftops in the area where this accident occurred and in many cases flying over the area at all. You can read more about these restrictions in detail here. Regardless, the AXA Equitable Center does not have a helipad.

The events of 9/11 are still very front and center in the city's memory. “I hope to god that’s not true," Governor Cuomo had said upon first hearing the reports of the crash.

There is also unconfirmed video purporting to show the helicopter flying erratically before the incident. Authorities say that there is no evidence yet of any criminality.

Visibility was very poor in the area when the crash occurred with ceilings as low as 500 feet with mist present. We are told few if any other helicopters were flying at the time in the area. We have a supposed ID on the helicopter in question, but we are waiting for confirmation.

The helicopter in question was an Agusta A109. We are waiting for confirmation on its registration at this time.

Air controllers were not in contact with the aircraft which would have been absolutely essential for entering that airspace in a prohibited manner. A hard temporary flight restriction also exists over nearby Trump Tower. We are also hearing from multiple sources that the flight should not have been operating under the conditions present in the airspace at the time. Others are apparently coming to the same conclusion:

The New York City Fire Department has released some pictures of the wreckage, showing near complete destruction of the helicopter.

The helicopter in question had the U.S. civil registration code N200BK, which is registered to a company named N200BK, Inc. by way of American Continental Properties. The A109E took off from the East 34th Street Heliport approximately 11 minutes before the crash, according to NYPD Commissioner James O'Neill.