The impressive remote-controlled sub launched fireworks from under the waterline dozens of feet in the air, that is before its controlled demise. 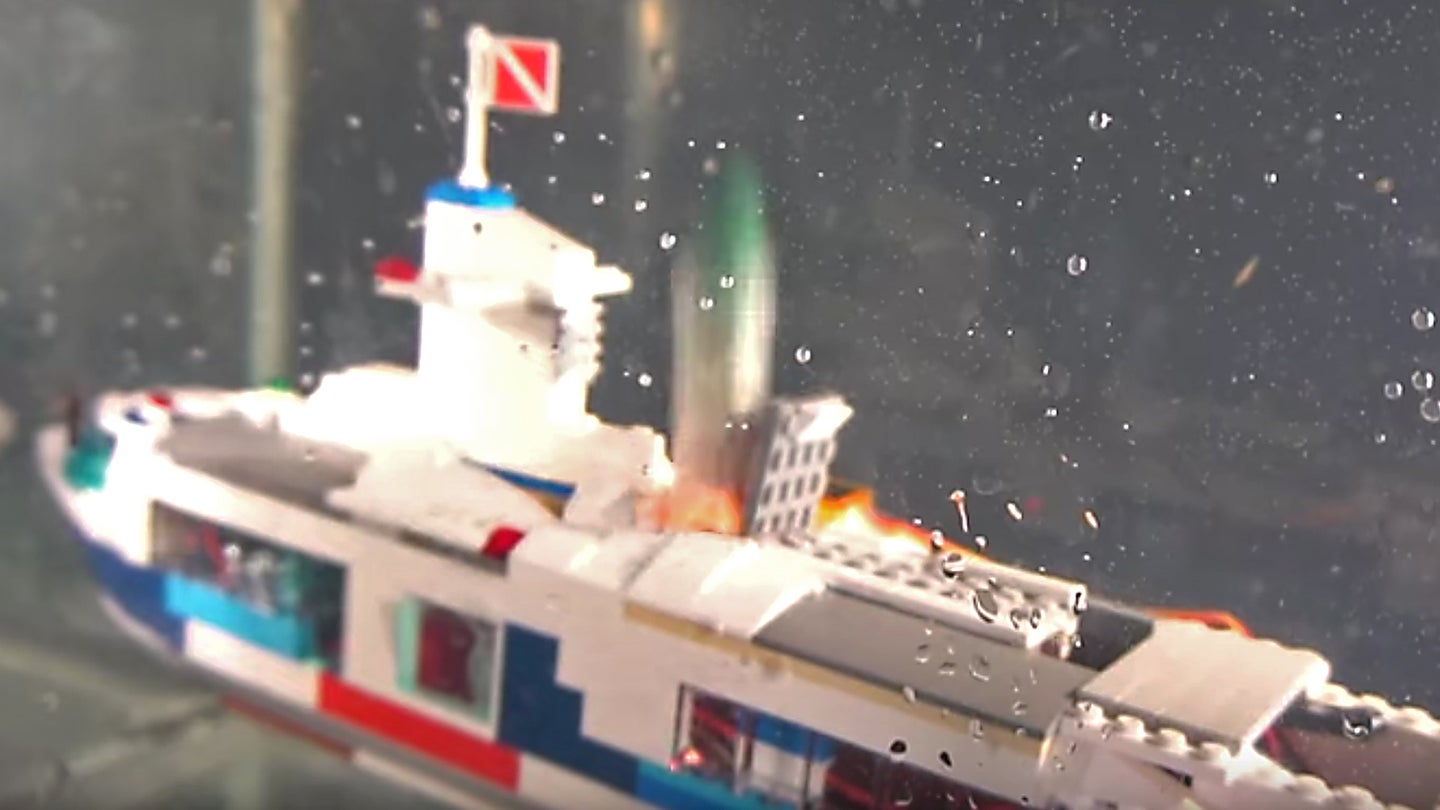 Legos are all about unlocking one's creativity, right? Well, one dude, in particular, took his passion for the iconic building blocks to a whole new level—as in one below the water's surface. Peter Sripol is all about coming up with zany ideas and making them a reality. He has an entire Youtube channel dedicated to his crazy projects. One of which was building an elaborate remote-controlled submarine out of Legos, having it launch mini-ballistic missiles (fireworks) while submerged, and then depth charging it to pieces with firecrackers.

He's our kind of guy!

When I first saw a clip of his Lego sub in action I thought it was pretty cool, and so did many others on social media. But when I watched the whole video I really got a kick out of how he takes the viewer through the genesis of the idea, testing it, and then blowing it to smithereens. Check it out below:

What I think resonated the most with me wasn't just how cool it was to see a mini boomer made out of Legos blast fireworks into the air from below the waterline, but how he destroyed his awesome creation with glee at the end.

Wasn't that the best part about building things out of Legos? Being able to pulverize your creation without your parents getting pissed at you!?