Enjoy Your Moment Of Zen With A.G. Bill Barr As He Stares Out The Back Of A C-130

The embattled Attorney General is on a tour of Alaska and he ended up hitching a ride of Hercules transport due to some logistical issues. 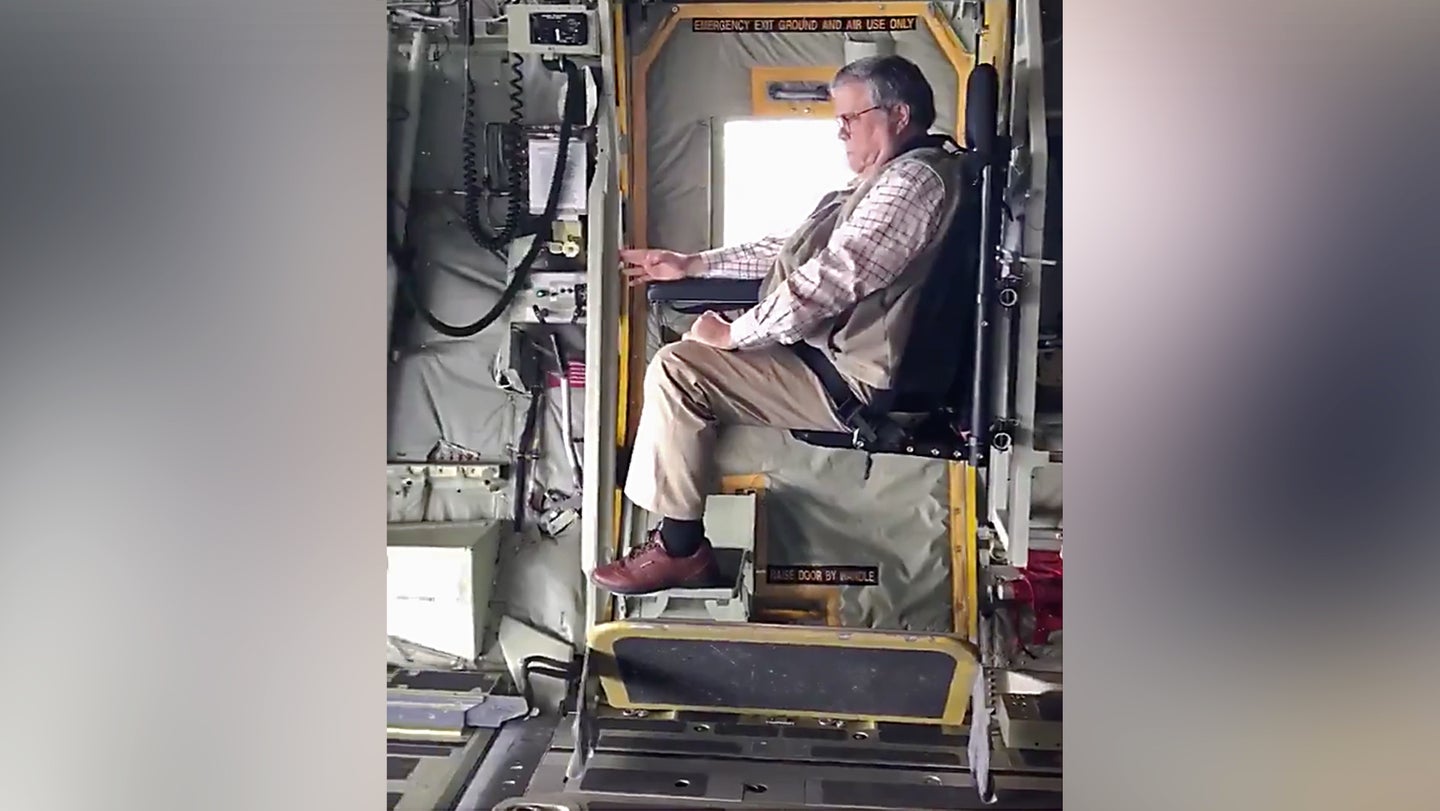 Attorney General Bill Barr had what appeared to be a very peaceful moment as he rode aboard an Alaska Air National Guard C-130 on Friday. Strapped into an elevated spotters seat adjacent to the airlifter's rear paratrooper door, Barr quietly sat transfixed as he gazed out of the C-130's open rear ramp and onto the majestic Alaskan terrain passing by below. For one of the most polarizing figures in Washington, D.C. today, a guy who became embattled in political controversy from pretty much the day he took office, the flight must have been a nice reprieve from the realities of his job.

The Hercules mission reportedly occurred due to a mix up in logistics and was not planned long in advance, but the places the Attorney General was traveling to may have required the C-130's short and rough field capabilities. Barr is touring Alaska to discuss justice and law enforcement matters with the local powers that be. This included making stops at remote villages to discuss combating high rates of crime in some of these native communities.

Even though some U.S. Government agency execs have a dizzying array of military and civilian transportation options, sometimes grabbing a nearby C-130 is the best possible option.

I wonder what was going through Barr's mind as the C-130 churned away over the Alaskan wilderness?