The video provides a more complete picture of the F-16’s final moments of flight before it crashed through the roof of a nearby warehouse. 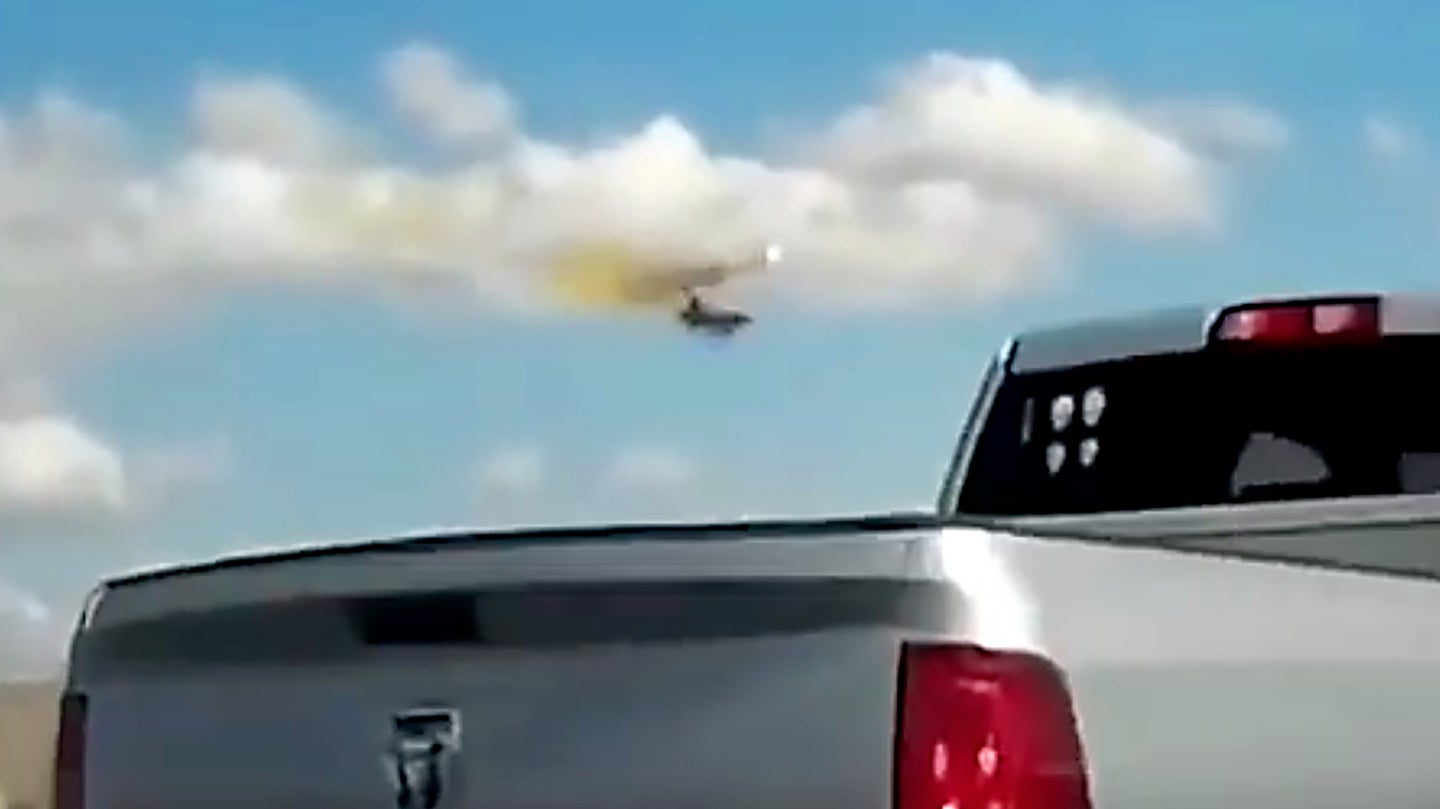 A week after the crash of a South Dakota Air National Guard F-16C at March Air Reserve Base located near Riverside, California, a new video has surfaced showing the pilot ejecting while on final approach to the base's runway.

The dashcam video, taken from the highway that straddles the base, shows the F-16 descending with its wing dipped to the right before the pilot ejects. The jet then begins a slight climb and appears to slow. This is not uncommon after an ejection as the weight and balance of the aircraft instantly shifts to a nose-light configuration. The second video is the uncropped version of the first. The third video was released shortly after the incident and shows the last moments of F-16's uncontrolled flight that occurred just after it exited the frame in the first video. In that video, the F-16 is seen flying very slowly in a right bank before crashing through the roof of a warehouse of an aquarium products company.

The jet itself is still sitting in the warehouse that it crashed into. Its removal could come any day, but doing so will be tricky. Its live armament was already removed from the area and disposed of by via a controlled detonation.

13 individuals in total, including the pilot of the F-16, were taken to the hospital following the crash. Thankfully, none of the injuries were life-threatening. Another six law enforcement officers were treated for exposure to the aircraft's debris following the crash. F-16s carry highly volatile and toxic hydrazine as backup generator fuel, not to mention jet fuel and, and in this case, air-to-air weaponry packed with high-explosives. Even parts of the aircraft themselves that have caught fire can be very dangerous to people not wearing protective gear.

As for what happened, that remains unclear. The pilot has not been identified, but a spokesman at March ARB noted he was an experienced F-16 instructor pilot with over 2,000 hours in F-16s. We do know that he reported issues with the F-16's hydraulic system prior to the crash.

The F-16 crash is one of four total losses of Pentagon aircraft in May alone.

We will continue to update you as the investigation into the crash progresses.

2018 was a terrible year for U.S. military aviation mishaps, but 2019 is now looking quite grim, as well.