The Air Force needed a replacement for another one of the bombers that crashed in Guam nearly three years ago. 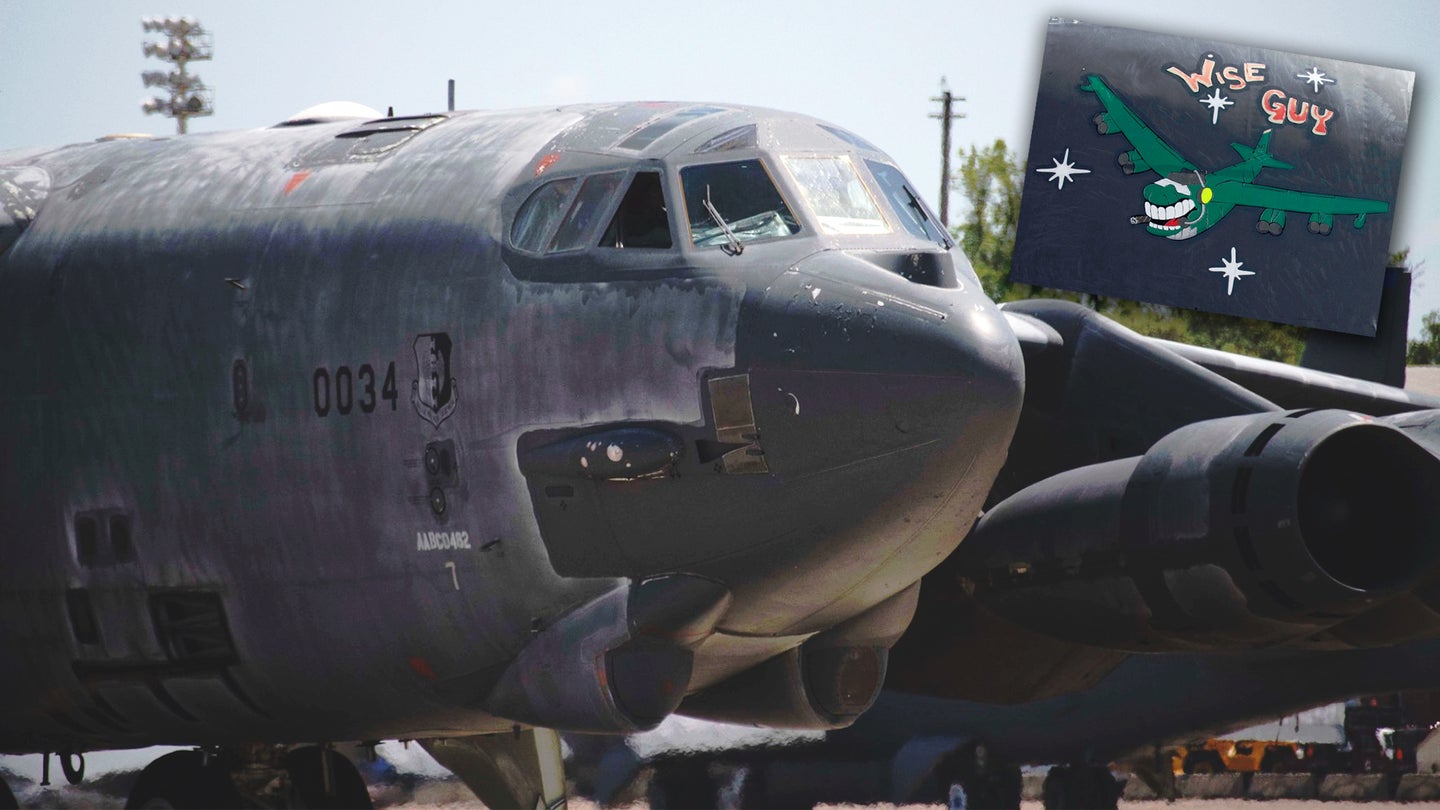 For only the second time in U.S. Air Force history, the service has brought a B-52H Stratofortress bomber out of storage Boneyard at Davis-Monthan Air Force Base in Arizona and delivered it to an operational unit. The aircraft, with the serial number 60-0034 and nicknamed Wise Guy, touched down at Barksdale Air Force Base in Louisiana earlier today, where it will join the 307th Bomb Wing, the only bomb wing in the Air Force Reserve. Wise Guy's return comes almost three years to the day after another one of the bombers crashed and burned at Andersen Air Force Base in Guam and brings the size of the Air Force's operational B-52H fleet back to a total of 76 aircraft, the maximum allowable number under the terms of an arms control treaty with Russia.

U.S. Air Force Colonel Robert Burgess, the commander of the 307th Bomb Wing's 307th Operations Group, flew Wise Guy, with the help of two additional members of the unit, from Arizona to Lousiana on May 14, 2019. The plane arrived still wearing the "MT" tail code of aircraft assigned to Minot Air Force Base in North Dakota, which it was wearing when the 5th Bomb Wing first sent it to the Bone Yard in 2008. The bomber is also in desperate need of a new coat of paint and the plane is scheduled to go to the depot at Tinker Air Force Base in Oklahoma for a full overhaul in February 2020, though this timeline could be subject to change.

"We are excited about the wing’s role in bringing this jet back into service," Burgess told reporters after arriving at Barksdale. "Its return is a testament to the skill of our Airmen in restoring the bomber for regular use in the Air Force."

The Air Force only revealed that it was in the process of "regenerating" Wise Guy in April 2019, but it is unclear if that's when the process actually began. The 309th Aerospace Maintenance and Regeneration Group (AMARG), which oversees the bone yard, has only ever done this once before and the last time it took 70 days. That B-52H, serial number 61-0007 and carrying the nickname Ghost Rider, returned to the active duty 2nd Bomb Wing, also situated at Barksdale, in February 2015. That plane had replaced another B-52H that ended up being totaled after an electrical fire broke out during routine maintenance the year before.

Under the terms of the New Strategic Arms Reduction Treaty, or New START, with Russia, the United States is limited to a fixed number of deployed nuclear weapon systems as defined under the terms of that deal. You can read more about those details here, but the mix of systems the U.S. military has elected to field in order to preserve its Nuclear Triad includes 76 B-52H bombers. The United States cannot, by treaty, have any more of these aircraft operational without sacrificing something else.

The arms control deal does, however, allow for a number of non-deployed systems to remain in storage, primarily, as is the case with Wise Guy, to replace losses. As of April 15, 2019, the Air Force still had a dozen other B-52Hs in what is known as Type 1000 storage, which is the readiest state for an inactive aircraft.

But even planes in Type 1000 storage need significant work to get them flying again. In Ghost Rider's case, personnel at the bone yard had previously ripped out its GPS receiver and other navigation equipment for use on other operational B-52s, so these systems had to get replaced.

Ghost Rider also needed a substantial overhaul to bring the bomber up to the latest baseline configuration, as it had missed various upgrades while in storage. Wise Guy will need the same treatment, having been out of service for more than a decade.

When the 5th Bomb Wing sent Wise Guy to the Bone Yard in 2008, it seems that the personnel from the unit may have a nagging feeling in the back of their minds that the bomber might not be done with its service just yet. Someone left a note on a panel inside the plane that reads as follows:

"AMARG, this 60-034, a Cold Warrior that stood sentinel over America from the darkest days of the Cold War to the global fight against terror. Take good care of her... Until we need her again."

It may be of interest to note that the "60" in Wise Guy's serial number is the fiscal year in which the Air Force bought her. The very last of the B-52Hs rolled off Boeing's production line in 1962, putting the plane in the latter half of the BUFF's production run. The service expects to continue flying these bombers through at least 2050—and probably beyond—and has plans to make even more significant upgrades to them in the coming years, including the addition of new engines and radars.

It appears that Wise Guy has indeed refused to fade away and the bomber now looks set to return to service and stay there for decades to come.