As the U.S. Air Force continues to come to terms with the fact that their sprawling air bases with long runways and extensive support infrastructure located near potential international hotspots are likely doomed in a major conflict, there is real progress being made to distill down its fighting doctrine into the smallest possible pieces. This will theoretically allow for dispersed operations over a huge geographical expanse, at bases that could be built up in a number of days and may only support transient or small detachments of combat aircraft. You can read much more about the Air Force's emerging strategy to quickly activate remote operating locations for expeditionary operations in this past article of ours.

Now, the flying force is experimenting with absolute minimal manning for austere operations, where a military policeman may end up refueling tactical fighters while another airman quickly goes from hanging ordnance on the aircraft to manning a defensive position with a light machinegun.

Half a decade ago, the Air Force began experimenting with rapidly deploying small numbers of its most capable fighter aircraft on short notice as a way to adapt to the changing nature of warfare and the threat picture the U.S. could face abroad in the coming years—one that would morph from a localized counter-insurgency focus to one on peer state conflicts that occur over massive geographical areas. At the time, the F-22 community led with this concept, known as Rapid Raptor, but it has since matured, expanded, trickled down to other communities in the USAF, and is now at the precipice of being woven into a far grander strategy.

The idea is that during a peer state conflict, like one against China that predominately takes place in the Pacific, regional bases would be destroyed very early on by ballistic and cruise missile strikes. This would push out American air power many hundreds or even thousands of miles away from enemy territory. As such, being able to rapidly deploy small groups of tactical aircraft to austere locales, even just temporarily, will not only allow for missions that can reach near or inside of the enemy's anti-access bubble, but doing so will also drastically complicate the enemy's ability to defend itself by creating a massive number of potential vectors of attack.

Even with aerial refueling, America's thirsty fighter fleet have combat ranges measured in hundreds, not thousands of miles. This could put the tankers themselves in danger, something we have discussed in-depth many times in the past. In addition, even aircraft that can successfully get close enough to the enemy to strike need places they can divert to due to mechanical, battle damage, or operational issues, including the potential loss of tanking assets to enemy action. Beyond that, there just aren't enough tankers to refuel throngs of allied aircraft over thousands of miles. So basing small contingents of tactical aircraft closer to the fight itself, or at least being able to refuel and rearm them, may not only be a prudent and more survivable strategy, it may also be a necessity.

So, with all this in mind, the USAF is pushing ahead to experimenting with how to rapidly build up austere bases and how to operate from them once they are operational and the other services are also following suit to different degrees.

Part of this initiative has been realized via a set of experimental exercises, the latest taking place at Seymour Johnson Air Force Base and two other operating locations, that really took the idea of a small operational footprint for austere fighter operations to the next level. In an official release, the USAF described the experiment in-depth as such:

The Combat Support Wing proof-of-concept capstone exercise developed by the Air Force Installation and Mission Support Center and hosted by Air Combat Command’s 4th Fighter Wing at Seymour Johnson Air Force Base, North Carolina, tested the ability of three teams of about 30 Airmen each to establish and operate an airfield in an austere environment. They had to defend the base and refuel and rearm F-15E Strike Eagles using multifunctional skills they learned during training events over the past month.

“We’ve seen monumental improvements in the ability of our Airmen to do things outside of their normal career fields and the speed at which they’re able to refuel and rearm jets,” said Brig. Gen. Brian Bruckbauer, AFIMSC director of expeditionary support and innovation. Bruckbauer’s directorate led the planning and execution of the exercise.

The concept supports National Defense Strategy priorities to evolve innovative operational concepts and enhance lethality in contested environments. If fielded, the CSW concept could give the Air Force the ability to rapidly deploy in smaller, more efficient and agile teams to austere and potentially contested areas. Under the multifunctional construct, weapons loaders could drive a refueling truck, security forces defenders could refuel a jet and avionics specialists could provide airfield security while also performing their primary duties.

CSW is an outcome of the 2017 AFIMSC Installation and Mission Support Weapons and Tactics Conference. The capstone was the final event in a phased rollout of the concept over the past year. It tested the hub-and-spoke operations of a single forward operating base at Seymour Johnson AFB and three forward operating locations at Kinston Regional Jetport, Moody AFB, Georgia, and MacDill AFB, Florida.

“We had at least 15 different Air Force specialty codes come in to attack the problem of how to conduct integrated combat turns with as few people and the smallest logistics footprint as possible,” said Col. Erik Rundquist, AFIMSC Detachment 8 commander, at Joint Base Langley-Eustis, Virginia, who was one of the primary architects responsible for turning the concept into practicable exercise scenarios.

“We went from individual troops who had their skillset and a vague understanding about what everyone else was doing to now where you’ve got maintainers manning defensive fighting positions and cops helping refuel jets,” Knepper said. “The construct for the multifunction approach is working really well. The people who built those pieces did a phenomenal job and now we’re seeing it work.”

He said Airmen can execute the concept very well when given the opportunity, training and motivation to see why it’s important. One of those Airmen was Senior Airman Darian Betancourt, an aircraft armament systems specialist at the 4th FW. He learned how to drive R-11 fuel trucks, palletize cargo, conduct tactical combat casualty care and defend the base.

“It’s been different. It’s been fun too,” Betancourt said. “You gain appreciation for your job and other people’s jobs and you learn what they do.”

He said the experience was eye-opening.

“There’s so much to the Air Force that people don’t get to see and doing something like this really shows that,” Betancourt said. “If everybody could do this (multifunctional learning), that would be something special.”

Airman Betancourt is absolutely right, moving to a multi-functional capability for at least some of the USAF's airman could prove to be a huge boon during a major conflict and could squeeze so much more out of the existing rigid Air Force personnel structure. A major issue here is training. For an Air Force that is already undermanned and overtaxed, placing more training requirements on personnel could be problematic and logistically challenging. Then again, giving airmen a greater swathe of responsibility and added potential roles during combat operations is exciting and engaging. It could potentially even help with retainment and even recruiting, at least for some individuals.

It's not as if similar schemes haven't worked for other air arms. Sweden, in particular, has built its tactical air force around an austere operations model that uses small and agile support units, that in some cases accomplish more with far less than more traditional arrangements. Infusing some of that mindset into the USAF's combat doctrine and culture seems like a totally relevant and positive move.

Setting up a mini base with as little as 30 personnel, while still being able to turn fighter jet sorties and defend the outpost from attack, is an amazing capability. Above all else, it shows that the USAF, which is often far too set in its ways to even experiment with major changes in how it operates like this, really sees austere basing as a necessity for future operations. It also points to the idea that resiliency and redundancy in terms of personnel can be had through training and personal empowerment, not just adding more heads to a roster.

The Air Force says that it is now ready to report its findings from the experiment to higher command and another implementation of the concept is already planned this summer:

The AFIMSC Expeditionary Support Directorate is now expected to produce a report for Air Force leaders that includes data on more than 100 measures of effectiveness.

“We’ll be able to provide our senior leaders with a very thorough analysis and some very good recommendations going forward on force structure, force presentation and multi-functional training with the goal of using this concept in our operational plans,” Bruckbauer said.

With any luck, this concept will be pushed forward on an operational level to see how airmen react to it and its effectiveness beyond just a limited experiment. Considering that it devolves responsibility down to small agile units and unlocks the individual airman's adaptability and creativity, it probably will be an amazing addition to a force structure that could really use it. 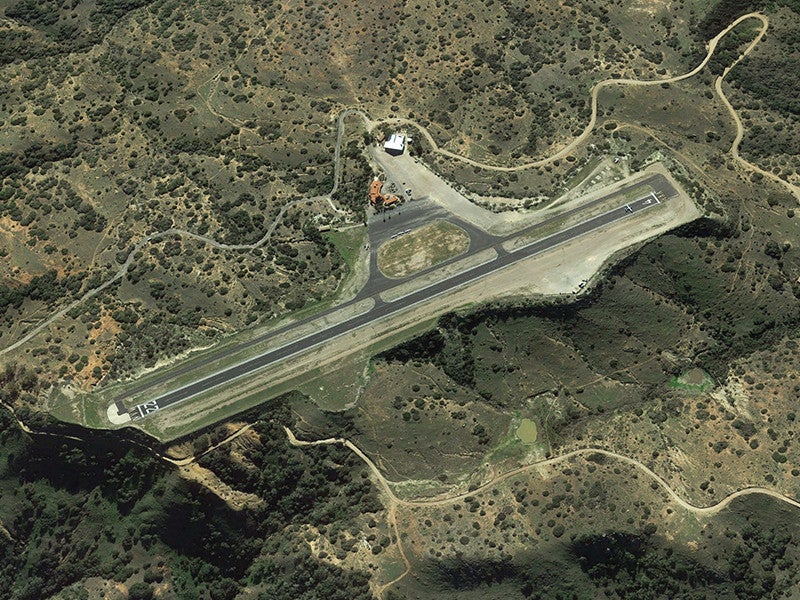 It’s a great training opportunity since rapidly building air bases in hard to access areas is becoming a cornerstone of U.S. military doctrine. 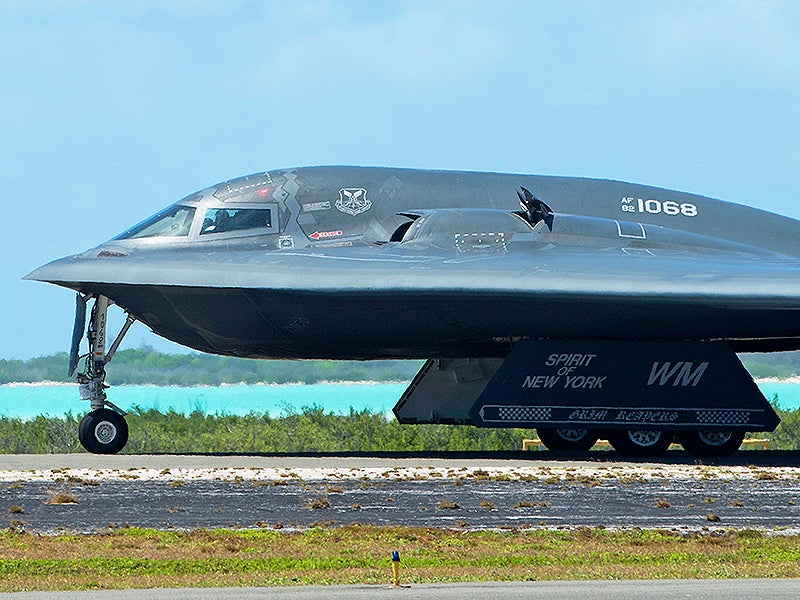