The Air Force is clearly taking no chances after two other major air bases suffered serious storm-related damage in the past six months.

The U.S. Air Force has ordered 13 aerial refueling tankers, 10 KC-135s and three of the service's new KC-46 Pegasuses, to evacuate McConnell Air Force Base in Kansas amid concerns about severe weather approaching the area. The precautionary moves follow a number of high-profile weather-related disasters that have impacted major Air Force Bases in the past few months, including severe flooding that inundated Offutt Air Force Base in neighboring Nebraska in March, causing significant damage.

Officials at McConnell announced the evacuation on Apr. 17, 2019 and said that the tankers would move to Fairchild Air Force Base in Washington state, which is a designated "safe haven" that has the necessary space and facilities to support the displaced aircraft and supporting personnel. There are no plans to close McConnell, which is home to the 22nd Aerial Refueling Wing, the Air Force's largest tanker wing, entirely, though.

KCWH, a local CBS affiliate in Wichita, Kansas, where McConnell is situated, reported that chances of a tornado touching down were low, but that there was a high probability of high winds and hail, both of which can be threatening to aircraft in the open. Wind can also be an issue for aircraft that cannot fit completely and securely inside of available hangars.

A tornado at Offutt in 2017 damaged two E-4B Nightwatch "doomsday" planes, which had their tails exposed. The severe winds turned the tails into sails, smacking the two planes together and causing millions in damage. The storm also caused damage to eight RC-135 spy planes.

Evacuations in the face of severe weather, when possible, are hardly rare, but the past six months have been particularly hard on the Air Force when it comes to storm-related damage. In March 2019, heavy rains also melted snow in much of the midwest, causing historic flooding, which put a significant portion of Offutt Air Force Base under water.

The strategic base is home to the bulk of the service's RC-135 spy planes and other low-density, high-value assets, such as the E-4Bs. It also hosts the headquarters of U.S. Strategic Command, which is in charge of America's nuclear deterrent forces, among other things, and there were concerns that a new hardened bunker on the base would be at risk from the flooding.

This disaster came nearly six months after Hurricane Michael ran right over Tyndall Air Force Base in Florida, leaving it devastated. The Air Force is still working on returning that base to its previous operating status. In the meantime, the service is now proposing to move the F-22 Raptor stealth fighters that were at the base permanently to other locations, including Langley Air Force Base in Virginia.

The Air Force has already asked for $350 million in additional funds to cover clean up and basic repairs, but it will need billions in total over the coming years to fully restore the base. In March 2019, the service asked Congress for nearly $5 billion in total supplemental funds through the 2021 Fiscal Year to cover repairs at both that base and Tyndall.

Keeping the KC-46s safe is undoubtedly of particular importance to the Air Force. McConnell's 22nd Aerial Refueling Wing became the first unit to receive the Pegasus in January 2019, a major milestone in the tanker's troubled development, which you can read about in more detail here. The program has continued to struggle since then and the Air Force has had to stop accepting any more aircraft from planemaker Boeing twice this year already due to quality control issues. As of Apr. 9, 2019, the service was still not taking deliveries of additional KC-46s and didn't expect to start doing so again until Apr. 23, 2019.

In addition, though the 22nd Aerial Refueling Wing is officially part of Air Mobility Command, the unit is an important part of America's Nuclear Triad, with one of its key missions being to support Air Force Global Strike Command's B-52 and  B-2 bombers during a nuclear strike. It is therefore essential for the Wing to ensure that an adequate number of its KC-135s are ready and available to perform this mission at all times.

These kinds of evacuations may become more common in the future. Pentagon is concerned that flooding and other severe weather may increasingly pose a risk to its facilities due to global climate change. In January 2019, the Defense Department sent a report to members of Congress that, among other things, noted that 53 of 79 bases deemed especially critical were in danger of increasingly recurrent flooding.

McConnell's announcement about this latest evacuation says "aircraft and personnel impacted by the evacuation will return when it is safe to do so." Hopefully, the storms will pass through with little if any damage and the 22nd's tankers can return home quickly. 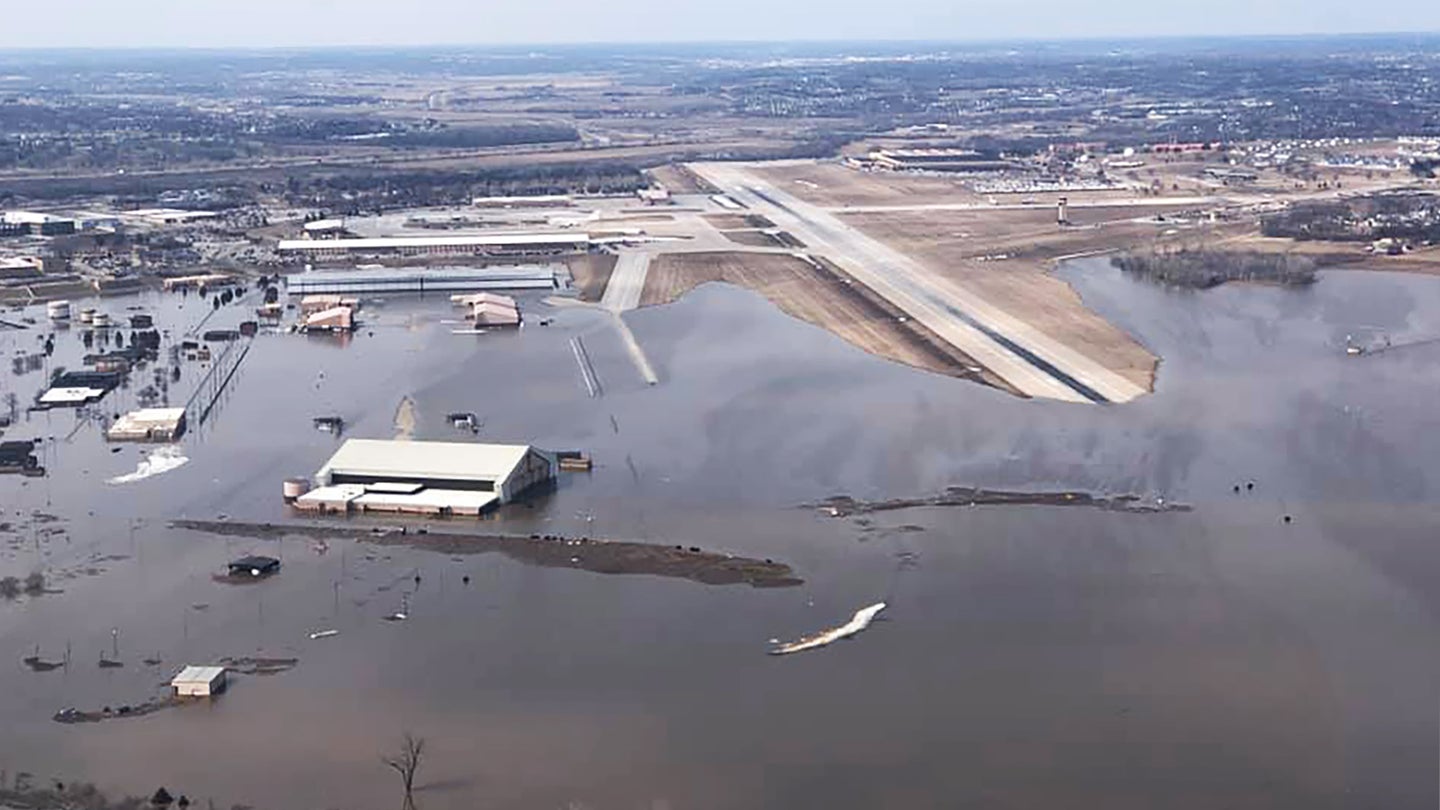 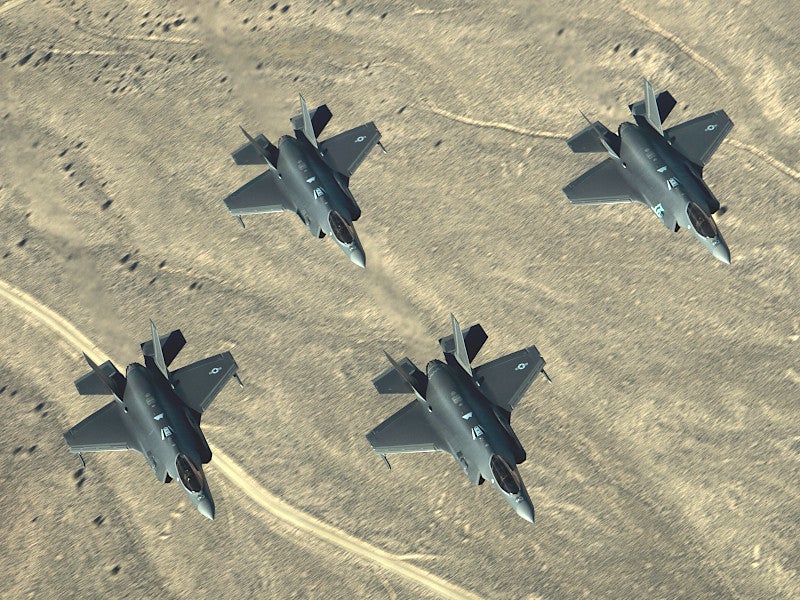 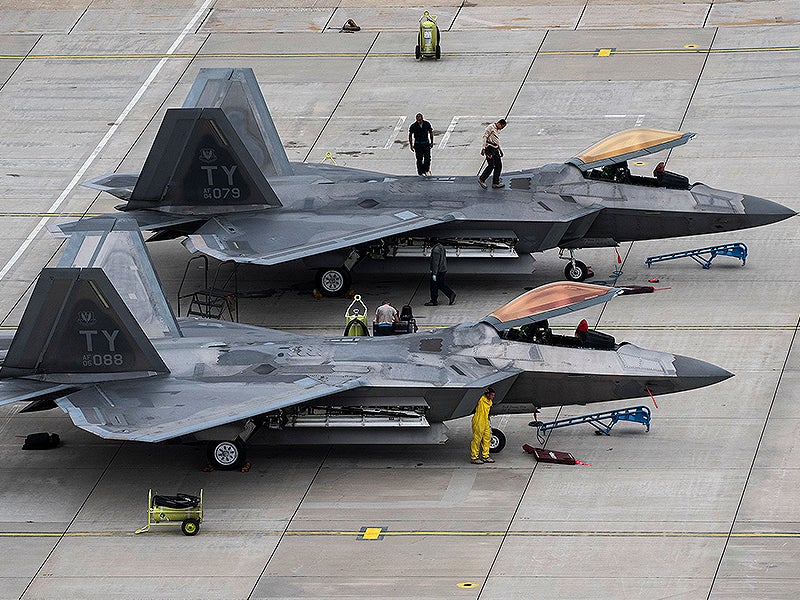