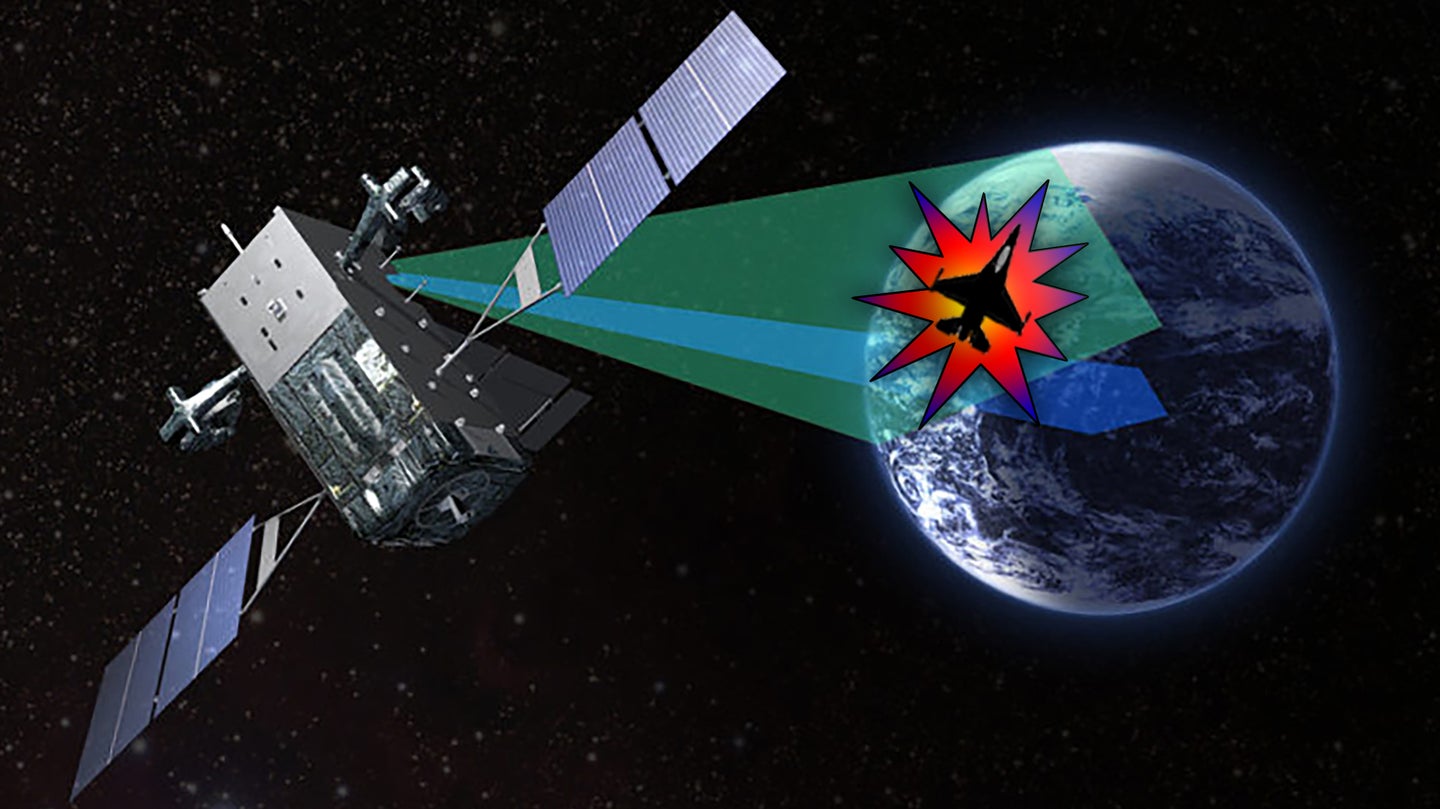 America's constellation of panoptic infrared early warning satellites is known for providing the Pentagon with the first indication that a ballistic missile launch has occurred and where to cue the attention of other sensors so that the missile can be tracked, classified, and even potentially intercepted. Yet America's huge investment in orbital early warning platforms, which dates back to the 1960s, has also resulted in a secondary function for these systems—picking up much more than just large rocket and ballistic missile launches. These ancillary events can include the launch of smaller missiles, like surface-to-air and even air-to-air types, artillery barrages, large detonations on the ground... and exploding aircraft.

The limited air battle between India and Pakistan that occurred over Kashmir on February 28, 2019, is one of the most hotly contested military events we have seen in a long time. Misinformation flowed like a waterfall in the hours, days, and weeks following the shoot-down of the Indian MiG-21 Bison by a Pakistani fighter, with allegations of systemic deception at the highest levels of government being flung with reckless abandon across both sides of Line Of Control. In fact, it continues to this very day with no sign of abating.

We have covered the story in extreme depth and tried to separate myth from reality and knowns from unknowns as much as possible in an attempt to bring an objective and well-versed viewpoint to the alarmingly murky and spiteful debate. But even a month and a half after the aerial engagement happened, what exactly occurred during it remains unclear. India says their MiG-21 pilot that got shot down also shot down a fighter of his own—a Pakistani F-16—moments before his aircraft was struck. Meanwhile, Pakistan claims they lost no aircraft during the engagement and reports attributed to undisclosed sources state that all of its F-16s are accounted for.

So, when it comes to the air-to-air side of hostilities, we are left with one crucial question that has tensions boiling between the two long-time foes—was a Pakistani fighter shot down or not? India has produced some far from conclusive "radar data" that they say shows the F-16 being shot down. It also provides general positioning information of the aircraft involved and especially of the MiG-21 in relation to the F-16 that New Delhi says was shot down by its MiG pilot.

But with just a few screenshots to go by of said radar data and with Pakistan unwilling to provide any additional info of their own, the two sides seem locked in an informational stalemate of sorts, where one narrative is constantly pitted against the other without end.

The thing is that the Pentagon very likely possesses sensor data that can unequivocally prove one story right and the other wrong. That aforementioned infrared early warning constellation includes Space Based Infrared System (SBIRS) and Defense Support Program (DSP) satellites—the former being the more modern and advanced of the two. You can and should read all about these fascinating satellites and their origins in this past feature of mine.

It is all but certain that portions of America's space-based infrared early warning system staring down on the India-Pakistan area as the air battle unfolded. With the two countries possessing enough nuclear warheads to cause significant harm to the globe—many of which would be deployed via ballistic missile—the region is something of a "must monitor" for Department of Defense. This is especially true considering a nearly unprecedented bombing raid into Pakistani territory occurred just a day before the air engagement in question and a full-out war between the bitter foes could have been right around the corner.

As we mentioned earlier, these satellites not only have a strategic function, they also have a tactical one in that they have the ability to detect non-ballistic missile launches and other infrared events. In fact, there is an entire Air Force unit tasked with squeezing out secondary surveillance products from these spacecraft that constantly stare at the earther's surface. And they see a lot. In 2014, over 8,000 separate infrared events were detected and cataloged, the next year was even busier.

So, it is probable that any missile launches that occurred that day, whether it was an AIM-120 AMRAAM from the Pakistani F-16 or the R-73 from the Indian MiG-21, could have been detected, geolocated, and catalogized. But it is even less challenging for the satellites to detect a missile exploding in mid-air and causing the aircraft it showers with shrapnel to erupt into a massive fireball.

This is not conjecture. The downing of Malaysian Airlines Flight 17 over Eastern Ukraine was picked up by SBIRS, as was the SA-11's missile launch that doomed that Boeing 777. The bombing of Metrojet Flight 9268 over the Sanai Peninsula was also detected by SBIRS. So, are we to believe that a fighter loaded with weapons and fuel, flying over what could be an imminent flashpoint of war between two nuclear powers, had a missile blow it out of the sky and it wasn't detected?

Highly unlikely, to say the least.

That data could totally validate or invalidate the radar surveillance data India has presented, including correlating the locations of the MiG and F-16 with the geolocations and timing of the infrared events detected.

So why isn't the U.S. setting the record straight assuming it has this information? Geopolitically there is a long list of reasons for the U.S. not to inject itself into a conflict between two nuclear-armed powers with different levels of complex relations with Washington D.C. In addition, the Pentagon has never been all that talkative about the secondary uses for its space-based infrared early warning network and detecting terrestrial infrared events is just one of its potentially secondary applications. Leveraging this information in real time could have huge advantages during a conflict, so it seems to only be talked about when it is absolutely necessary—like the shoot down of MH17, an event that Russia was accused of having a direct hand in.

So, there you have it. As the brutal information war on the internet rages on between the two estranged neighbors, keep in mind that the U.S. could most likely settle the debate once and for all with data it has had since the moment the engagement occurred. And this is just one intelligence product among many that the Pentagon and the U.S. intelligence community can pull from to make an accurate analysis of what went on that day. But as of yet, nobody with the power to do so is willing to offer up such definitive information to put the issue to rest.

It's possible that unless that changes, we may never truly know exactly what went on in the chaotic skies over Kashmir on that fateful day.

India’s evidence doesn’t come anywhere close to definitively proving what did and did not happen during the air battle over Kashmir in February.