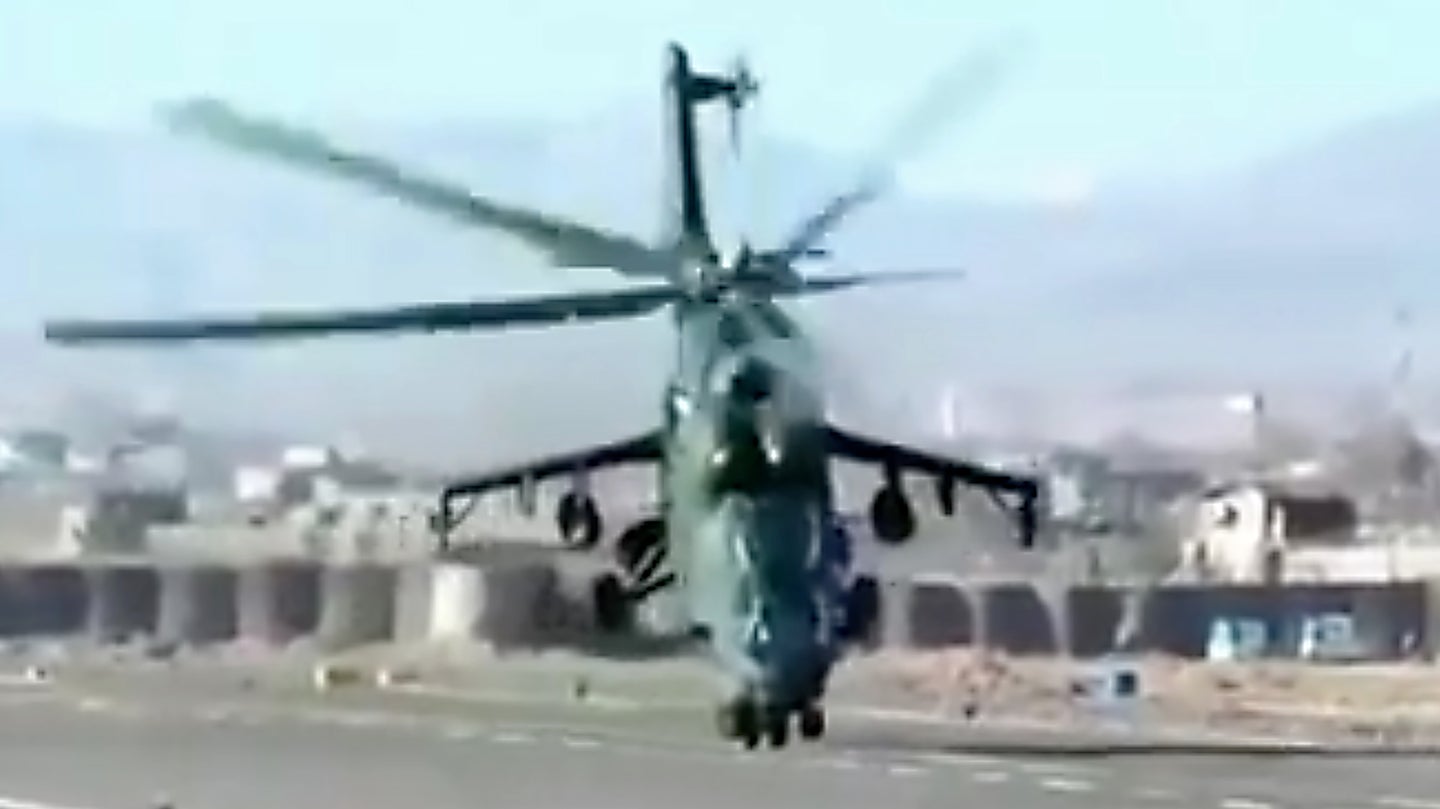 The clip shows the Mi-24 kick-up its tail and balance on its nosewheel as it roars down the runway, transitioning to a climb right before the runway ends. It is an impressive video that makes the Hind look even more menacing than it already does—like a cobra about to strike.

Here is a direct link to the video in case it doesn't automatically show up below.

The maneuver is usually used for hot and high operating environments and/or when the helicopter is heavily laden. In the case of the Polish Hind's departure, I think there may also have been a bit of showmanship involved.

Here's a similar running takeoff made by a Polish Hind in Afghanistan that is a little less "Hollywood":

Another good example of the technique, albeit less extreme, is this video of an Indian Air Force Mi-17 taking off from one of the world's most notorious airports—Lukla Airport in Nepal, elevation 9,334 feet.

You can read a bit more about running takeoffs here and running landings here.

Poland's Hind and Hip community does like to show off the awesome stuff they do. Check out this sweet highlight reel from Afghanistan that also features some pretty awesome running takeoffs and landings:

Even as Poland looks to bring more modern helicopters into its aerospace ecosystem, the country's military plans on keeping roughly 30 Mi-24s in service, most of which are approaching 30 years old. An upgrade program is planned that will see them remain relevant and serviceable through the 2020s and probably beyond.

So this probably won't be the last time you will see a Polish Hind zooming off the runway with its nose buried and its tail high in the air!