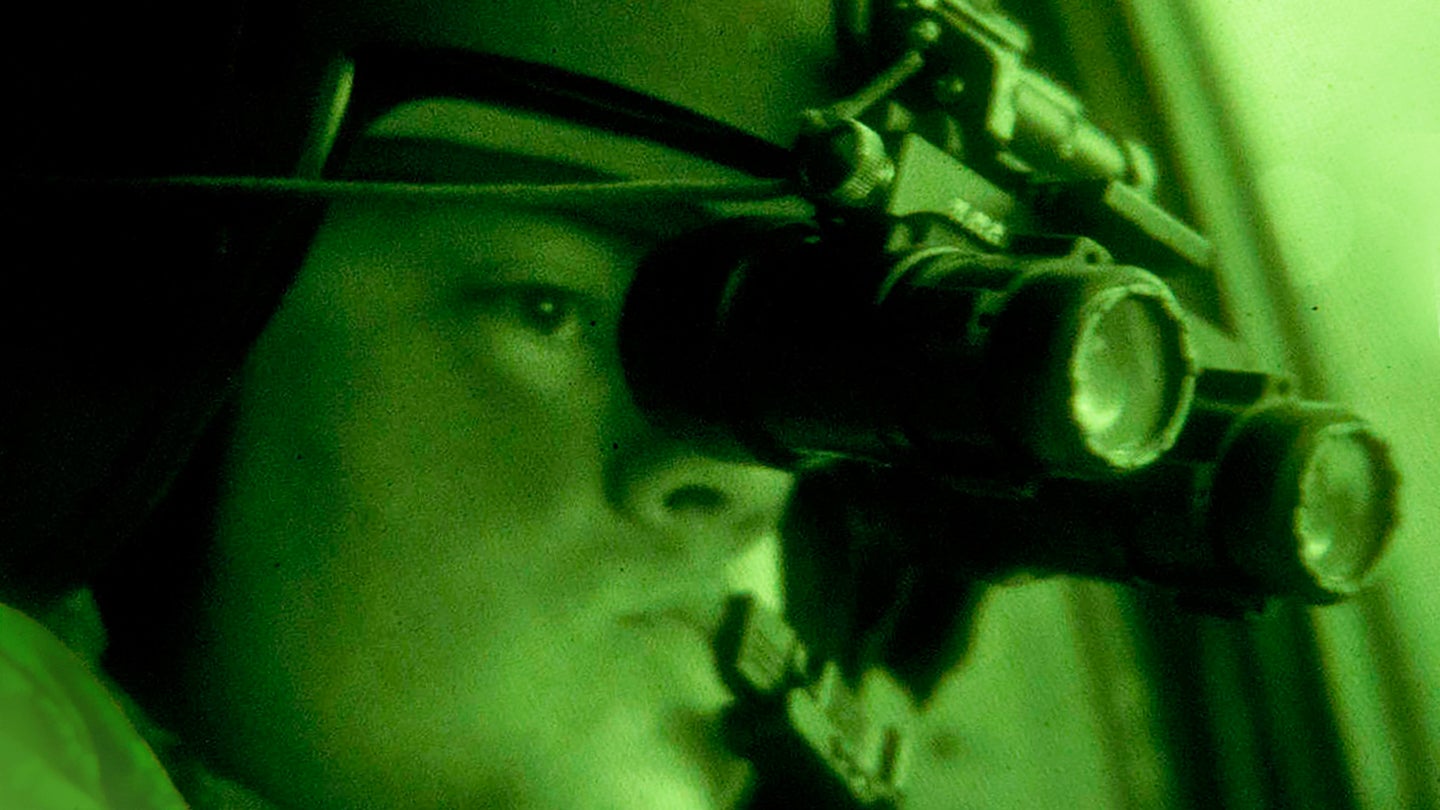 Around 9pm local time on Saturday, March 16th, 2019, an air ambulance helicopter was flying roughly 15 miles west of central Last Vegas when something odd caught his aided eye. During an exchange with an air traffic controller, the pilot of Mercy Air 21, an Agusta 119 Koala helicopter, noted spotting an unidentified object some distance from his position and only he was likely able to see it in the darkness as he was wearing night vision goggles (NVGs). The controller responded that he had nothing on radar in the area where he was seeing the object, but when he heard the pilot could only see it through his NVGs, he responded with amazement.

Our good friend @Aircraftspots mentioned the odd exchange on twitter and posted the audio to Soundcloud, which you can listen to in full below. Apparently, he was tipped off to it by fellow Twitter user and aviation aficionado @KE6ZGP.

You can hear the pilot alert the controller to spotting something over the "Southern Hills area." This is not a topographic landmark, it is a hospital in the southwest corner of the Las Vegas metropolitan area. He notes that the objects appears to be at around 7,000 feet and that it could be a balloon or "something along those lines" and that it is unlit.

The controller responds saying he doesn't see it, but that doesn't mean there isn't something out there. The pilot then informs him that he has night vision goggles on and that he can only see it through the goggles. The controller seems pretty amazed with the pilot's capabilities, responding "oooh that's awesome."

We ran back the tracking data Flightradar24 had during the time of the radio exchange and we couldn't find anything unusual in the area where the pilot saw the object and we couldn't find Mercy Air 21 definitively either. This isn't surprising as lower-flying aircraft have spotty tracking in that area.

We did find an air ambulance helicopter that briefly appeared over the western Las Vegas metropolitan area at around the right time of the radio call. According to @Aircraftspots, that aircraft, N608CF, doesn't historically use the Mercy Air 21 callsign. Still, it is the same type as the one that does and appears to be owned by the same company—Air Methods. So it is possible that this was the helicopter communicating with air traffic control, although its position is closer to the center of Las Vegas than it should be, at least based on the positioning call given by the air traffic controller in the recorded audio.

Really, all that doesn't matter that much. What we are left with here is an interesting piece of air traffic control audio more than an unexplained sighting of a pressing or extremely extraordinary nature. As the pilot notes, it could have been some sort of a balloon, but it does seem a bit odd spotting an unlit balloon at night, with night vision goggles, from miles away. The altitude is also interesting, 7,000 feet isn't exactly low. But without more information and/or additional witnesses, we don't have much to warrant further investigation.

At least not yet.

We have reached out to Air Methods to see if the pilot can give us any more info on the incident.

There was a bit of confusion about the time indexing between the flight data and the audio clip and our friend @thenewarea51 figure it out. Because it was UTC time, we were a day behind, so the data we wanted to see was on the 17th not 16th of March. When we reviewed the correct data from Flightradar24, we got Mercy Air 21 (MA021) exactly where it should be, roughly 15 miles west of KLAS in the red box I originally outlined.

We can also positively ID the helicopter. It is an Agusta A109, registered N238AM, belonging to Air Methods. We also now have better positioning information. According to this, MA021 would have been roughly nine miles from the South Hills Hospital, the approximate area where the pilot thought the object was flying over at 7,000 feet, when the radio exchange occurred.

A nine mile visual ID of a party ballon or something like that at night using NVGs seems really questionable. So size of the object and its exact configuration is the big question at this point. We also know that the A109 was flying at 7,000 feet. So, the pilot would have seen this object at eye level from his perspective.

We finally talked to the Mercy Air operations base where the helicopter flies out of and they informed us that Air Methods headquarters has told them not provide comment or access to the pilot who was talking on the radio and spotted the object. They told us Air Methods wants any inquiries sent to their headquarters. The problem is that I had reached out to them and have heard nothing back in well over 24 hours. I will keep trying to contact them directly, but at this point it looks as if they are actively trying to avoid discussing the event with us.

It took a few days, but we finally got comment from Air Methods. Here is what their director of communications sent me:

The pilot believes that the object in question were Mylar balloons.

You can take that however you see fit, but that is their statement.