The incident is a reminder of just how fast threats can appear for the Secret Service agents tasked with getting the President safely from A to B. 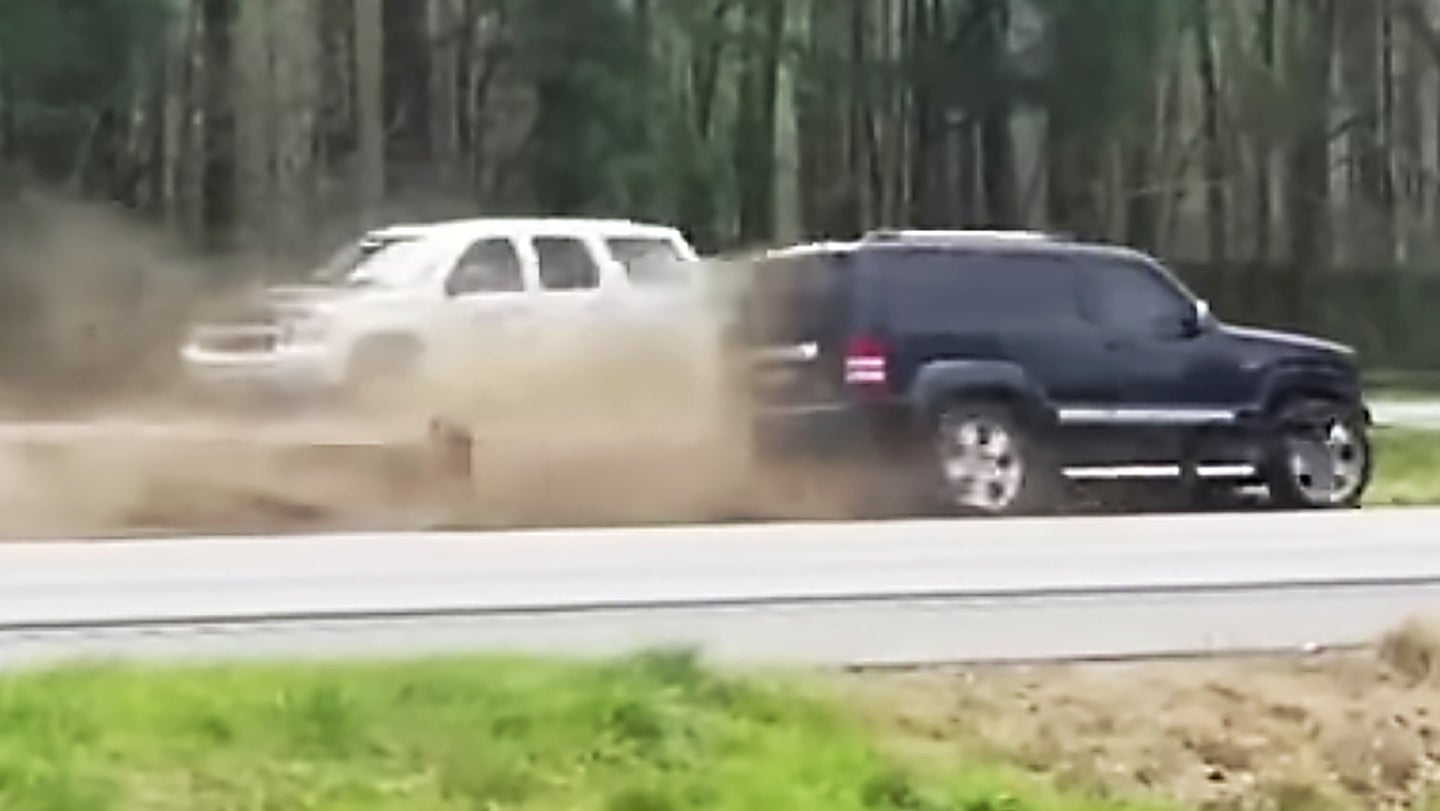 As the Presidential Motorcade was traveling near Opelika, Alabama on I85, an SUV traveling in the other direction slammed into a highway median barrier just as the core of the procession was passing in the opposite direction. It is not clear at this time exactly what caused the motorist to steer into the motorcade at that exact moment, but it does seem awfully suspicious.

President Trump was in Alabama to visit the site of a powerful tornado that did major damage to the town of Beauregard and claimed 23 lives. Although the Secret Service and local law enforcement clear the route the motorcade will travel on, the oncoming traffic that is separated by an open patch of grass for this stretch of the I85 appears to have been moving along unimpeded. Thankfully, the barrier between the two roadways worked and the SUV, a Jeep Liberty, was stopped from continuing on its path that seemed as if it would have taken it careened right into the heart of the motorcade if it was left to its own devices.

We don't know if this was a malicious act, a case of distracted driving, or some other bizarre coincidence, but it highlights just how quickly things can go from nominal to emergency for the technology-laden Secret Service agents tasked with making sure the President makes it to his destination safely.

Even with all the preparation, these types of surprise events aren't all that uncommon. They seem to happen so fast that even a barrage of hastily aimed bullets may have a hard time stopping the threat in time if it is truly of a malicious nature. Hence the need for an ever more heavily armored, cacoon-like limousine to chauffeur the President around.

In the end, the passive protective measures afforded by the Presidential Limousine are there to thwart even the most unforeseen, fastest moving, and undefendable threats.

Author's note: Make sure to read our special feature on all the pieces that make up the Presidential Motorcade by clicking here.

According to this, the driver was trying to avoid hitting a slower car and this was the damage that was done. I have seen no official reports yet to confirm this, but the images look right based on what we see in the video: