The Navy is hard at work preparing the Navy Flight Demonstration Squadron, aka The Blue Angels, to transition from legacy F/A-18 Hornets to Super Hornets. With a new mount comes a lot of work and planning, as well as some significant changes to the Blue Angels iconic routine and to the 'new' aircraft themselves.

The transition, which will occur between the end of a shortened 2020 season and the beginning of a shortened 2021 season, will include providing the team with a whopping 18 Super Hornets. All of these jets will be low-rate initial production (LRIP) units—among the oldest around—that are not equipped for front line combat and are presently either in storage or being used as trainers or test airframes.

Beyond the blue and gold paint and the smoke systems, there are a series of other modifications that will be made to the jets. According to Naval Aviation News, which is an official Navy publication, the Super Hornet's computers will also be modified to help their pilots as they perform their demo routines and to reduce their cockpit task load overall for the unique mission set.

The changes don't stop there. While a transition team is hard at work in the simulator figuring out the Super Hornet version of the Blue Angels' routine, replicating dramatic spectacle itself is not the only focus of the initiative. The new routine will be built around the Super Hornet's attributes and limitations. It will also be designed to reduce risk and lower airframe fatigue. Naval Aviation Times writes:

“While the differences may not impact the way the fleet employs the aircraft, the differences are important when it comes to designing a demonstration that’s, first and foremost, safe, but also exciting,” Bernacchi said.

“The big takeaway is that every aircraft is different,” Weisser said.

Those differences include the lift and drag, thrust-to-weight ratios and roll rates.

“Some areas are more restrictive. For example, the Hornet can fly up to 60 seconds inverted while the Super Hornet has been cleared to fly 40 seconds thus far. Using the Manned Flight Simulator, we have figured out how to reduce the inverted durations for the show while preserving the quality of the maneuvers,” Bernacchi said.

In many other ways, the Super Hornet offers improved performance—it has more thrust available, especially at low altitudes, enabling tighter turns and faster acceleration for some maneuvers, and better vertical and looping performance, Weisser said.

In addition, the Super Hornet will significantly improve reliability and efficiency as the squadron travels throughout the country—historically to about 33 cities per year. These attributes make international venues beyond North America viable as well.

Another big change will be a shorter demonstration overall. The full show currently runs 42 minutes and 30 minutes for the 'low show' where low cloud cover is present. These times will be reduced to an as yet to be decided duration. Supposedly, this was at the request of the air show industry, but also a major factor in limiting pilot fatigue and the wear and tear on the already far from new airframes:

A multi-month collaborative study with NAVAIR engineers has allowed the transition team to understand where the current demonstration puts the most strain on the airframes and has helped them develop ways to reduce the strain while preserving the visual appeal of specific maneuvers.

The net effect has been dramatic reduction in overall “stress” put on the airframes in the six pilot positions and is expected to allow the Navy to fly each airframe up to or possibly even beyond the 6,000 flight-hour design specification, Bernacchi said.

“All of this is designed to create a safe, sustainable, efficient Super Hornet era. We expect the Super Hornet will be an incredible platform for the Blue Angels. It is going to be exciting to watch, and I expect it to significantly magnify the Blues’ mission impact all across the country and internationally as well,” Bernacchi said.

The move to 18 aircraft is substantial. Today, the Blue Angels have roughly two thirds that amount of Legacy Hornets in their stable. The cost of conversion, just in terms of necessary modifications alone to the 18 jets, isn't cheap. It cost $24M to design the kit needed to turn a Super Hornet into a Blue Angel jet, with another $17M for procuring those kits, and another $2.7M per jet to install them and paint the aircraft in the team's glossy blue and gold motif. So, all in we are talking at least $89.6M in hard costs alone for the transition. The extra expense of retraining ground crews and pilots and developing all the new procedures and the routine itself will also add up fast.

As it stands now, the first two converted Super Hornets won't go directly to the team. Instead, they will be flown by Air Test and Evaluation Squadron 23 (VX-23). The squadron's test pilots and past Blue Angel pilots will put each maneuver through a validation process before it gets incorporated into the revised final routine.

So the big question at this point is what will the demonstration look like in light of time cuts, airframe fatigue limitation measures, and safety-related renovations? The squadron has had its share of tragic mishaps, but the whole idea behind the routine is that it is super engaging and thrilling to watch. We can hope the Super Hornet's larger physical presence, unique slow-speed handling qualities, and extra thrust will offset any 'softening' of the existing routine.

Overall, it's good to hear that the team is making use of older airframes that are of diminished use to the fleet or the expansive training and development apparatus that supports it. With 18 jets, the team will be able to spread flight hours out across its larger inventory which should go a long way when it comes to readiness and the logistical stability of the squadron as a whole. These planes are likely deep into the back half of their service lives anyway, so squeezing the most out of their remaining hours will be key.

We will keep you posted as the initiative to equip the Blue Blue Angels with Super Hornets marches on.

Oh, and yes, the Blue Angels are still looking to replace their aging KC-130T that flies as Fat Albert with a secondhand C-130J Super Hercules from the Royal Air Force. If that deal finally gets done, the team may end up having an all 'super' fleet for the 2021 season. 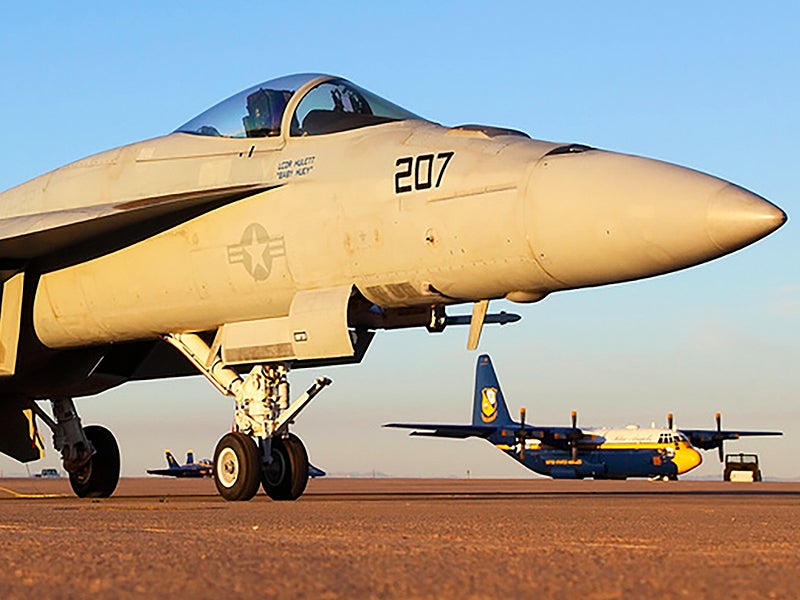 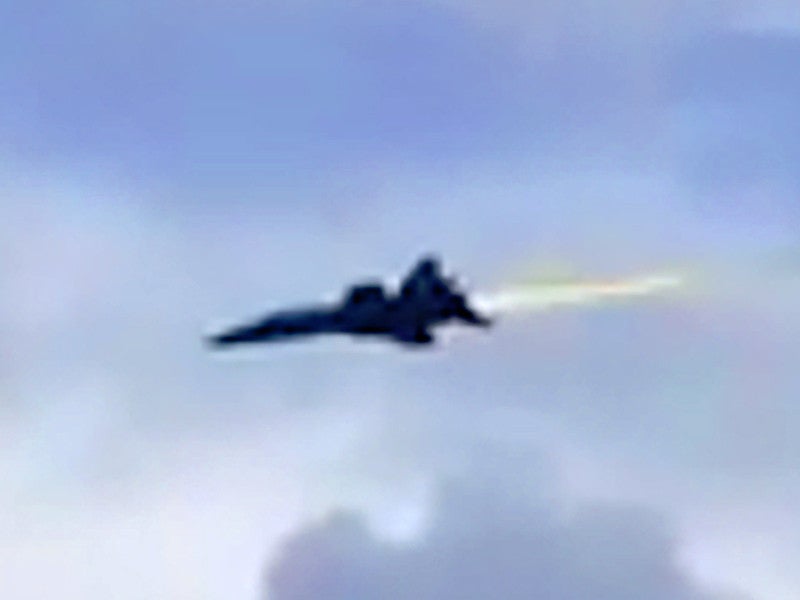 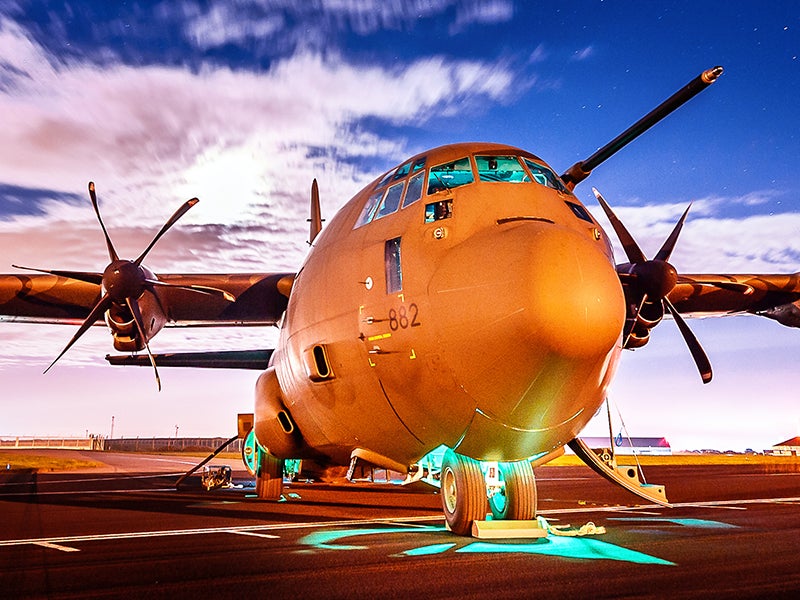