One of the Portland based F-15Cs belonging to the 142nd Fighter Wing had some landing gear trouble after a morning training mission today. As a precaution, the 41-year-old jet (78-0473) made an emergency barrier engagement landing on Portland International Airport's runway 28L.

As is custom in the fighter community, the wingman flew alongside the stricken jet on final approach, before accelerating off just before touchdown. Thankfully the plane's gear didn't fail and the F-15C pilot was able to make a beautiful arrested landed. Check out KOIN 6's sweet video coverage of the landing below.

Here is a direct link to the video in case it does not propagate below on your mobile device:

These types of landings don't all go that smoothly, depending on the aircraft's malfunction and the environmental conditions, they can be quite violent. But incidents like this are exactly why the BAK-12 arresting gear is embedded towards each end of the south runway at PDX. It retracts into its surface when commercial and general aviation aircraft are using the runway and is deployed by the tower remotely when fighter operations are taking place. When 28L/10R is closed for repairs, emergency landings under most circumstances have to be diverted to McChord Air Force Base, which is located 100 miles to the north of PDX.

America's F-15C/D fleet is made up of its oldest fighters in service, with the newest being 33 years old. The decision to continue upgrading the fleet so that it can fly and remain tactically relevant for decades to come, something that will come at a substantial cost, or replace it with new F-15X advanced Eagles appears to have finally been made. As it sits now, the Defense Department will ask to begin procuring the F-15X as part of the 2020 defense budget. Congress still has to approve that request.

Over the past couple of years, the debate was centered on divesting the C/D Eagle fleet entirely and having upgraded F-16s or even F-35s take its place. This was before the F-15X initiative came to light, a story that we broke last July.

Inflight emergencies, called IFEs in military aviation parlance, are far more common than most would think across the tactical fighter community. But the F-15C/D fleet, in particular, has been hit hard by these events as the oldest jets march towards a half century in age. In January, two F-15Cs based out of Kadena Air Base in Okinawa actually had to make emergency barrier engagement landings in opposite directions on the same runway. You can read about this crazy incident in this previous article of ours.

The 142nd Fighter Wing remains one of the USAF's premier fighter units. Their jets, which now feature APG-63V3 active electronically scanned array (AESA) radars and the ability to carry the Sniper targeting pod for long-range visual identification day or night, are tasked with defending American airspace from Northern California to British Columbia. A pair of fully armed primary quick reaction alert (QRA) jets and two backup aircraft are ready to launch within minutes to intercept potential threats or aircraft in trouble, as they famously did during the theft of a Horizon Air Q400 at SEATAC airport by a troubled ground support agent last summer.

You can see exactly what an aerial  intercept by the 142nd Fighter Wing looks like in the exclusive video posted below and read about the procedures that go along with it here.

Thankfully man and machine came out of this incident unscathed, but it is another reminder of just how dangerous the fighter jet flying business can be. 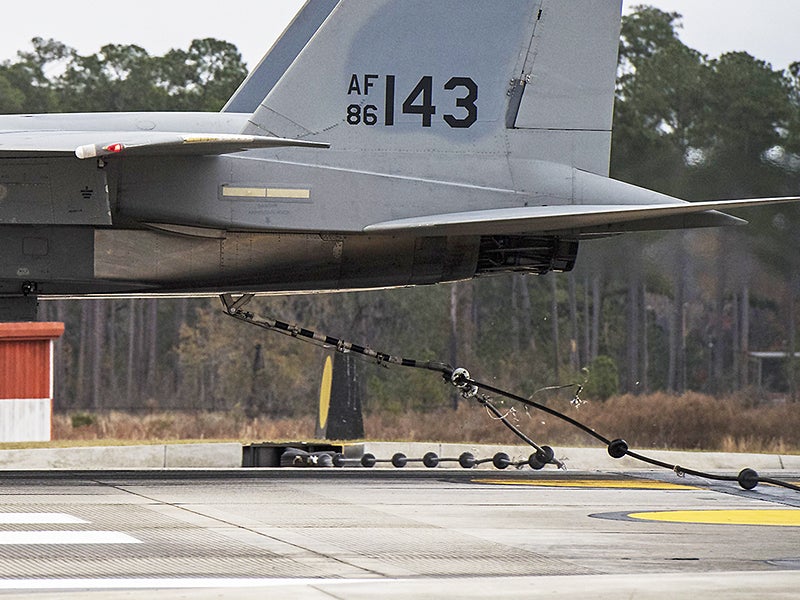 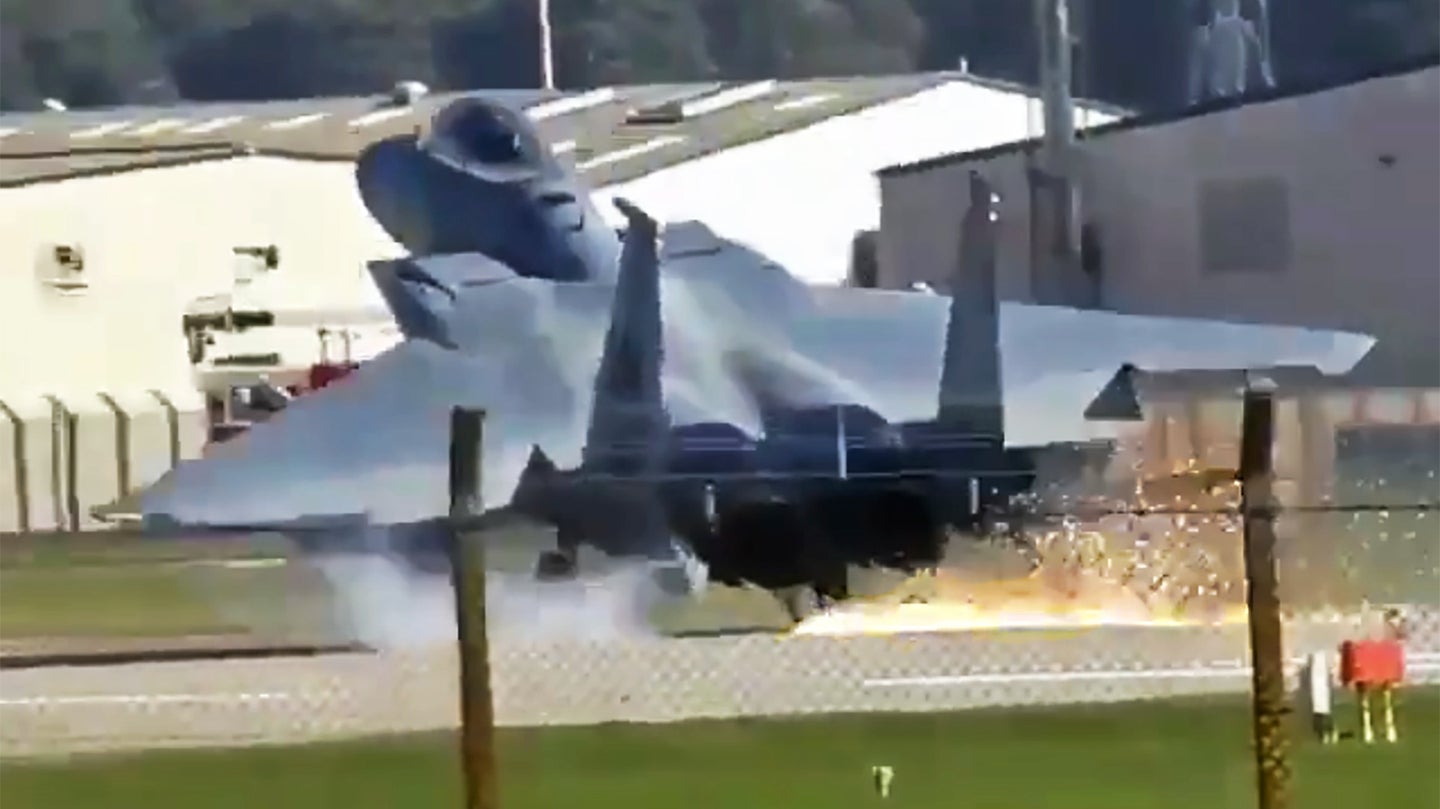 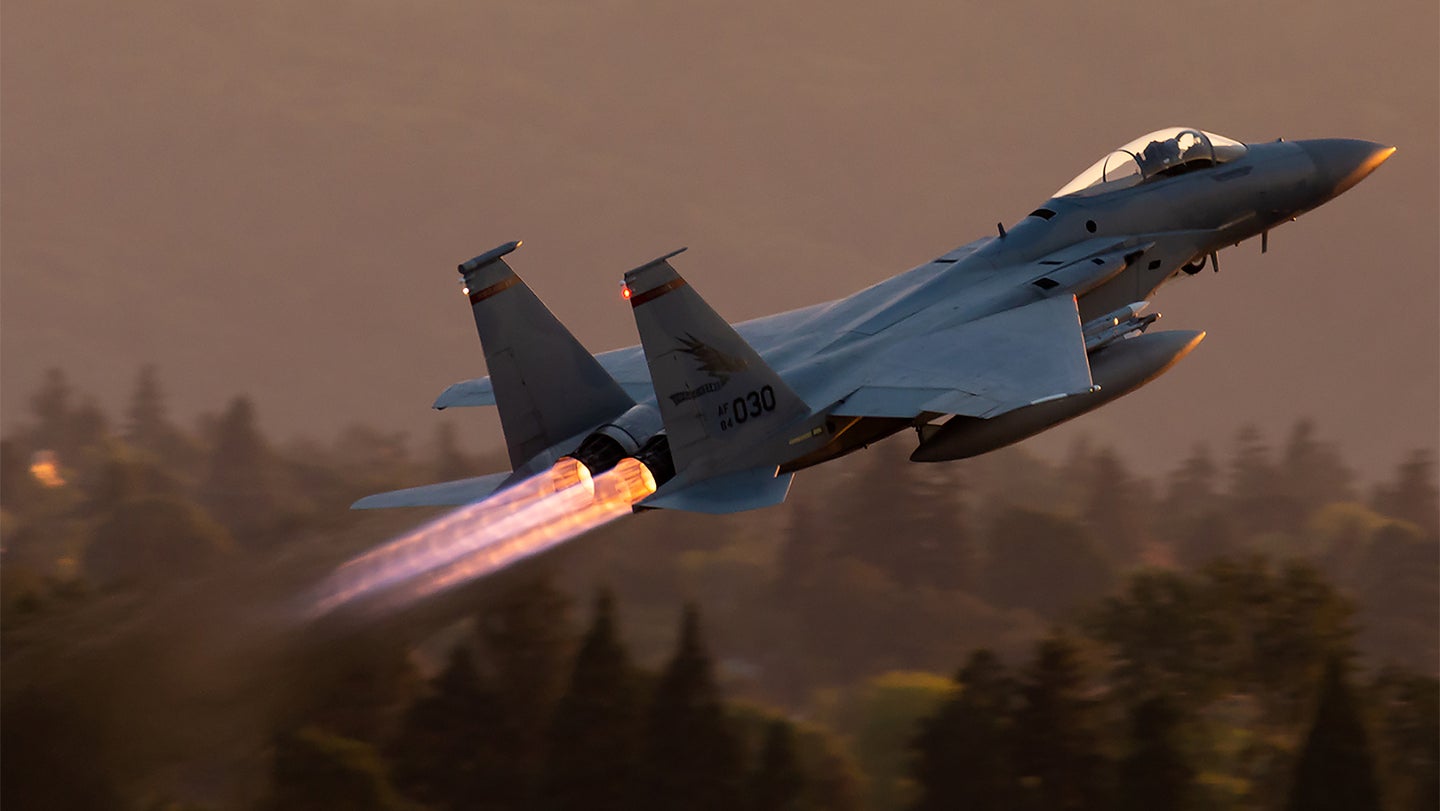