(DDG-1000) has been undergoing trials and combat systems outfitting in and around her home port of San Diego. The ship's metamorphosis into an operational combat ship is something we have been following closely. Recently, we reported on additions to her stealthy frame that would only hurt the size of radar signature. These included an exposed mast and a number of communications aerials bolted directly onto her deckhouse instead of being integrated into it seamlessly. Now, a new photo shows her fitted with twin 30mm Bushmaster cannons for the very first time.

The Zumwalt class, as we know it today, is a shadow of what it was originally envisioned to be. The vessel's capabilities and low-observable design have been progressively watered-down as part of an ongoing initiative to save money. With just three of the vessels being built, all of which are now in the water, the Navy decided to largely cut their losses and move on from trying to make the once billed as transformational Zumwalt class ships all that they could be. You can read all about this saga in this past special feature of ours.

The ramifications of producing just three vessels of the class and the cost cuts that came with it have gone so far as making the ship's 155mm Advanced Gun Systems (AGS), which takes up nearly the forward third of the entire ship, totally useless. Its ammo became too expensive to purchase in small quantities. Not long after this revelation, the Navy changed the class's mission to focus more on standoff strike and anti-surface warfare. It is possible that even nuclear strike could also be added sometime in the future.

Regardless, at this point, there is a real possibility that the AGS will be torn out of the ships entirely without ever firing a shot.

Another one of these cost cutting measures was swapping out the 57mm Mk110 guns mounted in stealthy cupolas above the ship's hangar with 30mm Bushmaster cannons that were not specifically adapted to conform to the ship's reduced radar signature. The Bushmasters were quite literally 'off the shelf' as they are found on the service's Littoral Combat Ships equipped with the Surface Warfare Mission Package and on San Antonio class amphibious assault ships. The idea was that money could be saved by switching to the far less capable system, both in terms of acquisition and integration, as well as sustainment over time.

It's worth noting that the 57mm Mk110 deck guns are also in service aboard the Navy's Littoral Combat Ships, so it's not as if an entirely new system was being added to the Navy's logistical network. The 30mm Bushmasters are cheaper in every respect, but they are also in a completely different class, capability-wise.

The Mk110 guns would have been integrated into the Zumwalt's advanced combat system. The 30mm Bushmaster, on the other hand, is a standalone and self contained system that is as close to 'plug and play' as you can get for the capability it provides. The operator literally sits inside the cupola and directs the cannon using thermal and electro-optical sensors built into the turret.

The Navy issued the following response to USNI's 2014 report on the matter:

At the time of DDG 1000 Critical Design Review in 2005, the MK110 (57mm) close-in gun system (CIGS) was selected to meet the DDG 1000 ORD Key Performance Parameter. The basis of that decision was the expected performance of the gun and its munition, coupled with desire for commonality in USN and USCG. Through 2010, various analysis efforts were conducted to assess the performance of potential cost-saving alternatives to the Mk 110 CIGS, for both procurement and life-cycle costs. The results of the analysis for alternative systems to the MK110 CIGS were not conclusive enough to recommend a shift in plan.

A follow on 2012 assessment using the latest gun and munition effectiveness information, concluded that the MK46 was more effective than the MK110 CIGS. Based on that assessment, approval was received to change from the MK 110 CIGS to the MK 46 Gun System. In addition to the increased capability, the change from MK110 to MK46 resulted in reduction in weight and significant cost avoidance, while still meeting requirements. DDG 1000 is planned to have two medium range MK46, 30mm Close-in Gun Systems that will provide a robust rapid fire capability and increased lethality against hostile surface targets approaching the ship.

You can take this statement anyway you like, but similar ones have been par for the course when it comes to justifying the Zumwalt class's decaying capabilities. Everything from the ship's drastically downgraded radar system to its low-observable design have been justified ambiguously by the term 'still meeting requirements,' albeit the exact nature of those requirements, or how fluid they have been, remain largely undisclosed.

It's also unclear what level of impact the installation of the Bushmaster cannons will have on the ship's radar cross-section. The 57mm guns were designed to be encapsulated in stealthy turreted cupolas when not in use. The fact that they were integrated into the ship's combat system also meant they were mounted lower on the upper hangar enclosure in their wedge-shaped, faceted cupolas. The 30mm guns will not be concealed at all, they sit higher atop a trapezoidal structure with their turrets and barrels always exposed.

Still, the 30mm cannons will help the Zumwalt class put up some defense against potential small boat attacks. The ship's stealthy design made incorporating 25mm chain guns, which are the primary heavy-duty force protection armament on US Navy surface combatants, not possible. But the added capabilities the Mk110 offered, from possessing four times the range and far more stopping power than the Bushmasters, to being able to potentially counter some aerial threats if the Navy wished to integrate that capability, that were lost by the switch is significant regardless of how the Navy tries to spin it.

We also have to stress that all of these cost reduction measures have a cumulative impact on the Zumwalt's ability to wage war and where they can do it. In fact, maybe the persistent degradation of the vessel's low observable design is a good metaphor as any for its overall combat capability. Each small change may not be damning in itself, but they add up over time to the point that one really has to ask what did the Navy buy here after spending tens of billions of dollars on the program? And most importantly, after spending all that money developing and building these ships, is spending a comparatively tiny amount more to get these vessels to perform as they were originally envisioned to really not worth it?

In the end, the Zumwalt class will likely prove itself to be hugely capable even in its final downgraded form. But with just three vessels built, the tiny fleet is more likely to be part of an experimental force that eventually cannibalizes itself just to stay alive in any form than the game-changing fleet of stealthy ships that the program was originally envisioned to be. But even lessons learned from their existence will be more limited because of their compromised state.

It's just troubling that even before they set sail operationally, the DDG-1000s already have us wondering 'what could have been.'

Editor's note: A big thanks to our friend MrWasabi for letting us use his photo for this piece. 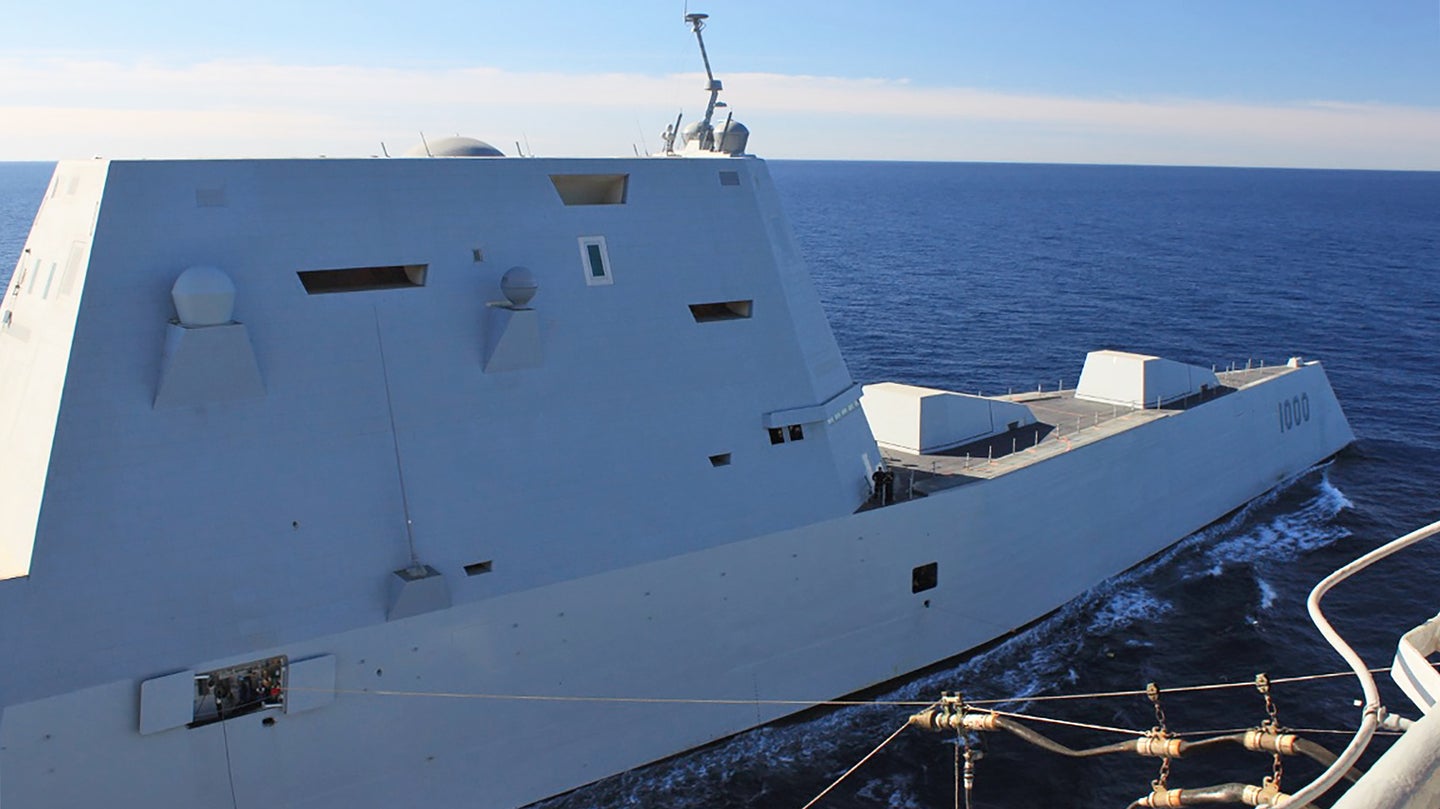 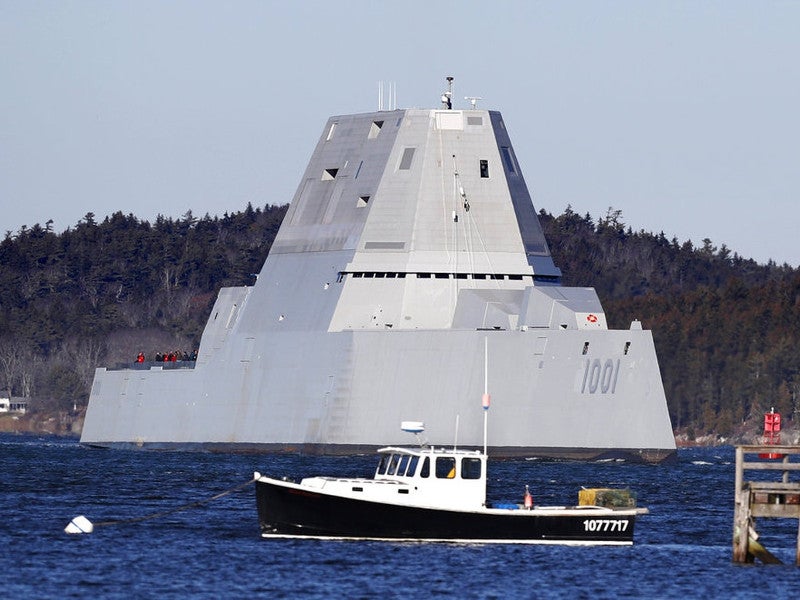 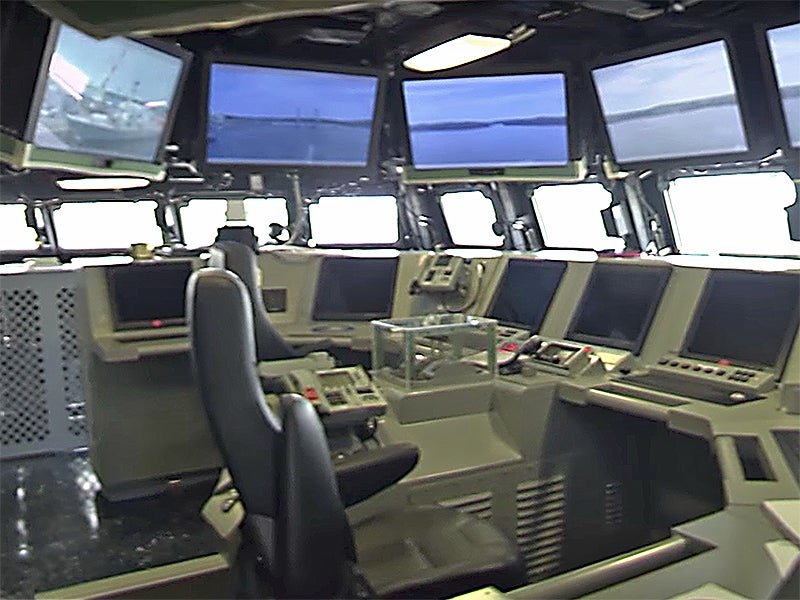