The news is jarring, to say the least, as the Air Force was touting the historic appointment up until just days ago. 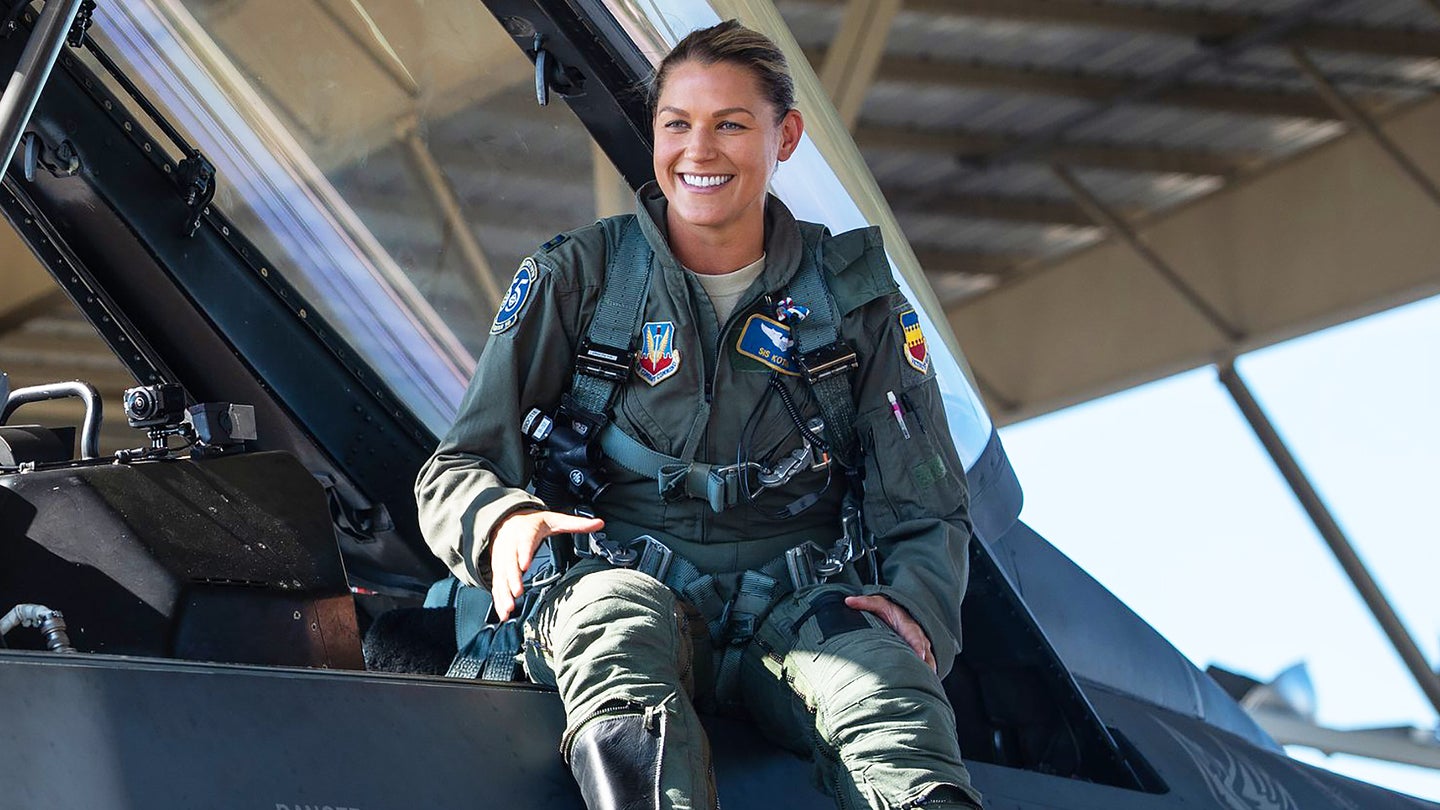 The United States Air Force has removed Captain Zoe Kotnik, the first women to lead one of the flying force's demonstration teams, after being in the position for just two weeks. Kotnik took the reins of the F-16 Viper Demonstration Team in parallel to a potent media blitz on behalf of the Air Force. The announcement was seen by many as an exciting example of how women are becoming an ever more dominant force within the service's ranks and pilot culture.

You can read all about Kotnik and her rise to such a prominent flying position in this previous piece of ours. Suffice it to say that in a year when the Air Force is set to make a major media splash with the highly anticipated blockbuster action film Captain Marvel, which stars Brie Larson as a superhero that has a fighter pilot past, axing its first female demo team lead is far from convenient.

A posting on the team's highly active Facebook page from the Commander of the 20th Fighter Wing who oversees the team reads:

I removed Capt. Kotnik from her position as the commander of the Viper Demo team yesterday, because I lost confidence in her ability to lead the team.

I know that loss of confidence is a common response from the Air Force, whenever someone is removed from a command position, and I think it’s important to understand why we take this approach.

We have thousands of Airmen across our Air Force serving our country, and not one of them is perfect. As good people, like Capt. Kotnik make mistakes, I want them to have the opportunity to learn from them without being under public scrutiny, and to continue to be a part of this great service. They’ll be better for the experience, and in turn, we’ll be better as an Air Force.

In these types of situations, I never forget that we’re dealing with real human beings, that I care deeply about, and that we are charged to take care of. This will be a difficult time for Capt. Kotnik, but she’s surrounded by wingmen that will help her every step of the way.

It was exciting to have the first female demo team pilot here at Shaw, but I’m also just as excited about the many other females that are serving with great distinction across our Air Force. I’m proud to serve with them, and I’m inspired by them. Even as I speak, another female pilot from the 20th Fighter Wing is flying combat missions in the Middle East.

Maj. Waters, last season’s Viper Demo pilot has resumed command, so the team is in great hands, and the show will go on. We’re looking forward to another amazing season with this team.

It's not all that uncommon for the Air Force to remove people from command, but it is quite rare that something like this occurs after just a matter of days of taking up the new position. We don't know for certain the circumstances surrounding this abrupt dismissal, but it's very likely that we will soon.

The Air Force Academy grad turned F-16 pilot was very active on Instagram, regularly communicating with her tens of thousands of followers, but it appears that she shut down her personal account.

Here is our follow-up piece on the commanding officer who fired Kotnik's own bout with controversy in the past.