Problems with the Littoral Combat Ship program and basic lack of communication between Navy bureaucrats have left the service paying millions of dollars to store dozens of Sikorsky MH-60R helicopters it has no immediate need for. The service has tried to offer a silver lining by saying it will now use the excess choppers to help extend the service life of the two fleets overall by spacing out flight hours across more airframes, but it's not clear how much money it will actually recoup in the process.

The Pentagon’s Office of the Inspector General became aware of the glut of helicopters during a review of available U.S. Navy and Marine Corps backup aircraft, part of a general push throughout the U.S. military to assess the readiness of aviation units in particular. The same report, which the watchdog published in January 2019, determined that neither service had adequate numbers of F/A-18 Hornet fighter jets or T-45 Goshawk jet trainers to meet operational and training demands, which is hardly surprising given the mountain of existing reporting on the dismal readiness of units equipped with these aircraft. It also criticized the Marines for a lack of oversight of similar backup stocks of armored and other ground vehicles, which may have resulted in wasted funds.

But the case of the MH-60Rs, in particular, the watchdog's findings are especially notable. They not only highlight the often-painful rigidity of U.S. military bureaucracy, but also underscore the reality of second-order impacts of years-long problems with the Littoral Combat Ship (LCS) program.

The LCS program includes two distinct classes of ships, Lockheed Martin’s Freedom-class and Austal USA’s Independence-class. Both types of vessel are capable of carrying an MH-60R helicopter, which is primarily intended to support anti-submarine and general sea control missions. The MH-60R is the latest evolution of the Sikorsky SH-60 Sea Hawk, which is itself a navalized derivative of the UH-60 Black Hawk.

These helicopters can also support boarding operations and special operations forces missions. In recent years, they have also taken on an increasing close-in defense role against potential attacks from small unmanned aircraft and swarms of small boats. They're also set to gain an electronic warfare role with the integration of the Advanced Offboard Electronic Warfare (AOEW) pod, which you can read about more here.

Back in 2007, the Navy still expected to ultimately purchase 55 LCSs of both classes, despite the fact that cost overruns and other issues were already threatening the program at that time. In turn, the service subsequently determined how many MH-60Rs it would need to buy based on the expectation that it would need sufficient helicopters to support that total LCS fleet.

In 2012, the Navy MH-60 program office agreed to purchase at least 120 of these helicopters as part of a joint-service contract. Two years later, the Navy cut back plans for the LCS program from 55 ships to just 32. It no longer needed all 120 of the helicopters, but Naval Air Systems Command (NAVAIR) determined it would cost more to cancel the deal than to just buy the remaining choppers anyways.

This situation has only gotten worse given the persistent changes to the LCS delivery schedule and plans for the fleet overall. At the time the Pentagon's inspector general put its report together, the Navy's target date to get the last of these ships was October 2023, but it's not clear if that will come to pass. "The need for these helicopters will continue to be delayed if the LCS delivery schedule is delayed beyond October 2023," the review warned.

Compounding matters, the Navy inexplicably does not have a formal requirement for divisions within the Office of the Chief of Naval Operations to inform each other of changes to their programs that could have impacts on related procurement. As such, the Director, Air Warfare, Office of the Chief of Naval Operations, “did not receive notification of changes in the Littoral Combat Ship’s (LCS) quantity and schedule delays,” according to the Pentagon’s top watchdog.

“If … divisions communicate in a timely manner about a dependent weapon system’s quantity changes and delivery status, program office officials could attempt to decrease procurement quantities and extend the delivery period or delay procurement to avoid paying storage and preservation fees for weapon systems that may not be needed,” the report continued. Unsurprisingly, the Pentagon’s Inspector General’s Office has recommended that the Navy ensure there is sufficient communication in the future to do everything possible to avoid similar over-spending in the future.

It’s not clear if this particular case how avoidable the situation was in the end, though. The Navy had agreed to the purchase MH-60Rs based on a 55-ship fleet of LCSs two years before that LCS procurement plan changed. The service did rightly decide against pursuing any additional optional purchases under the same contract.

However, by the same measure, the Navy locked itself into a long-lead arrangement for the MH-60Rs, which apparently has severe cancelation penalties, based on LCS program at a time when its future was already in question due to serious delays and cost overruns. In addition, in spite of this reality, at no point in the nearly seven years between when the Navy ordered the first LCS and when it agreed to the deal with Sikorsky did bureaucrats reassess its total helicopter requirements.

Regardless, what this all means, though is that as of July 2018, the Navy had a requirement for a total of 206 MH-60Rs for operational and training requirements, as well as 29 backup helicopters that it could rotate into service when other choppers to had to go in for major maintenance or were otherwise out of commission. But the service presently has 270 of the R models, 35 more than it says it needs.

As of 2018, the flyaway cost of every new MH-60R the Navy purchased was around $34 million. This means the 35 excess helicopters had cost the service at least nearly $1.2 billion, money that it could have spent on any number of other priorities in the interim.

On top of that, while, the Navy says it has found a need for one more MH-60R, but will still have to pay to store all of the remaining 34 aircraft at least through the 2020 Fiscal Year at a total cost of more than $1 million each year in total. The service will have to pay hundreds of thousands of dollars more annually for routine maintenance and other services to ensure these helicopters retain their operational status. This doesn't account for any upgrades to their systems they might need to keep them relevant in the meantime, either.

To try and recoup some of the costs, the Navy now plans to “rotate these excess … helicopters with operational helicopters every 2 to 3 years to reduce the accumulated flight hours across the fleet,” according to the Inspector General’s report. By doing this, the Navy expects to extend the overall service life of the MH-60R fleet out to 2042, years beyond its initial projections, but it remains to be seen whether the service will actually be flying any of the helicopters that long.

The service, as well as the Marine Corps, is investigating new, unmanned platforms that will be able to take over many of the MH-60R's roles and otherwise fundamentally change the character of shipboard rotary wing operations. The same ships that presently carry the helicopters already increasingly bring along MQ-8B Fire Scout drone helicopters, too, and the Navy is continuing to develop the much more capable MQ-8C.

The service has made it a requirement for its future guided missile frigates, presently referred to as FFG(X)s, to both the MH-60R and the MQ-8C, which might offer another avenue for finding a use for the extra helicopters. The Navy expects to buy 20 FFG(X)s through the 2030 Fiscal Year, which equates to almost as many LCSs that it cut from previous budgets.

Unfortunately, it will take some time for those ships to enter service, which will still leave the Navy without any firm demand for the excess MH-60Rs for years to come. By the time the FFG(X)s begin regular operations, the push toward unmanned rotary wing systems may be even more pronounced, as well, limiting demand for manned helicopters.

Depending on how its own requirements evolve, the Navy might be able to divest some or all of the extra helicopters and sell them to allies and partners. The Royal Australian Navy and Royal Danish Air Force have already received the type. Sikorsky, now part of Lockheed Martin, is also in the process of delivering additional examples to Saudi Arabia.

If nothing else, the Navy’s over-purchase of MH-60Rs is a prime example of how the problems with the LCS program continue to have a costly rippled effect throughout the service. It will certainly be a teachable moment in how changes in one program can have serious cascading impacts on other related procurement plans.

It might also offer valuable lessons in how to squeeze the most value out of any such debacle in the future, too. But any after-the-fact efforts to soften the blow don't change the fact that the Navy put itself in an inflexible position and has spent hundreds of millions of dollars up front without any guarantee it will ever see a meaningful return on that investment.

At a time when the services continually say they are doing the best to find costs savings and maximize value to the taxpayers, dozens of MH-60Rs sitting idle due to the failures of the LCS program shows that the U.S. military as a whole still has a long way to go in improving their spending habits. 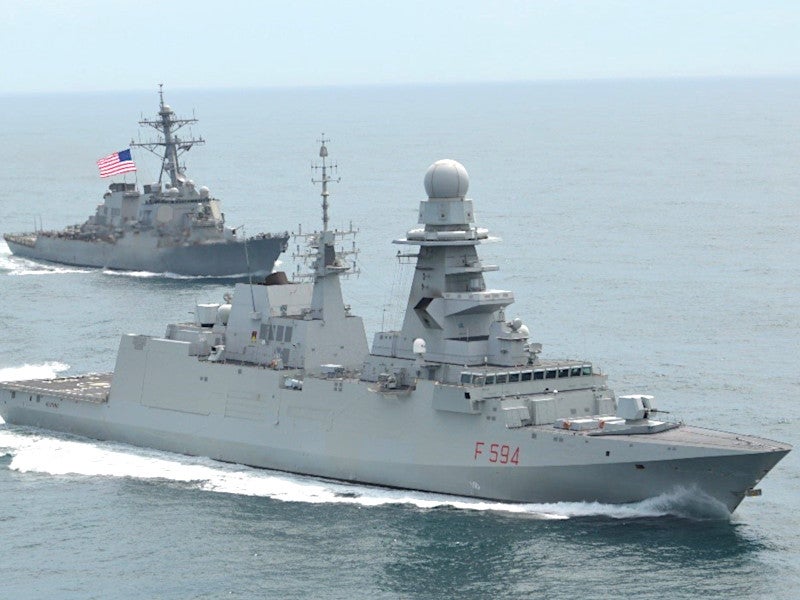 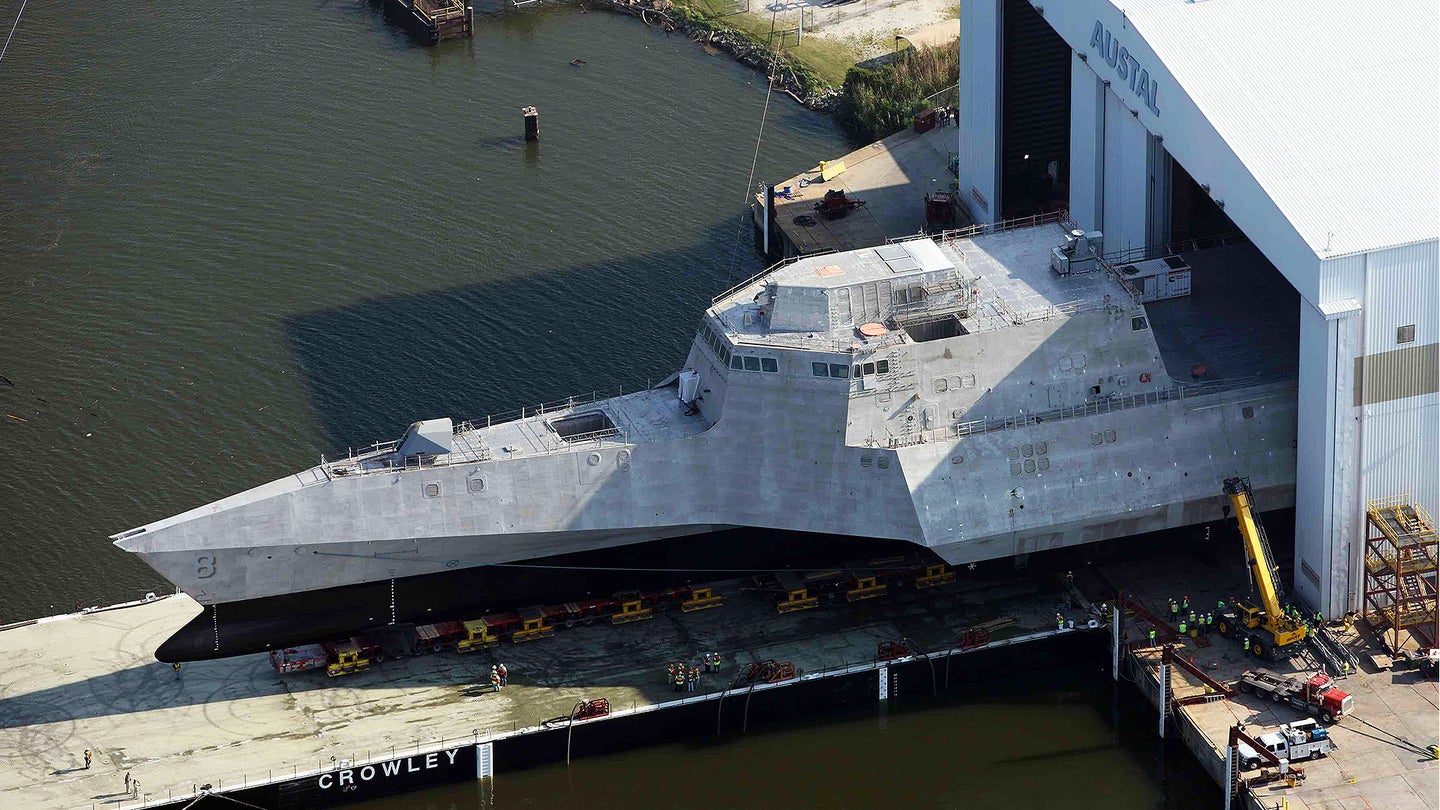