The historic site served as the cradle of live nuclear testing during the Cold War and continues to be a key component of America's nuclear deterrent. 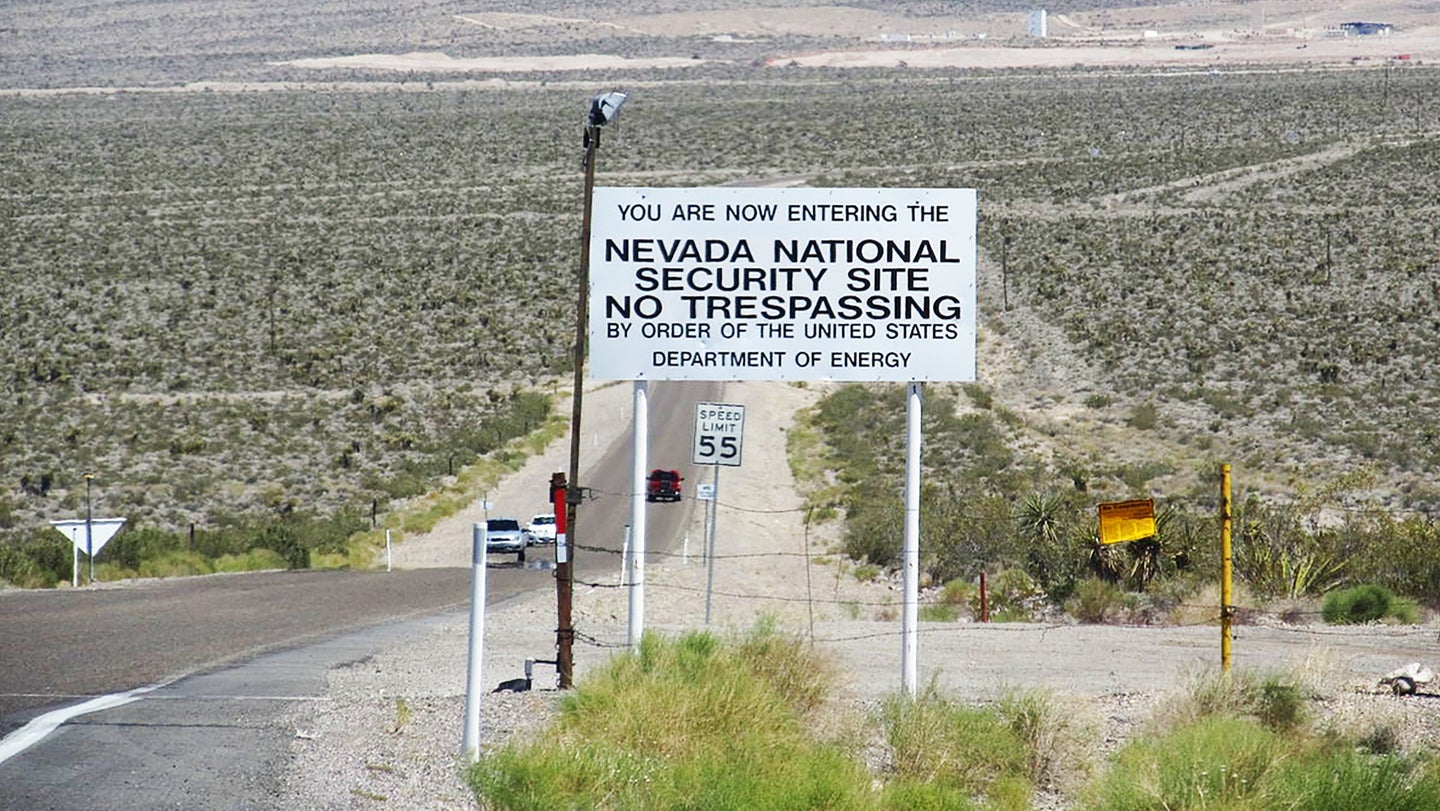 Long known as the Nevada Test Site and now called the Nevada National Security Site, the sprawling land mass deep in the southern Nevada desert is home to some of America's most sensitive installations and pockmarked with craters from past nuclear explosions. It's here that a peculiar and deadly incident occurred on January 28th, 2019.

At 5:18pm local time, a man drove through the security checkpoint at Mercury, which is located roughly 70 miles north of Las Vegas. The austere enclave off U.S. Route 95 has long acted the basecamp for the Test Site's operations. A car chase ensued, with the notoriously territorial private contractors that guard the massive installation and Nye County Sheriff deputies pursuing the rogue vehicle.

The chase went on for roughly eight miles before the car pulled over. A man got out of his car with some type of metallic cylindrical object in his hand and confronted his pursuers. He would not respond to verbal commands and was shot dead by both security personnel and law enforcement officers as a result.

An official statement from the Department of Energy, whose National Nuclear Security Administration runs the site, says that they have contacted the FBI to help investigate the strange incident.

The facility, which encompasses nearly 1,400 square miles and is surrounded by the Air Force's Nevada Test and Training Range, includes a nuclear weapons assembly plant, experimental flight test facility, and large explosive testing areas, among many other sensitive sites, and is notorious for its extreme security.

The Nevada Test Site draws a lot of public interest, mainly due to its controversial history of atmospheric nuclear testing and the development and sustainment of America's nuclear deterrent, but its neighbor to the east, Area 51, is far better known for having its perimeter fence and main gate areas visited by tourists, adventurers, nut jobs, and pretty much everything else in between. Tours of the Nevada Test Site's historic areas are given to the public a number of times throughout the year, but they occur under very tight security conditions.

So far, we have no information on what this man's motive may have been or his level of sobriety, but suffice it to say that such events are rare out at the remote locale.