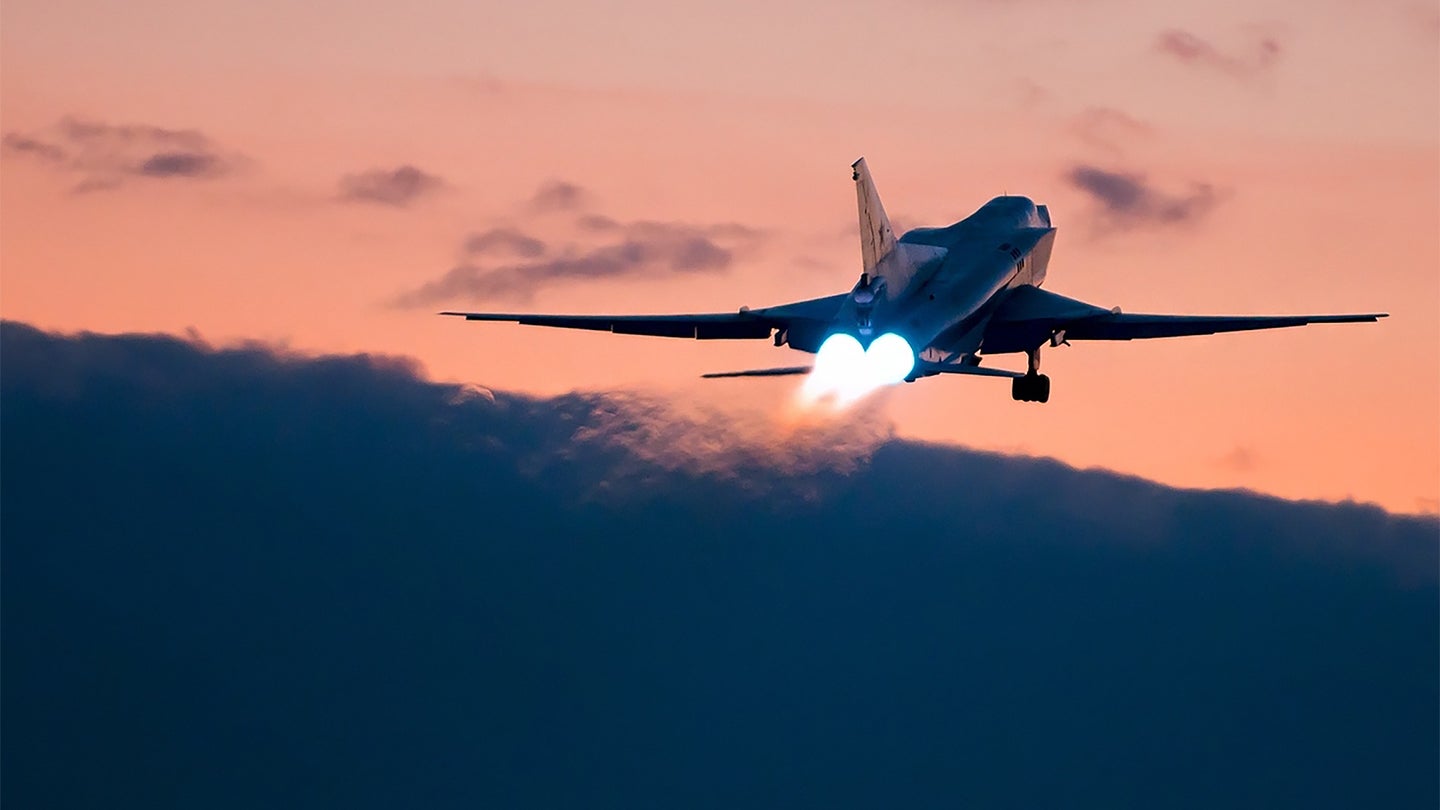 Russia's Tu-22M3 Backfire bombers and Su-34 Fullback combat jets are grounded following a spate of accidents in recent days. This comes after Russian Minister of Defense Sergei touted plans for an uptick in major drills and exercises this year, in part to improve overall readiness.

The most recent accident occurred on Jan. 22, 2019, when a Tu-22M3 crashed while trying to land at Olenya Air Base near Olenegorsk in Russia's Murmansk Oblast, killing three of the four crew on board. On Jan. 18, 2019, a pair of Su-34s crashed into the Sea of Japan after reportedly colliding with each other. Search and rescue teams safely recovered the pilot of one of the planes, as well as the bodies of the two crew from the other jet. The fourth individual involved in the accident remains missing.

The exact circumstances of these mishaps are unclear, but they are both under investigation. An unnamed source told state-run media outlet TASS that weather conditions at Olenya were poor and may have contributed to the Tu-22M3 crash, but this is unconfirmed.

In both cases, the aircraft were on routine missions in regions that have garnered increased attention as of late. Russia and Japan remained locked in a dispute over the final status of the Kuril Islands chain in the Sea of Okhotsk, further to the northeast of the Sea of Japan.

This has prevented them from making a deal that would formally and finally bring World War II to a close for the two countries more than seven decades after Japan's unconditional surrender to the Allies. Tensions over the issue have recently spiked and Russian combat aircraft, such as the Su-34s, routinely fly patrol and training missions in the Far East near Japan, often prompting the Japan Self-Defense Forces to scramble jets to intercept them.

Similarly, the Tu-22M3 returning to Olenya could have been completing a training or other flight over the Arctic region, which has become increasingly strategic in recent years. On Jan. 1, 2019, the Russian Ministry of Defense issued a statement specifically noting its plans to increase sorties in the far north and project heavy airpower more widely in the area, a significant decision that you can read about more here.

In December 2018, Russian Defense Minister Sergei Shoigu also promised that the Russian military would step up its training plans overall in the coming year, with more than 4,000 major drills and some 8,500 smaller events across all service branches. These would take place both at home and abroad, as well.

"Next year is going to be extremely busy. ... The main focus will be placed on applying expertise in the use of troops in today’s armed conflicts and training commanders to effectively address non-standard tasks," Shoigu said during a public conference call with various regional commanders and other officers. Snap drills, in particular, "makes it possible to pinpoint problems that are not very visible in everyday life," he added.

The Russian military has suffered a number of high profile aviation accidents in recent years. Most recently, in October 2018, an Aero L-39 Albatros training jet crashed in the country's North Caucasus region, killing both pilots.

In 2018, Russia's forces in Syria also lost a Su-30SM Flanker fighter jet and an An-26 Curl cargo plane in apparent accidents, with the latter mishap leaving all 32 people on board the transport dead. In December 2017, another Tu-22M3 ended up damaged beyond repair after overshooting the runway at Shaykovka Air Base near the city of Kirov in central Russia.

But with limited information from the Russian military, it's hard to say whether these mishaps form a broader trend, such as the one the U.S. military aviation communities are experiencing at present after years of sustained combat operations with limited time and funds for routine training and maintenance. If the Kremlin is trying to increase the tempo of military aviation activities, it could similarly increase the strain on units to keep their aircraft flying. At the same time, of course, there is always some amount of risk of pilot error, sudden shifts in environmental conditions, or bird strikes, among other things, all of which can lead to serious accidents.

We will certainly be keeping an eye out to see if the Russian military's "extremely busy" 2019 correlates in any way with an uptick in aviation mishaps.