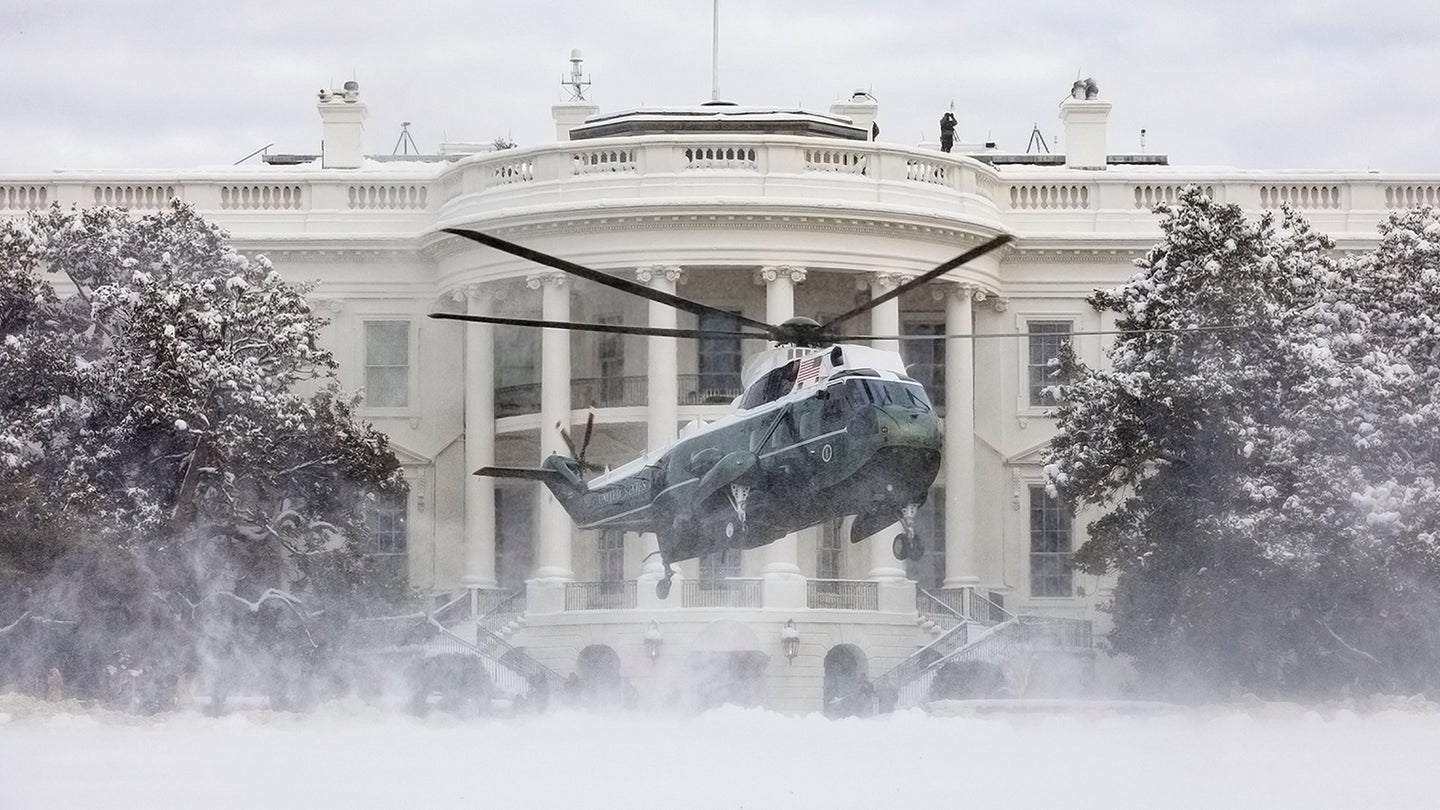 Nearly a foot of snow was dumped onto Washington D.C. and the surrounding area over the 36 hours, leaving a gorgeous winter wonderland in its aftermath. No matter what political turmoil is afoot on Capitol Hill, the White House always looks absolutely breathtaking when blanketed with snow. And few objects can stir up action in the white and wet stuff like the blades of a low flying helicopter, and in this particular case, a very special chopper at that—Marine One.

A Sikorsky VH-3D belonging to HMX-1 plucked President Trump from a very white South Lawn earlier today, whisking him off to Andrews Air Force Base for a trip to New Orleans aboard Air Force One. The images of Marine One arriving at and departing from a picturesque-looking White House and creating its own snowstorm are absolutely stunning as you can see below.

Air Force One experienced a rare malfunction before taking off, delaying its departure nearly an hour. Later that evening, Trump returned to the White House, wrapping up the final leg of his journey aboard Marine One once again.

When the VH-3D approached the South Lawn, it seems pretty clear that the press waiting for his arrival wasn't ready for the blizzard the helicopter would conjure up. Check out the clip below:

In a past exclusive from November of 2018, we were the first to post very similar, albeit much more temperate pictures of the VH-3D's replacement, the VH-92A, landing on the South Lawn for the very first time. As part of the testing program for the Marine One replacement helicopter that is currently underway, the USMC is looking at ways to mitigate the VH-92's more powerful downwash so that it won't damage the White House's landscaping.

With the aircraft slated to enter service in 2019, the next snow storm that hits D.C. may result in an even more powerful helicopter-made blizzard at 1600 Pennsylvania Avenue.