The U.S. Navy says it's not sure when the U.S. Marine Corps will be able to declare initial operational capability with their new Sikorsky CH-53K King Stallion helicopters due to technical issues. The CH-53K program already has a long history of delays and these new developments threaten to again push back the Marines’ plans to replace their increasingly old and troublesome CH-53E Super Stallion fleet.

Vertical Magazine got the latest status update on the CH-53K program as of January 2019. Bloomberg was the first to report that new problems had emerged in the helicopter’s development in December 2018. The Marine Corps had taken delivery of its first King Stallion in May 2018.

“Discovery of technical issues later than expected and [the] inadequate rate of their closure resulted in a flight test efficiency rate that was less than projected,” Greg Kuntz, a spokesperson for Naval Air Systems Command (NAVAIR), which oversees the CH-53K program for the Marine Corps, said in a statement to Vertical. “We are evaluating requirements to the program but have not yet made a formal determination on IOC [initial operational capability] or IOT&E [initial operational test and evaluation] dates.”

As of 2014, the Marine Corps had expected to reach initial operational capability with the CH-53K in 2019 and the service still plans to eventually buy a fleet of around 200 King Stallions to replace the older Super Stallions. Though visually similar to the CH-53E, the CH-53K is an all-new helicopter that is larger and significantly more powerful – not to mention more expensive – than its predecessor.

But the Marines’ official 2018 Aviation Plan only described the initial operational capability date as being “on the five year horizon.” At the same time, the annual report said that Marine Heavy Helicopter Squadron Three Six Six (HMH-366) is slated to become the first operational squadron flying the type sometime in the 2020 fiscal year, which runs from October 2019 to September 2020.

In the meantime, a detachment within Marine Operational Test and Evaluation Squadron One (VMX-1) is operating the first two CH-53Ks that Sikorsky, now part of Lockheed Martin, has delivered so far. This unit is scheduled to receive additional pre-production King Stallions between 2019 and 2020 to support its test and evaluation mission.

At present, one of VMX-1's helicopters is at Marine Corps Air Station New River in North Carolina, while the other is at the Navy’s China Lake test center in California. At New River, “maintainers are meticulously taking the aircraft apart and putting it back together” as part of a “logistics demonstration,” Bill Falk, the CH-53K program manager at Sikorsky, told Vertical. The second helicopter is at China Lake is there for “ballistic testing” to evaluate its survivability against enemy fire and other hazards.

Neither of these helicopters are reportedly undergoing any flight testing at present and that may be linked to the design’s ongoing technical troubles. The known issues have to do with a defect that results in exhaust gasses getting sucked back into the engine, problems with the main drive shaft and tail rotor assemblies, and main rotor gearboxes that are failing well before they're supposed to, according to Bloomberg.

In development since 2006, the Marines originally expected to reach initial operational capability with the King Stallion in 2015, but this steadily got pushed back over time. Gearbox trouble was among the issues that pushed that timeline back to 2019 in the first place.

To add insult to injury, NAVAIR and Sikorsky had both indicated these long-standing issues had gotten resolved in 2016. Ahead of the delivery of the first helicopter in 2018, the Marine Corps had also publicly dismissed another Bloomberg report that said the service was aware of over 1,000 remaining deficiencies that still needed to get fixed.

“You saw the CH-53K fly,” U.S. Marine Corps Colonel Hank Vanderborght, the service’s CH-53K program manager, said to reporters after a demonstration at the Berlin Airshow in April 2018. “Did it look like a helicopter that has a thousand problems with it?”

Beyond the King Stallion’s specific design issues themselves, the Navy has experienced additional delays in getting redesigned components for additional testing, according to Bloomberg. Part of this may be due to the fact that the sole subcontractor responsible for the gearbox casings on the CH-53K filed for bankruptcy in 2016.

The Pentagon did not name this firm in a September 2018 report to President Donald Trump discussing risks to the U.S. defense industrial supply chain, which was the first public acknowledgment of this specific issue. The company was also the only domestic supplier of gearbox casings for the Boeing AH-64E Apache gunship helicopter and Bell-Boeing V-22 Osprey family. The Navy said would approach other potential manufacturers to find an alternate source for these parts to meet its particular requirements by the end of 2018, but it is unclear if they have found a replacement firm or firms.

Sikorsky remains upbeat that it will be able to resolve the remaining issues with the CH-53K and deliver sufficient helicopters to meet the Marine Corps’ demands to conduct its first operational missions with the type sometime between 2023 and 2024. Falk, the company’s King Stallion program manager, also said that engine exhaust ingestion issue should be resolved this year, according to Vertical.

Its still unclear whether this means that the flight test plan will continue as planned or might end up getting accelerated, in order to try and have sufficient helicopters ready by the end of the year so that the Marines can declare initial operational capability. Testing the helicopter’s propulsion system, flight controls, and avionics are still on the agenda, Falk told Vertical. The goal is also to evaluate the CH-53K ability to fly in various environmental conditions and operating envelopes, as well as its capabilities when operating from Navy amphibious ships before the end of the year.

The Marines also remain heavily invested in the CH-53K as the need for a replacement for the aging CH-53Es becomes increasingly urgent. The Corps’ aging Super Stallions have suffered a number of high-profile crashes in recent years and the helicopters have only become increasingly hard to maintain as time has gone on.

Hopefully, the remaining issues with the CH-53K will prove to be relatively easy to rectify and any additional delays will be minor. After more than a decade of difficulties already, the Marines can ill afford to wait much longer for the new helicopters. 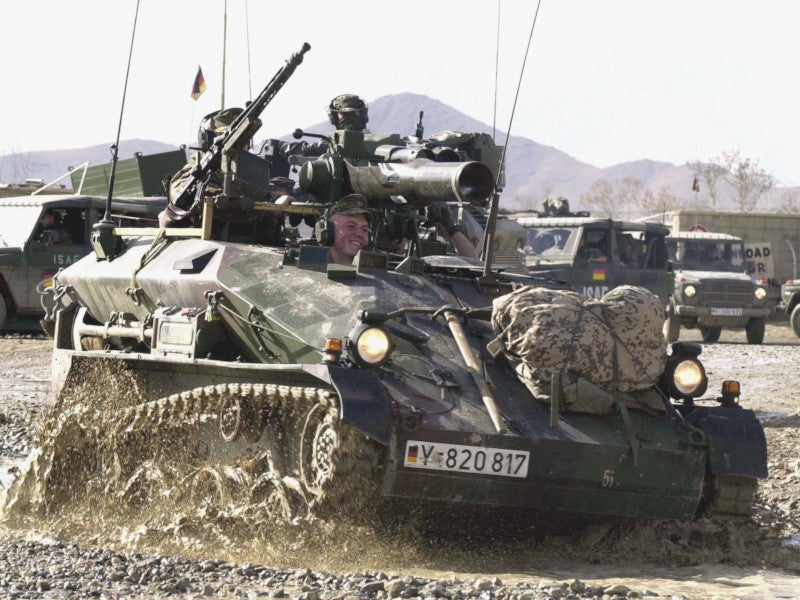 NATO’s largest exercise in decades is letting the alliance’s members show off unique capabilities, including a particularly tiny armored vehicle. 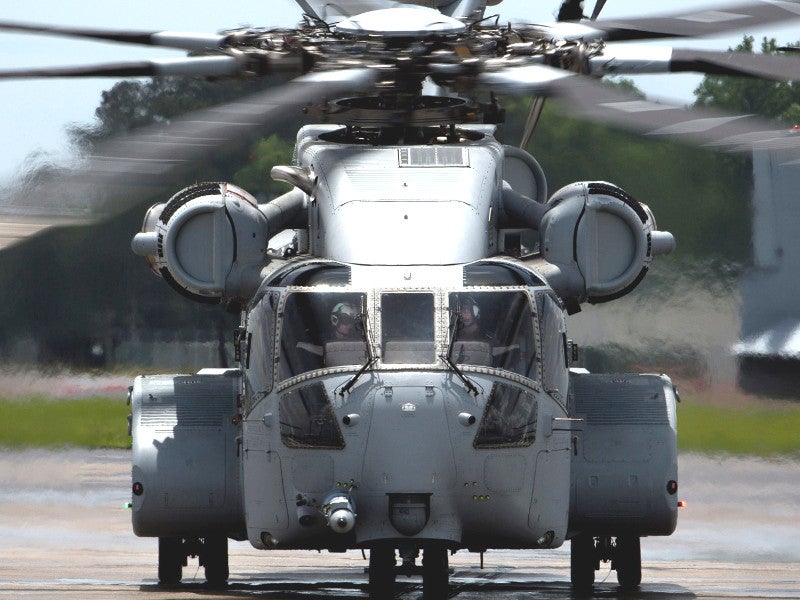 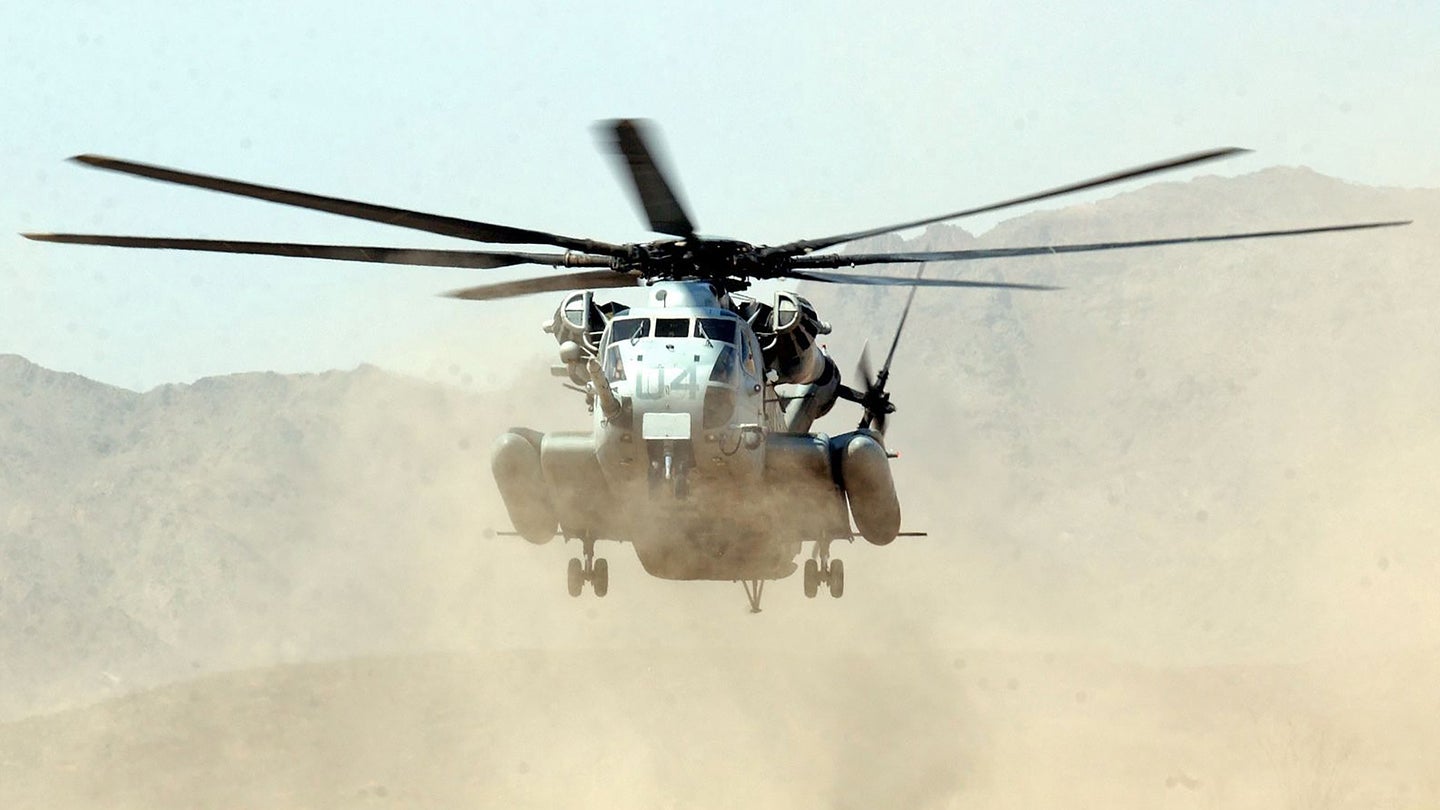