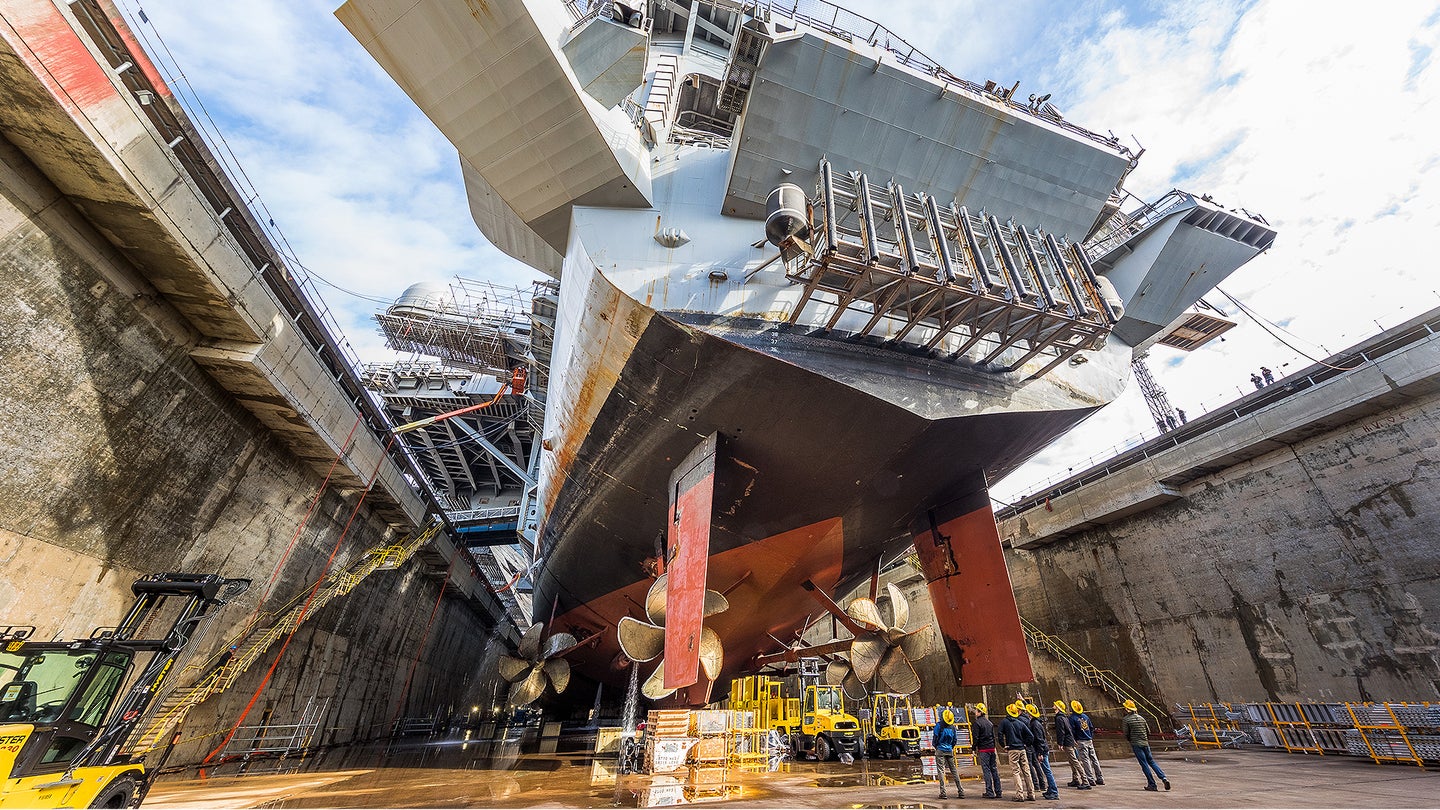 The fact that USS Nimitz (CVN-68) is the Navy's oldest operational aircraft carrier really ages you. Following the early retirement of USS Enterprise (CVN-65), America's supercarrier fleet is all Nimitz class, but that will change once the atrociously expensive USS Gerald R. Ford (CVN-78) actually enters operational service. In the meantime, Nimitz has been receiving some much needed TLC up at Puget Sound Naval Shipyard in Bremerton, Washington as part of a nine month long planned incremental availability maintenance period.

The shipyard has released a string of amazing photos showing a well-worn Nimitz during its time in dry dock over the better part of the 2018. They almost have a cathedral-like vibe to them and the proportions of the ship, seen from its keel up, are hard to get your head around.

With calls to expand the U.S. Navy's carrier inventory, as well as the Navy's fleet size in general, to meet growing threats from peer state competitors like China and Russia, Nimitz may serve well past its 50 year service life. As it sits now, the nuclear-powered supercarrier will be retired from service in 2023, but further maintenance and upgrades may allow it to serve on, which would significantly help maintain a 12 supercarrier force. Today 11 supercarriers are in the Navy's fleet. You can read all about this possible life extension initiative in a past TWZ article linked here. If the option to extend Nimitz's life is executed, other Nimitz class supercarriers in the U.S. Navy's fleet could also potentially receive similar life extensions as needed. The Navy is also looking at extending the service lives of some of its surface combatants, such as its Aegis-equipped cruisers and destroyers, as well.

So, there you have it, the old lady of America's supercarrier fleet, still going strong as she approaches her 50th birthday with the help of the hard working folks up at Puget Sound Naval Shipyard. It's also worth noting that these images serve as a good reminder of just how important the Navy's shipyards are, which have been left to rot in recent decades. This harsh reality is something the Navy is finally coming to terms with. In the end, you can build all ships and submarines you want, but unless you have industrial capacity to keep them in an operational state, they become fiscal black holes that live their lives roped to a pier.

A big hat-tip to Chris Cavas of @Cavasships for drawing our attention to these wonderful images!