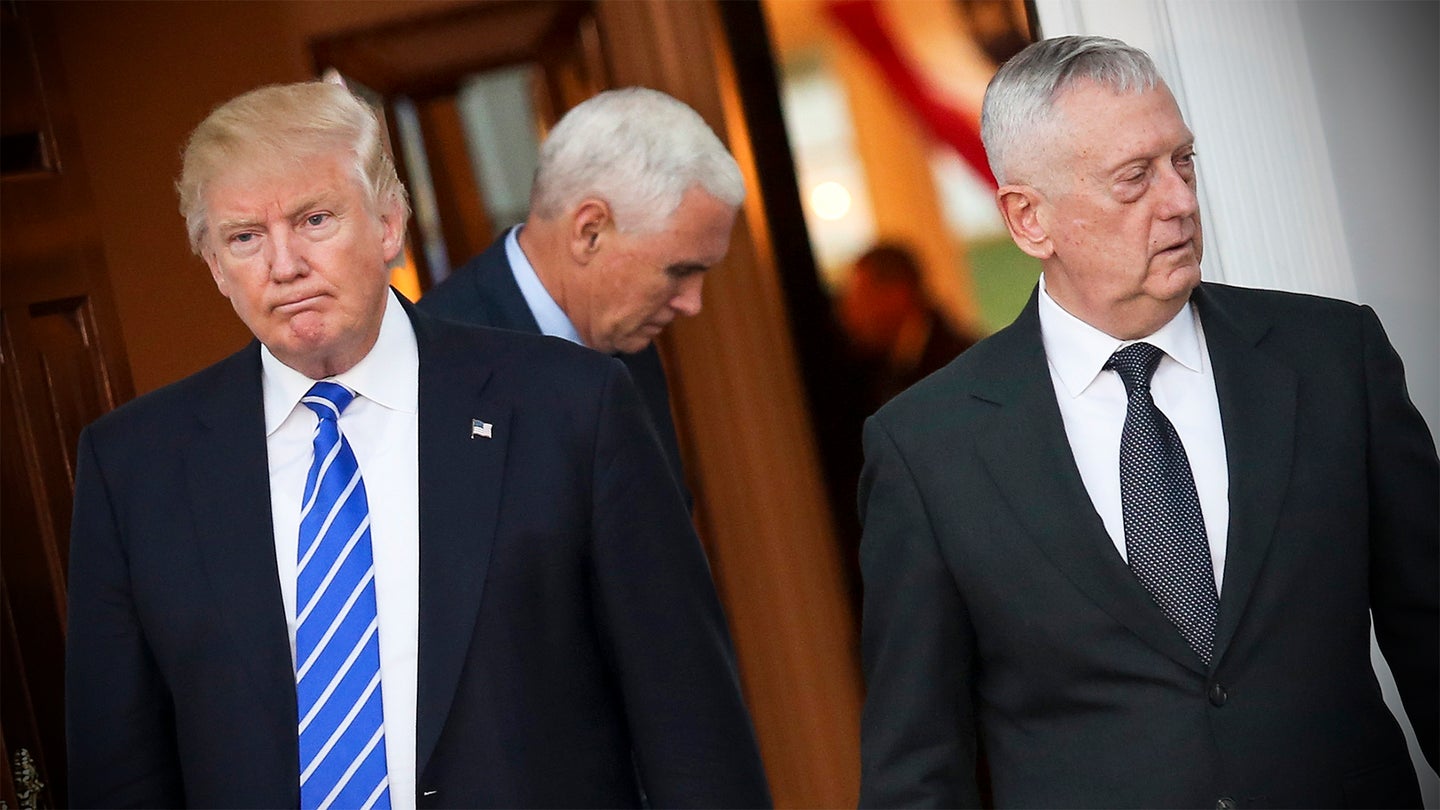 Retired General James Mattis has officially resigned as the 26th U.S. Secretary of Defense. The news comes after President Donald Trump decided with little warning and against overwhelming advice from his cabinet and senior advisers to rapidly withdraw all personnel from Syria and end combat operations in the country overall, something Mattis has made clear time and time again would be an error with profound consequences.

Trump framed the resignation as a "retirement" in the Tweet seen below, but Mattis' resignation letter makes it clear that the two do not see eye to eye and that someone whose "views are better aligned with your own on these and other subjects" would better serve Trump. Mattis also mentions the need to treat our allies with respect and to provide clear global leadership—a clear swipe at Trump's foreign policy—in the relatively long resignation letter that is also posted in the tweets below.

This also comes as multiple reports that Trump will also order a withdrawal of forces from Afghanistan are surfacing. This is something I said would be a very likely possibility after yesterday's sudden orders.

Mattis is very highly regarded on both sides of the aisle and is seen by Trump's political opponents as "the last adult in the room" after it was announced retired General John Kelly was also leaving his position as White House Chief of Staff. Combined with a looming government shutdown over funding for Trump's border wall—even after a stop-gap spending measure has been passed by Congress—as well as the tightening focus of the Mueller Investigation—one of 17 investigations into Trump's political and business practices—this news is sure to rattle Washington to its core.

We will save the opinion for another post, but we want to hear from you! Let us know what your thoughts are on this news in our always lively comments section below.