The U.S. Army have picked two defense contractors to proceed with development of a light tank to provide additional firepower for its airborne and dismounted infantry brigades. The program is part the service’s larger effort to modernize its armored vehicle fleets amid the U.S. military’s push to be better prepared for a potential conflict with conventional nation-state opponent, especially a “great power” adversary, such as Russia or China.

The Army awarded the deals to BAE Systems and General Dynamics Land Systems (GDLS), worth more than $375 million and $335 million respectively, on Dec. 17, 2018. Each firm will build a total of 12 prototype vehicles within the next 14 months for further tests and evaluations as part of what the service formally refers to as the Mobile Protected Firepower (MPF) program. The Army rejected a third bid from a team-up of U.S. defense company SAIC, Singapore’s ST Engineering, and Belgium’s CMI Defense.

“Our offering integrates innovative technology that reduces the burden on the crew into a compact design deployable in areas that are hard to reach,” Deepak Bazaz, BAE Systems’ Director of Combat Vehicles Programs at BAE Systems, said in a company press release. “We’re confident our design meets the requirements and the unique capabilities the IBCT needs.”

“We are excited about this opportunity to provide the U.S. Army a large-caliber, highly mobile combat vehicle to support the infantry brigade combat teams,” Don Kotchman, Vice President and General Manager of General Dynamics Land Systems U.S. Market, said in a separate release from that company. “We are especially proud of this new opportunity to serve in the Infantry Brigade Combat Team (IBCT) formation, which we have not done until now.”

Both of the vehicles are tracked designs with manned turrets. BAE’s updated M8 Armored Gun System (AGS), which it had previously been referring to as the Expeditionary Light Tank (ELT), features a 105mm cannon, while GDLS’ Griffin II has a 120mm main gun. BAE’s entrant also had the lightest configuration, weighing in at around 20 tons with additional applique armor and other add-ons. The basic Griffin II is closer to 28 tons.

Both vehicles will feature various secondary weapons and there are plans to add active protection systems (APS) in the future. The Army is presently conducting separate tests of APS options as part of a program seeking to develop a modular self-protection architecture for all of its armored vehicles. On-board launchers for small drones or loitering munitions, improved sensors, and other advanced equipment may also become requirements for the final MPF design as time goes on.

The first formal MPF requirements emerged in 2015 in the aftermath of Russia’s lightning takeover of Ukraine’s Crimea region and subsequent armed intervention on behalf of separatists fighting that country’s central government. These events sent shockwaves through the U.S. military establishment and reinvigorated calls for improving capabilities to combat conventional opponents who might be armed, at least in part, with heavy armored vehicles.

At present, Army airborne and other dismounted infantry brigades rely on man-portable and light vehicle-mounted anti-tank guided missiles as their sole means of tackling enemy armor. These units also have limited options for defeating other hardened targets, including fortifications and similar obstacles. As such, the goal of the MPF program is to provide these units with a light tank with a large caliber main gun that can defeat opposing armor and reinforced defensive positions. The vehicle would also be able to engage enemy forces without automatically needing to first close within range of their weapons.

For paratroopers, who have a core mission to be prepared drop into enemy or enemy adjacent territory to seize control of key objectives, this sort of vehicle could be particularly valuable. These units might otherwise find themselves ill-equipped to deal with a dug-in opponent or especially vulnerable to counter-attacks from enemy heavy forces as they await follow-on forces after jumping into the target area.

This next phase of the MPF looks set to be a spirited competition. BAE Systems is touting the technological maturity of its design, which is an updated iteration of a vehicle the Army funded development of in the 1990s. The service canceled that program in the face of budget cuts. That decision contributed to the Army's adoption of the Stryker wheeled armored vehicle family, which are also receiving new weapon systems and other updates.

GDLS’ entrant similarly leverages existing work by using the hull from its Ajax armored scout vehicle, which the company is already building for the United Kingdom, and turret features from the M1 Abrams tank. The company is also using a 120mm cannon design that it originally developed as part of the Army’s abortive Future Combat Systems (FCS) program.

The Griffin II could have another leg up in the competition depending on how the separate Optionally Manned Fighting Vehicle (OMFV) program progresses, too. GDLS has entered the Griffin III, which is configured as an infantry fighting vehicle and features a 50mm automatic cannon, into that competition, which is seeking a replacement for the Bradley fighting vehicle family. Both the OMFV and MPF fall under the larger Next Generation Combat Vehicle (NGCV) program.

The MPF program could still face a number of hurdles, too. The Army has been trying to field a vehicle like this for decades, but has consistently run up against the difficulty of finding a design that is sufficiently light to be suitable for operating with otherwise dismounted infantry units and that is armored enough to be survivable against its intended opponents. We at The War Zone previously examined this debate in-depth in regards to the MPF program.

After axing the M8 in the 1990s, the Army retired the M551 Sheridan air-droppable light tank, a vehicle with its own, at best checkered history, without a direct replacement. The decision was certainly made easier by the fact that with the end of the Cold War, it appeared that large-scale, conventional conflicts were a think of the past, a belief that has increasingly proven to be short-sighted. On top of that, though, there were concerns that the M8 was too lightly armored in its air-droppable configuration to be survivable and too heavy in its up-armored configurations to fit inside medium-size airlifters, such as the C-130 Hercules, at all.

Now, with the MPF, the Army has yet again dispensed with the air-drop requirement and now expects a single U.S. Air Force C-17A Globemaster III to be able to air-land two MPFs. This will require a secure landing zone on the ground in order for airborne units to bring in their new light tanks.

Advanced lightweight APS could help mitigate a lack of armor on either of the MPF designs, but these systems only work against typical infantry anti-tank systems, such as anti-tank guided missiles and rocket-propelled grenades. They would do little, if anything, to shield the vehicle against hostile armored vehicles with large caliber automatic cannons or main battle tanks with full-size main guns.

Regardless, the Army is already planning for the MPF to be a relatively niche asset, at least in the near term, with a total initial fleet size of just 54 vehicles. This would include a first batch of 26 vehicles, plus a second lot of 28 more, including eight refurbished prototypes. The Army says it could eventually buy more than 500 examples, though.

A typical Army armor company has around 14 Abrams tanks, which would mean the service is looking to start with a buy of less than four companies worth of the new light tanks, or about the necessary number for a battalion attached to the 82nd Airborne Division, which was the last Army unit to use the M551. The 82nd is already acquiring ex-U.S. Marine Corps LAV-25A2 light wheeled armored vehicles, which are air-droppable, to provide more immediate added firepower during airborne operations.

In spite of these potential challenges, the Army hopes to select a final MPF design before the end of 2022 and have the first examples in service between 2024 and 2025. It’s an aggressive schedule that makes it clear the service wants to get its first light tank in decades into the field and ready to support its lighter forces as soon as possible. 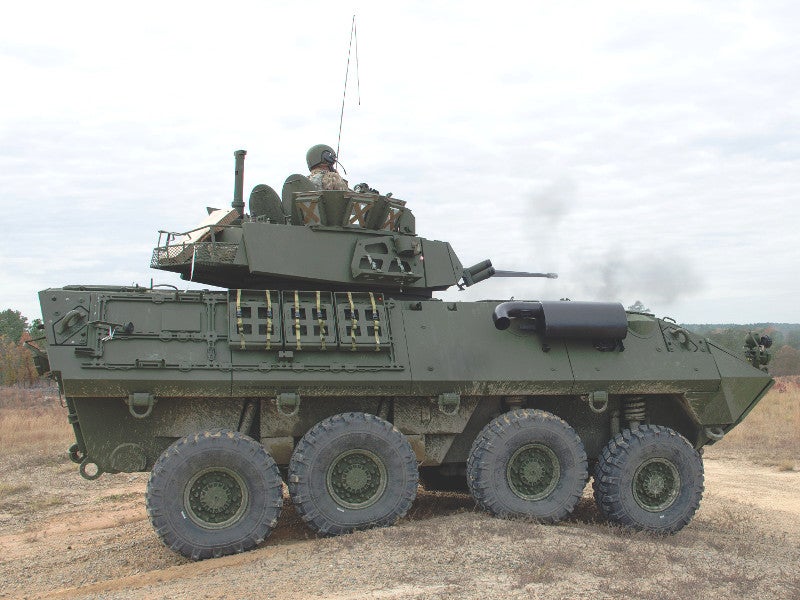 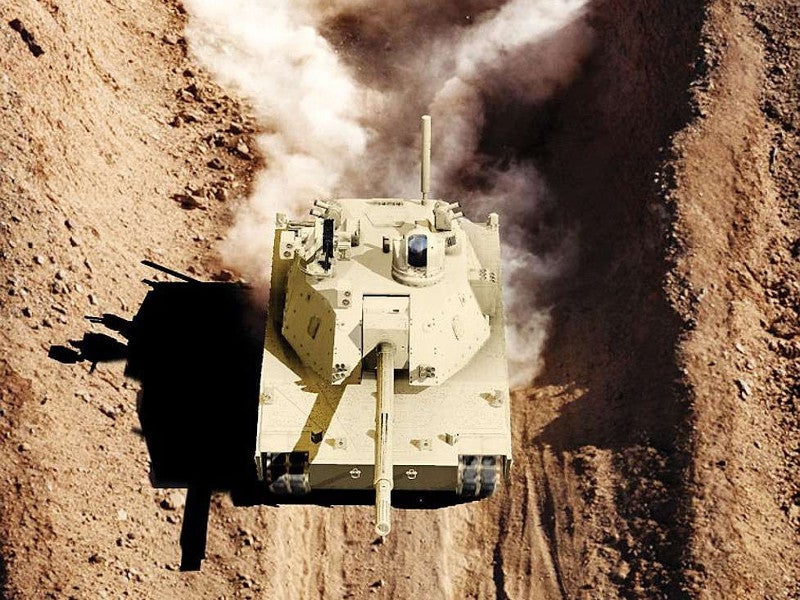