Republican Representative Martha McSally’s Arizona Senate race loss to Democratic challenger Kyrsten Sinema, together with the death of the state’s beloved Senator John McCain, means the A-10 Warthog has lost its most vocal defenders in Congress this year. This has prompted many to question whether this will prompt the U.S. Air Force to redouble its efforts to retire the venerable ground attack aircraft for good. The impact may actually be less pronounced than the planes defenders might fear, but it also might still not be enough to save the ‘Hogs from going to the Bone Yard.

McSally, herself a retired Air Force colonel, former A-10 pilot, and member of the House Armed Services Committee, had been the Warthog’s primary advocate in the halls of Congress after McCain passed away from cancer in August 2018. She had declined to seek re-election as a Representative for Arizona in 2018 in favor of running to take the Senate seat left open by Senator Jeff Flake’s decision to retire from public office. New Hampshire Senator Kelly Ayotte, another Republican and supporter of retaining the A-10, had lost her re-election bid in 2016. There is, of course, a distinct possibility that Arizona Governor Doug Ducey will now appoint McSally to take McCain's seat, propelling her into the Senate, anyway.

It’s hard to understate McSally’s impact on the state of the A-10 program and her role in preserving it in the face of repeated attempts by the Air Force to retire the aircraft. She was instrumental in getting language in successive annual defense policy bills that prevented the service from ditching the ground attack aircraft without having an adequate replacement ready to go and without conducting a comparative “fly-off” between the Warthog and the F-35 Joint Strike Fighter. The Air Force has long planned to replace the A-10 with the stealthy fighter jets and has hidden the head-to-head evaluation, which finally occurred last Summer, and its results from public view.

Familiar with both the aircraft and the Air Force bureaucracy, McSally also had a knack for understanding various factors at play and knowing what questions to ask. During a hearing in June 2017, she picked up on the service’s first public disclosure of plans to cut three combat-coded A-10 squadrons entirely and immediately pushed back against that proposal.

At present, there are nine combat-coded Warthog squadrons in the active and reserve components of the Air Force, including the Air National Guard. There are a total of more than 280 A-10s are spread out across those units, as well as training and test squadrons. At the time of the June 2017 hearing, the Warthog was supporting combat operations in Iraq and Syria and were forward deployed in South Korea in order to respond to any potential North Korean aggression, as well as conducting various training engagements elsewhere around the world.

“How are you going to maintain something like that with six squadrons?” she asked incredulously during the June 2017 hearing, referring to the combat capability offered by the current force. “It doesn’t make any sense to me.”

Since then, the Air Force has ostensibly put those plans on hold. The service has also rebooted a program to re-wing dozens of Warthogs, extending their life expectancy at least until 2040.

“Losing McSally, that will hurt because she was a big voice for it [the A-10], but we have a pretty big voice right now,” David Perdue, a Republican Senator from Georgia and member of the Senate Armed Services Committee, told Defense News after the November 2018 elections. “We’re making our case and so far they’re paying attention to it.”

Georgia and six other states, in addition to Arizona, all host A-10 units, giving their legislators in Washington a vested interest in preserving the aircraft as part of the Air Force. When it comes to the Republicans from many of those states, many of them are just as supportive of the Warthog as McSally has been, if less publicly vocal.

The Democratic Party’s victories in the House in the 2018 mid-term election, which has put them in the majority and given them control of the committees, including the House Armed Services Committee, have raised concerns about whether Republican advocacy may be enough. Many Democrats, including Adam Smith, a Representative for Washington State and incoming Chairman of the Armed Services Committee, have announced their desire to trim the defense budget in the future. President Donald Trump’s own administration had already said cuts were coming in the face of surging federal deficits.

But preserving the A-10, a relatively low-cost platform that has repeatedly proven its worth in combat, might not necessarily be a hard sell to cost-focused Democrats. There’s a good chance that Democratic members of Congress will also be quick to question the wisdom of retiring any Warthogs when the Air Force is complaining that it needs more planes and is pushing to increase its overall force size from 312 to 386 operational squadrons.

The bigger problem on the horizon for Congress is that they've been in an increasingly impossible position with regards to the A-10 for months now. Legislators made sure to include sufficient funding for the wing upgrade kits for its oldest Warthogs and the Air Force is publicly supportive of that project. But, in reality, the service seems to be slow-rolling the process and doesn't expect to begin taking delivery of bulk of those replacement spans for another four years.

There is evidence that the service is using accounting trickery to hide the fact that it is effectively pulling many of those aircraft out of service already. If there simply aren’t enough airworthy A-10s to fill out all nine combat-coded squadrons and support their routine activities, it becomes harder to argue against shuttering certain units and redistributing their personnel to other units that sorely need them.

As McSally had rightly pointed out in 2017, six squadrons cannot provide the same operational capacity as nine and there are diminishing returns overall as combat aircraft fleets shrink. So, if the Air Force does succeed in doing away with three Warthog squadrons as it has sought to do, it will only help diminish the relevance of A-10 force, regardless of the utility of those aircraft.

You cannot deploy airplanes you don’t have, which will leave commanders in the field seeking alternatives. This will only fuel the Air Force’s long-standing, but debatable argument that other aircraft are adequate substitutes.

There’s only so much McSally, or any other members of Congress, could have done to avoid this increasingly no-win situation from developing. The Air Force's deliberate and repeated hamstringing of A-10 upgrades and major maintenance, including canceling the initial re-wing program early, over the past decade has made the retirement of at least some Warthogs

Of course, none of this is to say that the battle between Congress and the Air Force is over. Far from it, especially if McSallys still becomes a Senator in the end. At the same time, though, it appears to be an increasingly losing proposition for legislators.

There may come a time, and soon, when it would become more useful to spend this time and energy in ensuring the Air Force actually moves ahead with its light attack aircraft program, which also seems to be in danger of dying on the vine, and otherwise pushing the service to develop new ground attack capabilities and preserve the knowledge base the A-10 community has cultivated over the decades.

Perhaps with McSally’s loss and McCain’s passing, now the remaining defenders of the vital ground attack capability and capacity the Warthogs provide will go on the offensive again. But considering that the USAF has made just keeping the aircraft in the inventory a constant and outright nagging battle, it's possible that they will decide to focus their political capital elsewhere. 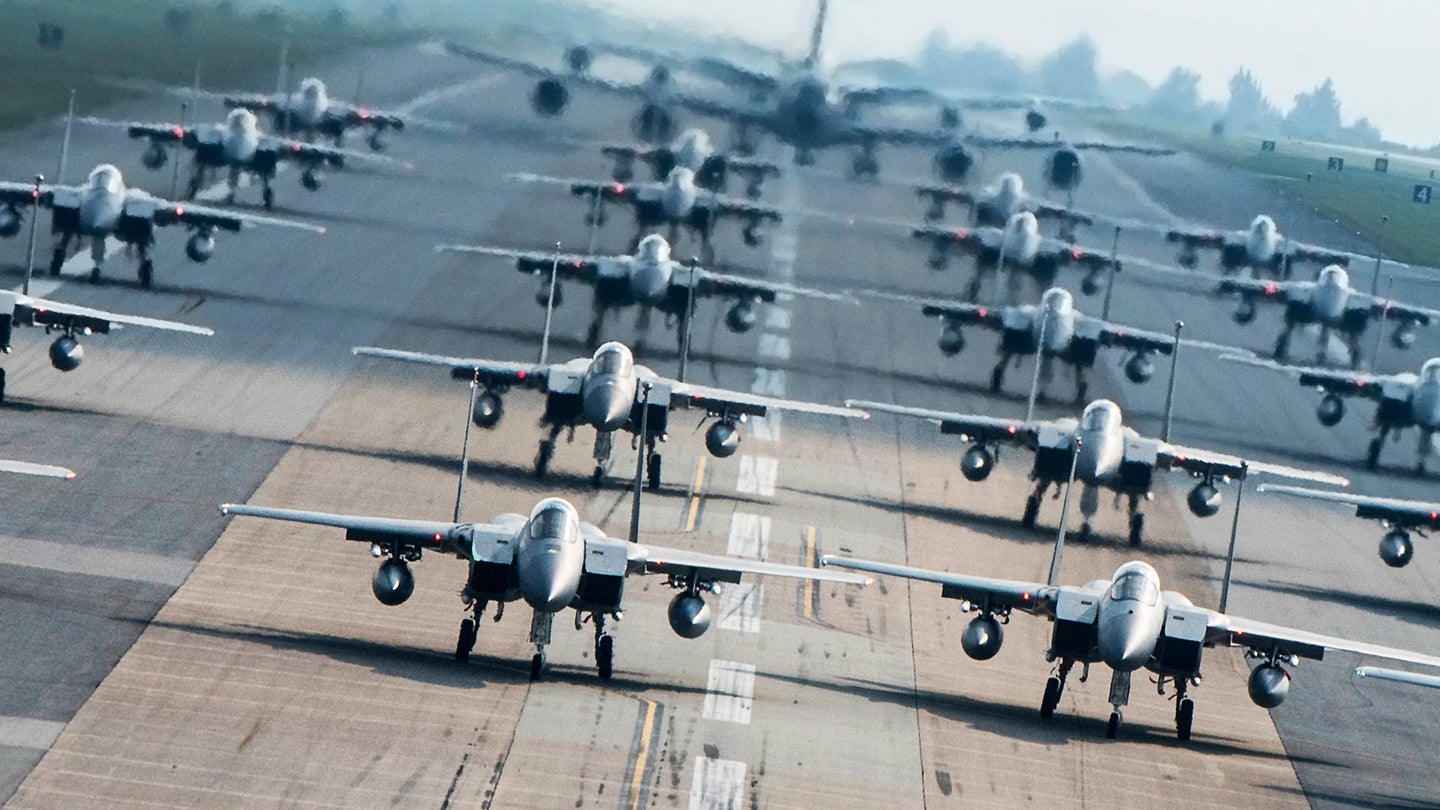 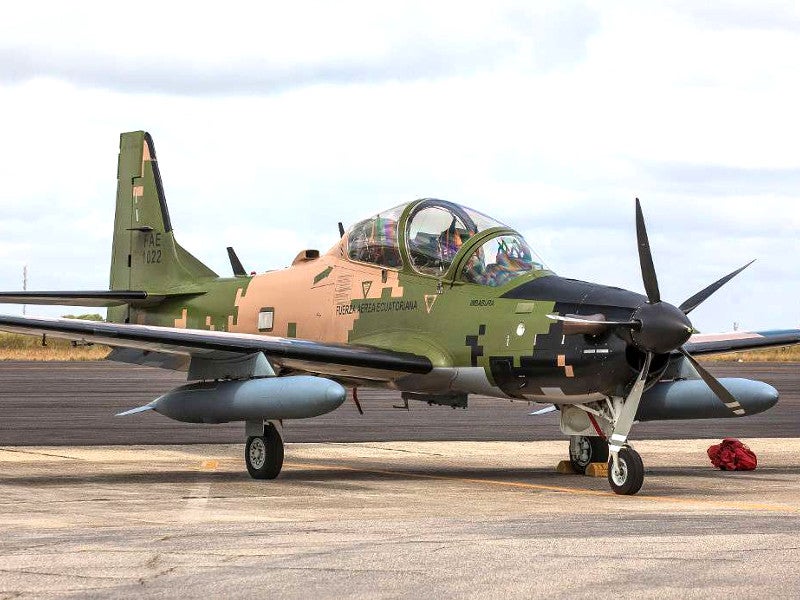 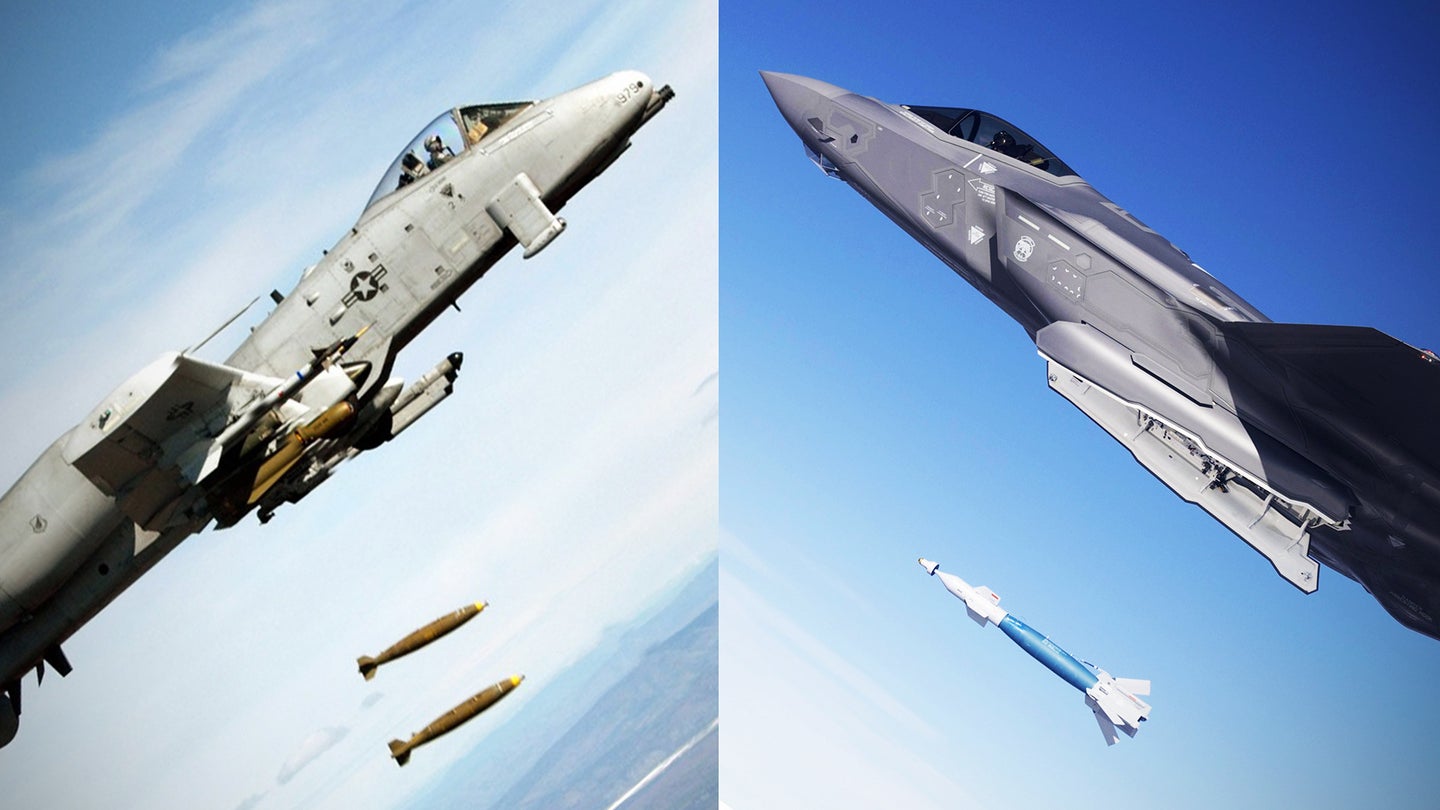