While the official investigation continues into the collision between the Norwegian frigate Helge Ingstad and the Malta-flagged oil tanker Sola, a new report indicates that the naval vessel may have ignored repeated warnings from the other ship and a local maritime traffic control center that an accident appeared imminent. The incident left the warship grounded on a rocky embankment just outside of the Sture oil and gas terminal near Bergen, Norway and the country's armed forces are now working to recover the ship in cooperation with private maritime company BOA.

The mishap occurred on Nov. 8, 2018, and left the Helge Ingstad severely damaged both above and below the waterline and eight individuals with various injuries, but none of them were life-threatening, thankfully. As of Nov. 9, 2018, thick steel wires physically anchored the ship to the shore to prevent it from sinking and underwater cameras allow personnel to monitor the parts of the ship still submerged, according to the country's Armed Forces, or Forsvaret. Though there was reportedly a brief oil slick coming from the ship after the accident, there have been no subsequent reports of any type of hazardous leaks from the vessel since then. The much larger Sola suffered only minor damage and its payload of crude oil remained safely within her hull.

So far, Norwegian authorities have declined to release an official timeline of the incident and how it occurred. However, a report from Norwegian site AldriMer.no, citing multiple unnamed, but knowledge sources, says that there is evidence that the frigate was in the wrong, failing to yield to the larger Sola, and proceeded along its doomed course despite being in contact with the tanker and officials on shore the entire time.

"The tanker, which was heading northbound, contacted the frigate, heading southbound, to ask if they had a plan to safely pass them as they seemed to be on a collision course," Kjetil Stormark, top editor at AldriMer.no, told the BBC in a subsequent interview. "The response was: 'We have everything under control.'"

Even more galling, it appears likely that the Helge Ingstad was in constant communication with the Fedje Maritime Traffic Center, or Fedje VTS, which is responsible for coordinating all maritime traffic in the fjord in question. The congested nature of the waterway, especially with all the traffic coming out of Sture and the main port in Bergen, means that any ship over 80 feet long, including military vessels, has to get approval from Fedje at least an hour in advance in order to enter the area, to begin with. The Fridtjof Nansen-class frigates are 440 feet long, well over this length requirement.

Per AldriMer.no's sources, Fedje VTS was indeed in contact with both ships and issued repeated warnings about a possible collision to no avail. It is not clear if either ship made a mayday call once it became clear the accident was inevitable. It does appear that Helge Ingstad only turned on her Automatic Identification System (AIS) transporter after the mishap had occurred.

After the collision, the Norwegian frigate lost power and control and required the assistance other ships to ground it on the shore and ensure it didn't sink, according to AldriMer.no. "It was decided to drive the ship on land to prevent the ship from rolling over and canting," Royal Norwegian Navy Commander Sigurd Smith, a service spokesperson, said on Nov. 9, 2018, without officially confirming or denying that the ship was out of control at that point.

The Helge Ingstad is one of five Fridtjof Nansen-class frigates Norway's navy has in total and these are the service's largest and most advanced warships. By the Forsvaret's own admission, having one out of commision for any protracted period of time means a significant loss in Norway's ability to project naval power and is forcing the country to revise its deployment schedules. If it turns out that the ship disregarded basic protocols and right of way leading up to the collision, the situation could turn out to be even more embarrassing.

In the meantime, the Forsvaret is working to get Helge Ingstad off the rocks and move it to Haakonsvern naval base, which is located nearby. BOA is in the process of readying tugs and barges at Sture to assist in the recovery effort.

There is no firm timeline for how long it might take to get the frigate into a dry dock, after which the Royal Norwegian Navy will have to conduct a more thorough assessment of the ship's status. The pictures that are available now show significant external damage that could have seriously compromised its structural integrity. The longer any internal compartments remain flooded, the more costly it will become to repair those spaces, as well.

Until then, Norwegian Police will continue maintaining a security cordon 1,640 feet from the beached ship on land and 3,280 feet in any direction on the water. Only time will tell how long it is before the official investigation wraps up and how much time and effort it might take to get Helge Ingstad back into service, if at all. We'll definitely continue following this story and will continue updating it as additional information emerges. 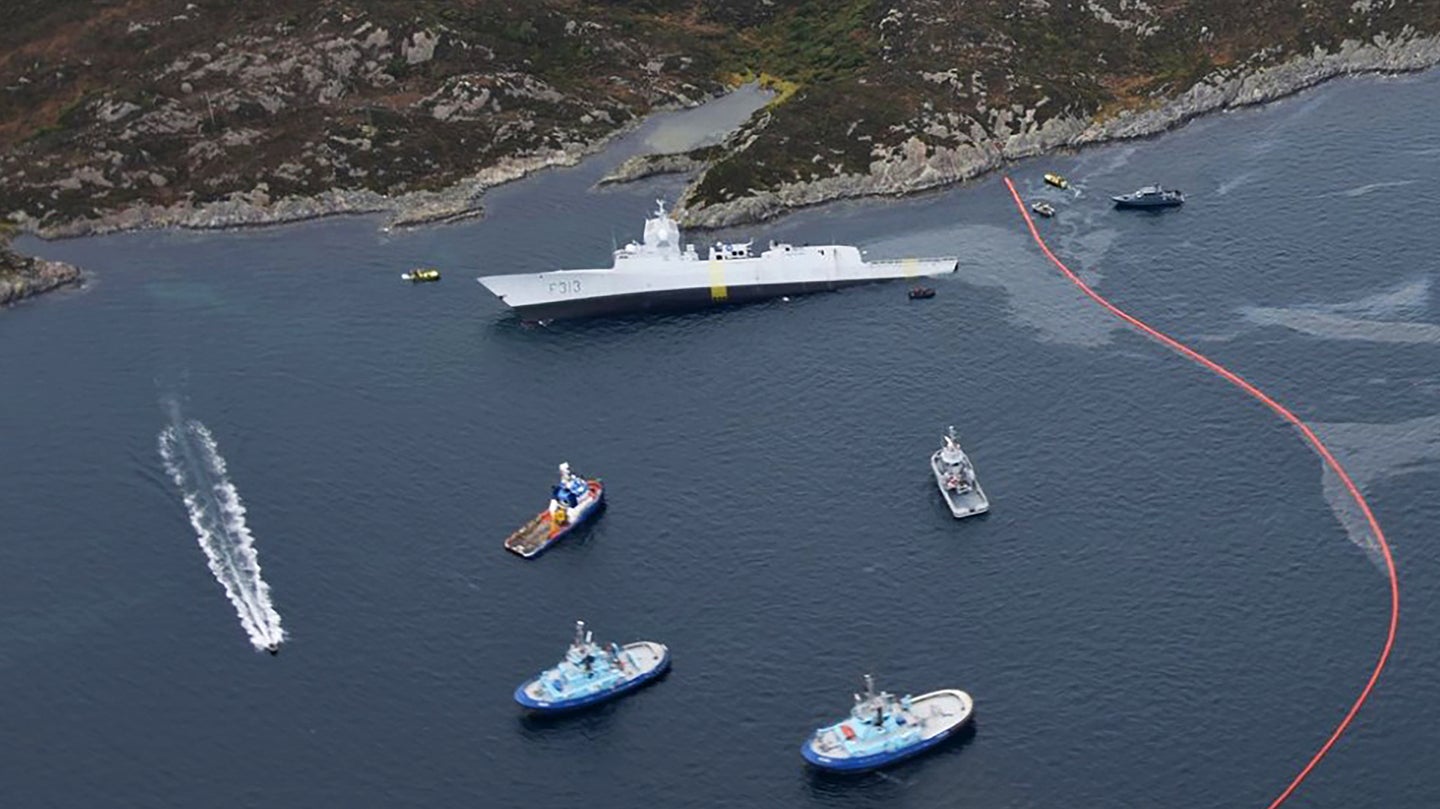 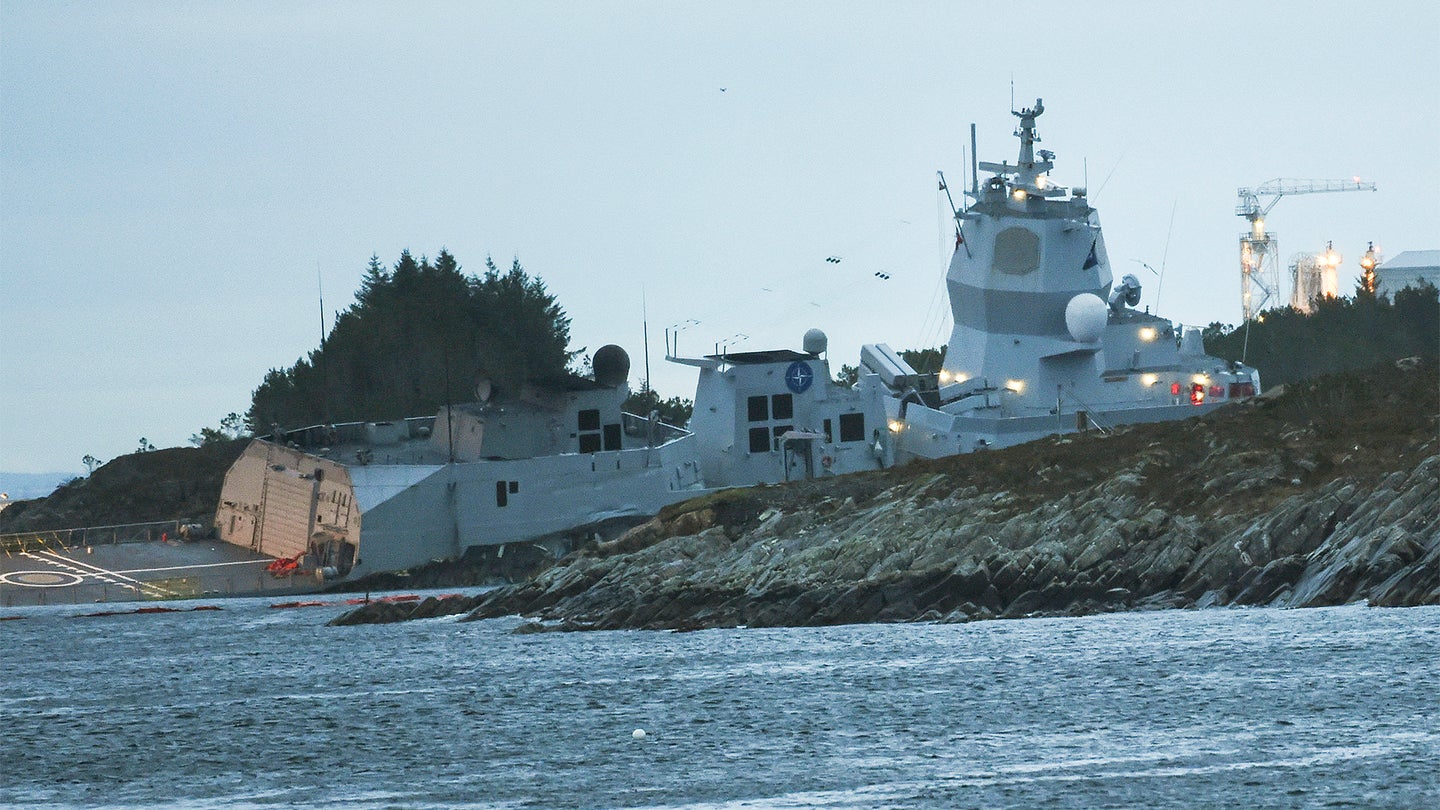 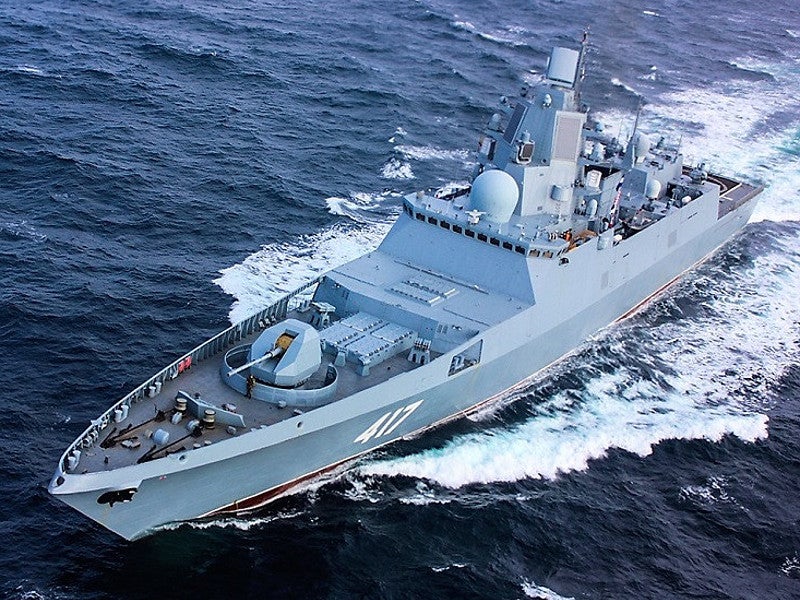