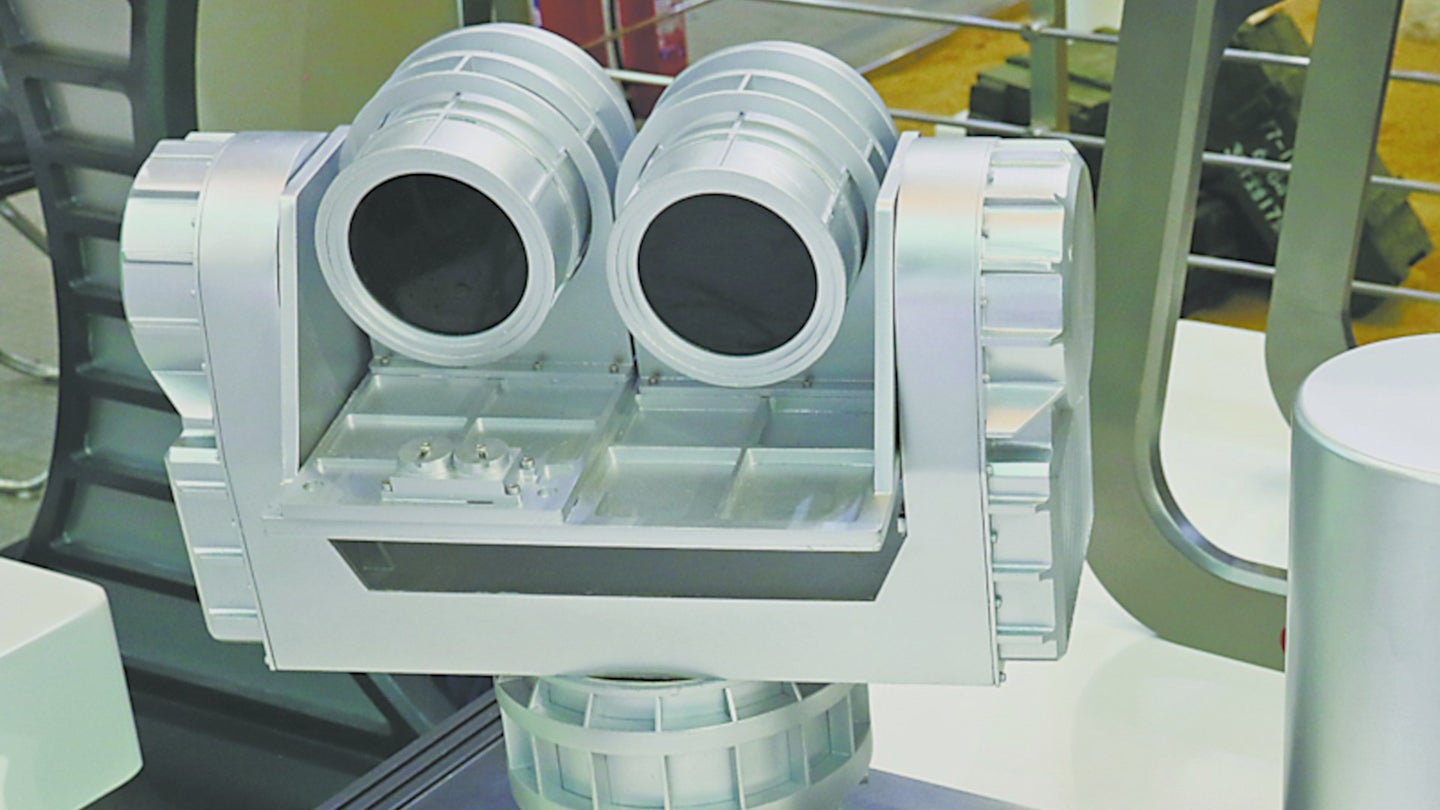 China claims to have revealed a prototype of an advanced quantum radar that is resistant to jamming and may be able to detect stealth aircraft. The system’s operation is rooted in proven science and could be game-changing, but the Chinese still face significant development challenges in turning it into an operational capability.

The state-owned China Electronics Technology Group Corporation (CETC) brought a mockup of their quantum radar, which might have also been only a smaller scale model, to the biennial Zhuhai Airshow, which opened its doors on Nov. 6, 2018, and has a wide array of military technology on display. CETC says that its 14th Research Institute has been working on the system for years and first tested it in 2015.

The new type of radar “is expected to solve the traditional bottleneck [of] detection of low observable target detection, survival under electronic warfare conditions, platform load limitations, etc.,” according to a CETC brochure, which a reporter for Aviation Week obtained at Zhuhai. That same journalist attempted to attend a press conference about the system, but was asked to leave after officials informed them it was for Chinese media only.

The basic principle behind a quantum radar isn’t overly complex in of itself. A traditional radar emits a beam of electromagnetic energy, which then reflects off objects in the distance, allowing the entire system to register their return signiture and position with varying degrees of specificity.

A quantum radar does essentially the same thing, but using photons that are “entangled” together after a single beam of light is split in half. One of the two new beams passes through a converter that sends the particles traveling onward at a microwave frequency to bounce off objects like a normal radar. The full system would convert the particles back into the visible frequency as they returned to the radar’s receiver.

The second beam doesn’t do much actively, but serves an immensely important purpose. A phenomenon called quantum entanglement means that the pairs of photons that appear at the point a beam of light is split otherwise have a tendency to operate identically regardless of how far they are apart.

What this means is that the quantum radar should be able to register the paired photons in both streams and record only the signals it gets back from particles that have a partner. This would make the system more accurate since it would be able to quickly eliminate signals from other sources, such as ground clutter when tracking targets at low altitude or operating in a maritime role.

In the video below, a researcher at the Dutch research institute TNO explains the basic principles behind a quantum radar.

In principle, this would also give a quantum radar the ability to immediately disregard outside radio frequency “noise,” make it far less vulnerable to traditional jamming, which often involves flooding the receiver with so many signals, or sending out false or misleading signals, that it is impossible to distinguish targets of interest. In the inverse, the photons may not necessarily trigger existing radar warning receivers on hostile aircraft, leaving their crew unaware that someone has detected and is tracking them.

On top of these benefits, the quantum radar should be able to identify stealth planes, missiles, and ships. Existing radar absorbent materials are not specifically designed to absorb or defuse these particles. Stealthy shapes might still deflect the photons and cause them to lose energy to some degree, but the system’s ability to isolate only the activities of the entangled photons theoretically means that it should be able to detect even a very weak signal by cutting out all of the background noise.

These same basic principles of quantum entanglement, if scientists can truly harness them, may have other military applications, as well. China is also reportedly developing satellites carrying “ghost imaging” cameras, which might be able to take pictures of stealth aircraft from space, even at night. You can read more about that proposed system here.

A network of quantum radars could provide an important defense against China’s potential opponents, chiefly the United States. The U.S. military is investing significant resources into stealth aircraft, such as the U.S. Air Force’s future B-21 Raider and existing B-2 Spirit stealth bombers and the tri-service F-35 Joint Strike Fighter. The U.S. military is also waking up to the need to improve its electronic warfare capabilities, with various systems, such as the U.S. Navy’s Next Generation Jammer, now in development.

CETC claims that it has demonstrated its quantum radar and detected targets out to 60 miles during tests on China’s Northwestern Plateau. The firm has not given any details about the test targets or the exact parameters of the experiment, such what other natural or man-made obstacles might have been present, or images or video showing the full system in operation.

These are important factors for judging the true performance of CETC’s prototype. While photons experience quantum entanglement, they also suffer from a related phenomenon known as quantum decoherence. At extended ranges, the link between the particles becomes less pronounced and they may break free entirely, eliminating any potential benefits from recording the movements of the shared streams.

At that point, the quantum radar is essentially just a normal radar using a different type of energy beam. Scientists have posited that the process of converting the one stream of photons to a microwave frequency would help prevent decoherence.

Still, an operational quantum radar might need to be relatively large and have a significant power source in order to generate a beam of particles that is powerful enough to detect targets at extended distances. We have no way of knowing how large CETC's experimental prototype actually is.

This, in turn, would make them prime targets for an opponent in the opening phases of a conflict. Size and power requirements also present challenges for low-frequency anti-stealth radars that China, Russia, and others have been exploring, as well. Those arrays are large and generally immobile.

Their detection capabilities are also limited to identifying the presence of a stealth aircraft in a broad area and under certain conditions. Pairing them with quantum radars could produce a valuable layered sensor network in the future. Linked together, a low-frequency radar would cue the quantum radar to search a specific vector for a more accurate bead on a stealthy target.

Despite its obvious optimism about quantum radar, CETC was still careful in how it described the actual state of its prototype, too. The work, so far, has “laid an important theoretical and experimental basis for further research,” the brochure Aviation Week obtained noted.

While the benefits of quantum radar are clearly enough for China to continue investing in the concept, but it remains to be seen when, if ever, they’ll be able to move it out of the laboratory and onto the battlefield. The technology is likely still years away from reaching a practical state.