This Massive Naval Exercise In 1989 Was The Pinnacle Of U.S. Cold War Maritime Might

It was the largest gathering of allied warships since World War II and a month later the Berlin Wall would begin to crumble. 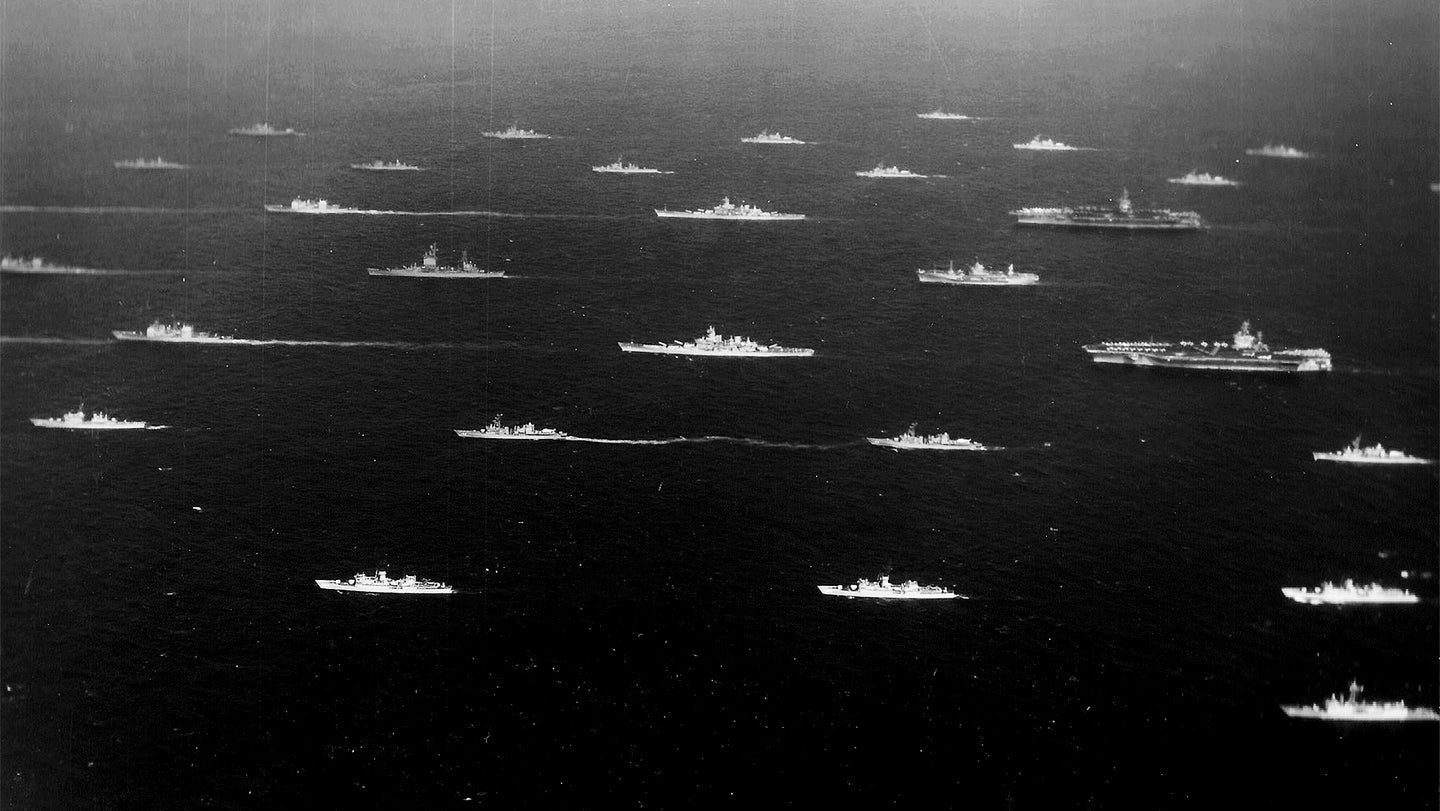 Just a month before the Berlin Wall would begin to fall, the U.S. Navy and its allies in the Pacific held a gargantuan set of naval drills dubbed Pacific Exercise 1989, or PACEX '89 for short. It was the largest combined allied armada since the end of World War II and worked as a symbolic showcase of the Reagan military buildup that played a significant hand in breaking the Soviet Union.

In total, some 54 vessels of U.S., Korean, Japanese, and Canadian origins—as well as a number of submarines that were never disclosed—combined forces to show just how outgunned Russia was in the Pacific and how they could operate together as a cohesive fighting force. On the last day of the drills, a photo exercise (PHOTOEX) was held that was so big, none of the images have all the ships in-frame.

Helicopter camera ships and F-14s equipped with Tactical Airborne Reconnaissance Pod Systems (TARPS) were launched to capture the historic gathering. The F-14 TARPS image, seen at the top of this article, is remarkably impressive not just for the size of the fleet shown, but for the powerhouse vessels that make up its central core.

Not only is this an incredibly impressive amount of firepower, but its origins span from World War II to the late 1980s, when the photo was taken. What's even more amazing is that more ships, including with two additional carrier battle groups, those of the USS Constellation (CV-64) and USS Midway (CV-41), also took part in the exercise.

The battleships seen in these images, in particular, were pulled from retirement and regenerated as part of President Reagan's '600 ship Navy' initiative. In the end, the upgraded battleships would only serve a handful of years in front-line service before being put back into mothballs following their participation Operation Desert Storm and the demise of the Soviet Union. Five years later, the one of a kind and historic Long Beach would also be pulled from service, along with the rest of the nuclear-powered surface combatant force not long after.

PACEX '89 was truly a unique moment in history that one can appreciate, but as current headlines frequently describe ever larger allied military drills in response to the rising threat posed by Russia and China, it really isn't an era that one wants to repeat.