The U.S. Army Once Blew Up Tunnels In A German Town To Chase Away A Ghost

The White Lady of Freihung was having none of it and kept right on haunting the area. 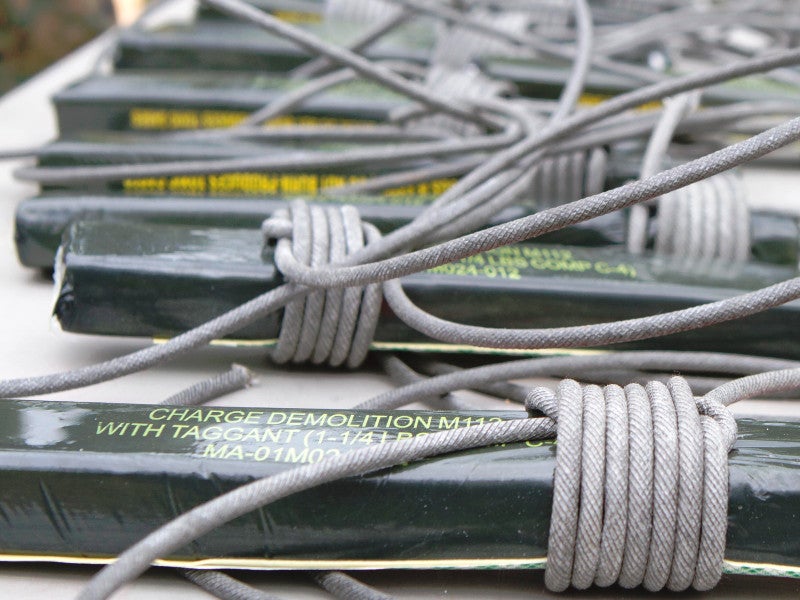 Military bases and their surrounding communities are hardly strangers to ghost stories, often situated on or near the sites of famous battles and infamous deaths. While they're good tales to tell on Halloween, rarely have they prompted any actual action. But one apparently did in 1970s, when U.S. Army soldiers are said to have destroyed a series of tunnels near their base in Germany to chase away a spirit – or at least try to put an end to the reported sightings.

The town of Freihung, situated some 10 miles to the east of the Grafenwoehr Training Area, a major installation that the Army has occupied since 1945, is home to the legend of Die Weisse Frau, or The White Lady. The medieval noblewoman is said to have haunted the area since dying in a castle that once stood in the center of town, which is now the location of Gasthof Alte Post hotel.

The exact cause of her death is unclear, but was supposedly sufficient to curse her soul to remain bound to the castle and its surroundings. The bulk of the reported sightings were in a series of underground tunnels underneath where the castle had stood, which the hotel was still using in the latter half of the 20th Century.

White ladies are a staple in ghost stories around the world, with their white clothing and pale appearance often associated with purity. The legends often deal with the loss of an immediate family member, such as a spouse or child. These should not be confused with “White Women,” which also make common appearances in German and other European mythology and are understood to date back to Old Norse legends about elf-like spirits inhabiting certain locations.

The White Lady of Freihung isn’t even the only one in the general area. Less than 15 miles to the south, a pair of these specters reportedly settled outside the town of Amberg after their unfortunate deaths in a separate castle.

Per that tale, two wealthy sisters, one of whom was blind, lived there together. After finding out her sighted sibling had been stealing her wealth, the blind one cursed their home, at which point it supposedly sunk into the earth, killing them both.

Though witnesses who claim to have seen the White Ladies of Amberg describe them as benign spirits, the ghost in Freihung is reportedly more aggressive. She wanders the streets at night and appears to drivers seated in the back seat of their cars as they drive through the area, according to the stories. She then disappears the moment they look back to check what they’ve seen in their rearview mirrors.

All of this apparently became too much for the proprietors of the Gasthof Alte Post in the 1970s. Army soldiers from Grafenwoehr eventually came in to seal the tunnels under the hotel for good with high-explosives, according to an official 2012 story from the base’s public affairs office.

There’s no explanation for why the locals called in the American troops rather than German authorities or even civilian construction contractors. The demolition would have offered a training opportunity for Army engineering or other personnel, albeit a decidedly unorthodox one.

Whether they were actually trying to drive out the ghost or just put an end to reports of her sighting, it didn’t work. The legend of The White Lady persisted in Freihung, according to the 2012 Army news item.

It’s not clear if that’s still the case today. If she has moved on, it apparently took more than Army explosives to send her on her way.