For the first time in more than two decades, the U.S. Army’s storied 82nd Airborne Division has its own unit equipped with light armored vehicles. The paratroopers acquired a small number of LAV-25A2 wheeled armored vehicles from the U.S. Marine Corps to help provide additional firepower as they continue to wait for the results of the Mobile Protected Firepower program, or MPF.

In the works for more than a year, the 82nd stood up Company A, 4th Battalion, 68th Armor Regiment within the division’s 1st Brigade Combat Team at a ceremony at Fort Bragg, North Carolina on Oct. 26, 2018. The 8x8 wheeled armored vehicles reportedly still wore their Marine Corps markings at the time of the activation ceremony.

“We now have the capability to counter light armored threats on the battlefield with something more than missile systems,” U.S. Army Captain Aram Hatfield, Company A’s commander, told the service’s own reporters on Oct. 26, 2018. “There’s nothing in the division right now with that amount of firepower and speed.”

In 1997, the 82nd inactivated 3rd Battalion, 73rd Armor Regiment, which operated the M551 Sheridan, an air-droppable light tank. Since then, the units within the division have relied entirely on a mix of Humvees with TOW anti-tank guided missiles and man-portable Javelin anti-tank missiles to provide their own defense against armored threats.

The 8x8 LAV-25, which is based on the Swiss MOWAG Piranha, has been in Marine Corps service since 1983. In the mid-2000s, that service introduced the A2 variant, which features improved armor, an updated suspension, a new infrared sight for the vehicle’s gunner, and a revised automatic fire suppression system.

The vehicle’s main gun is a turreted 25mm M242 Bushmaster cannon, the same weapon found on the Army’s Bradley Fighting Vehicles. There is also a coaxial 7.62mm M240 machine gun in the turret and another one mounted on top.

Though the Marines use the vehicle primarily for scout and reconnaissance functions, it can operate like small armored personnel carrier. In addition to its three-person crew, it can carry six fully equipped troops.

“This gives us the advantage to suppress the enemy as they come up with vehicles that are larger than ours by providing a support by fire element,” U.S. Army Lieutenant Colonel Steven Dobbins, head of the 3rd Squadron, 73rd Cavalry Regiment, also said at the activation ceremony. This unit, another assigned to the 1st Brigade Combat Team, has mostly Humvees and other light vehicles and expects to operate closely together with the new LAV-25A2 company.

As the U.S. military as a whole continues to realign itself to be prepared for possible major conflicts with “great power” competitors, such as Russia and China, the Army has seen a renaissance in interest in its traditional land warfare capabilities. Adding armored vehicles back into the 82nd, which stands ready to perform what is known as the Global Response Force (GRF) mission and has elements on constant alert for rapid deployment anywhere in the world within hours, is well in line with this shift in priorities away from lower risk conflicts.

“This is a big deal!” Hatfield said. “This is a capability the Army had gotten rid of and now we’re starting to bring it back.”

It’s been a circuitous path for the 82nd to get the LAV-25s, though. The most immediate question is why the division chose these vehicles over a variant of the Army’s own Stryker series, which is derived from MOWAG’s more modern Piranha III design.  The service has also been beefing up its Strykers with new 30mm cannons and mounted Javelin anti-tank missiles, too.

The problem, unfortunately, is that the Strykers were too heavy to airdrop, to begin with, and have only become more so as they have gained new features and capabilities. The 82nd will also be able to fit more of the smaller, lighter LAV-25s into U.S. Air Force C-17 Globemaster III airlifters for operations where there is a suitable landing zone.

It’s these features that have led the division, as well as the Army as a whole, to flirt multiple times with adopting the LAV-25 since the 1980s. The service was originally a partner with the Marines on the program, planning to purchase its own variant, known as the XM1047. But the Army eventually dropped the idea, which eventually led to the introduction of the Stryker.

When the Army began moving to retire the Sheridan in the 1990s, it briefly acquired a company’s worth of LAV-25s for the 82nd to evaluate. The division was also looking at acquiring the XM8 Buford light tank as a replacement for the M551s.

In 2014, the concept resurfaced yet again, in a RAND report, which noted that the Army had already conducted significant high- and low-altitude airdrop evaluations of older LAV-25 versions. In late 2016, members of the 82nd finally began training on the vehicles ahead of finally creating an actual unit with the light armored vehicles.

It’s not a perfect solution, of course. Though airdrop capable, the LAV-25 is still relatively lightly armored and its 25mm main gun also lacks the punch to defeat increasingly thicker skinned opponents.

It may be possible for the Army to add additional firepower onto the vehicles, either in the form of mounted anti-tank missiles or a larger main gun. General Motors, the original licensed manufacturer in the United States, did offer an add-on TOW launcher for the original LAV-25. The Marines also have a variant with a completely different TOW-equipped turret. A remote weapon station that integrates Javelin, such as the one the Army is beginning to deploy on its Strykers, might be another option.

All of this will add weight and bulk, though, which could defeat the purpose of the 82nd acquiring the lighter LAV-25s in the first place. It is not clear whether the division plans to stand up one company for each of its four brigade combat teams.

The division is also supposed to eventually receive a new light tank from the Army’s MPF competition, but that program has run into similar difficulties when it comes to trying to blend the operational requirements within the weight limits, which you can read about in more detail here. Most importantly, the MPF design no longer has to be air-droppable, which also helps explain why the Army decided to acquire the LAV-25s for airborne operations.

“I would like these guys to be experts on these vehicles and experts on the doctrine that we are going to develop,” Hatfield added. “The vast majority of them have never been on an armored vehicle before.”

However, the 82nd’s armored capabilities evolve from here on out, the LAV-25s will help provide a solid foundation and one that’s been more than 20 years in the making. 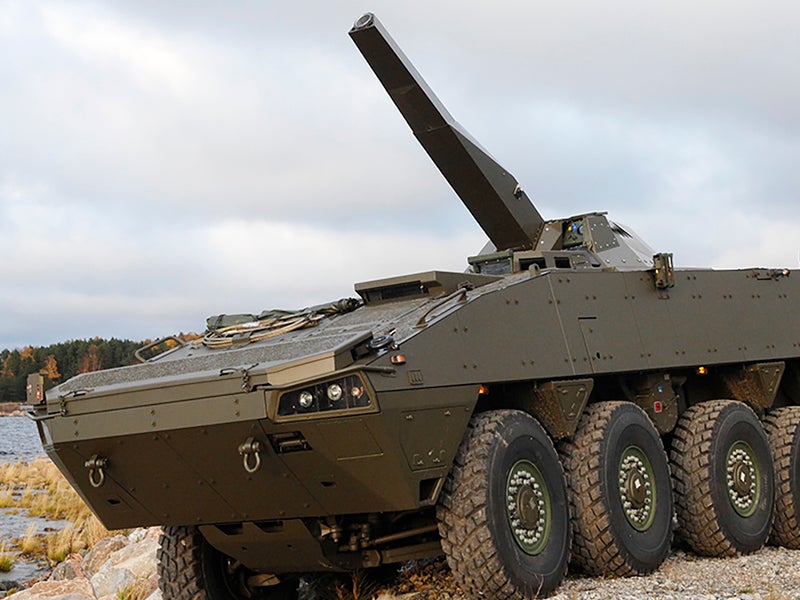 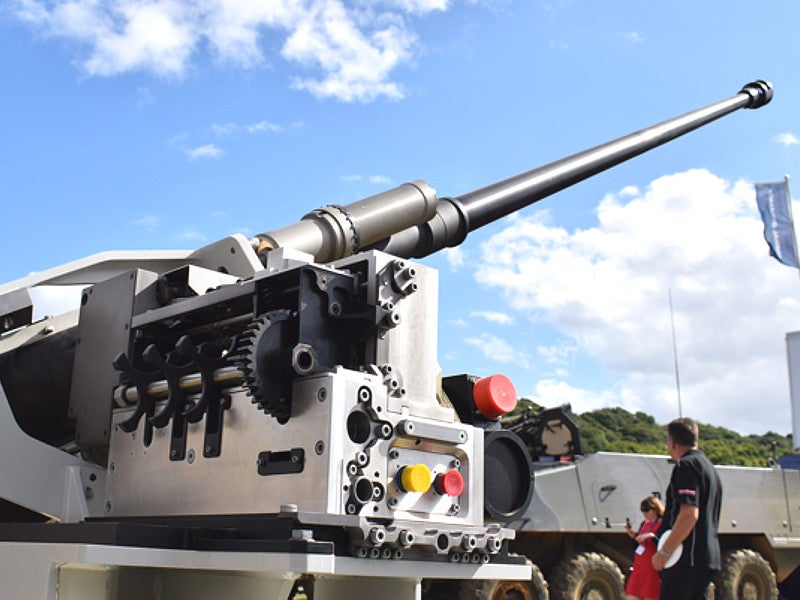