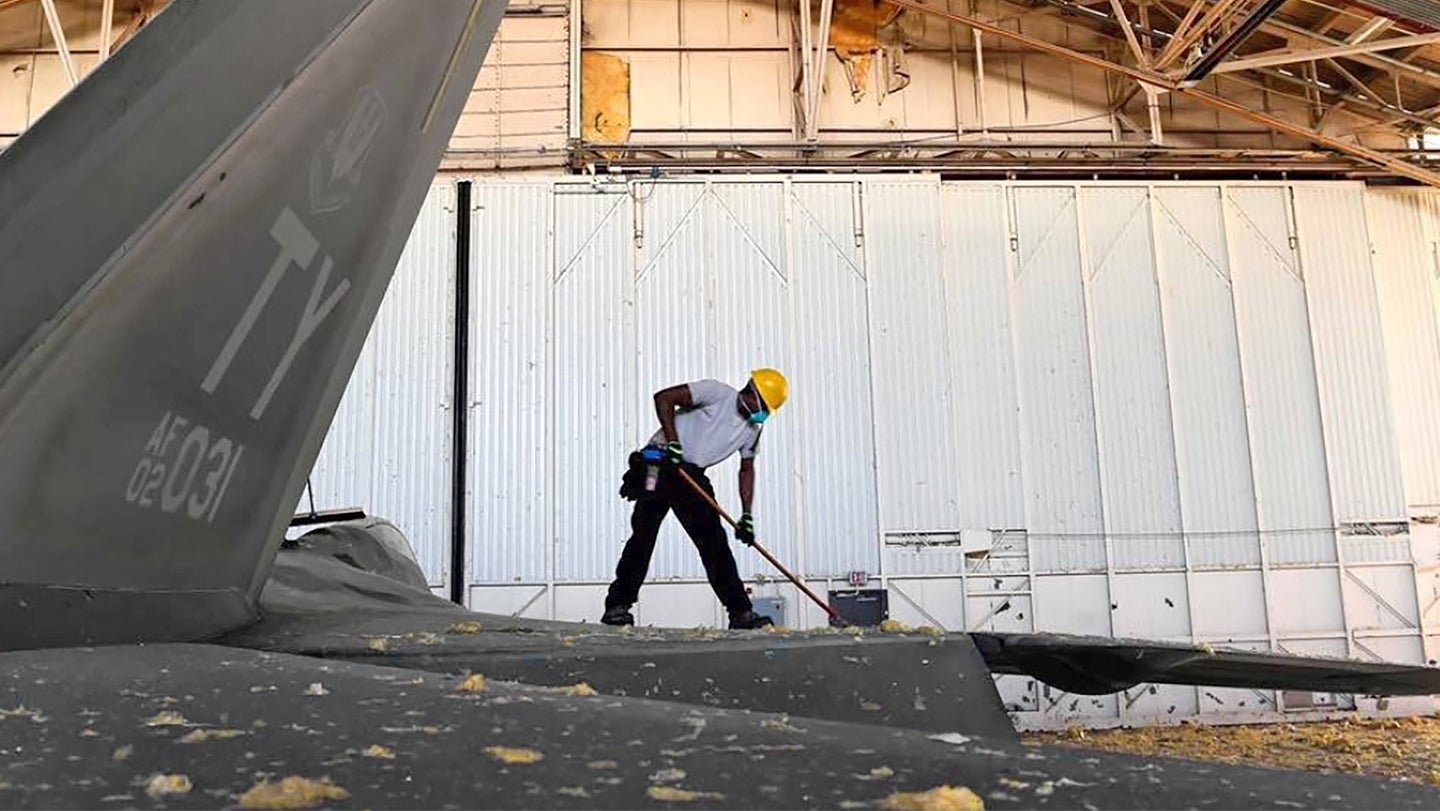 After weeks of rumor, hypothesis and raw speculation, we finally have metrics from an official source as to how many of Tyndall Air Force Base's 55 F-22 Raptors were left behind as Hurricane Michael made a direct hit on the installation, leaving immense destruction in its wake. It turns out, our estimated figures and those from our sources that we conveyed very early on were exactly right.

"As you finalize damage assessments of the aircraft that endured Hurricane Michael, I urge you to begin implementation of the framework laid out by Secretary Mattis starting with all Tyndall AFB fighter aircraft... Additionally, I ask you waste no time or effort in providing a supplemental funding request to Congress to repair and restore these aircraft to mission capable status as soon as possible... As Hurricane Michael approached the Florida panhandle, 31 percent of F-22 aircraft at Tyndall Air Force Base were designated non-mission capable (NMC) and were sheltered in place."

So 17 of the Tyndall's 55 Raptor's were left to ride out the storm in hangars on the base. This matches what my sources initially conveyed to me going back to October 12th. See below:

At the time, most people balked at the possibility of that number. So the next day I laid out in detail exactly why it is possible, if not probable.

With 17 F-22 airframes left behind, the big question is how bad is the damage to each of those. In her report, Pawlyk mentions that five to seven temporary hangars are being constructed at Tyndall, with each being able to house two jets. In addition, the F-22s that have more superficial damage will be ferried to Langley AFB in Virginia to join the rest of the Tyndall Raptor fleet that originally escaped Michael by flying to Wright Patterson AFB in Ohio. Langley AFB is already a major F-22 operating location and will be the temporary home of the surviving Tyndall jets for the foreseeable future.

Regardless of these details, a substantial part of the relatively small Raptor force is currently sidelined. And these jets are in addition to at least three others that suffered damage during landing mishaps in just this year alone.

How all this will impact Raptor pilot and ground crew production, and the F-22 community's overall mission as a whole, is yet to be seen.

Finally, we still don't know how many other types of aircraft have been lost or damaged. Numerous QF-16s and contractor Mu-2s were left at the base when the storm hit, and likely a number of T-38 Talons as well. We will continue to keep you in the loop as more details become available.