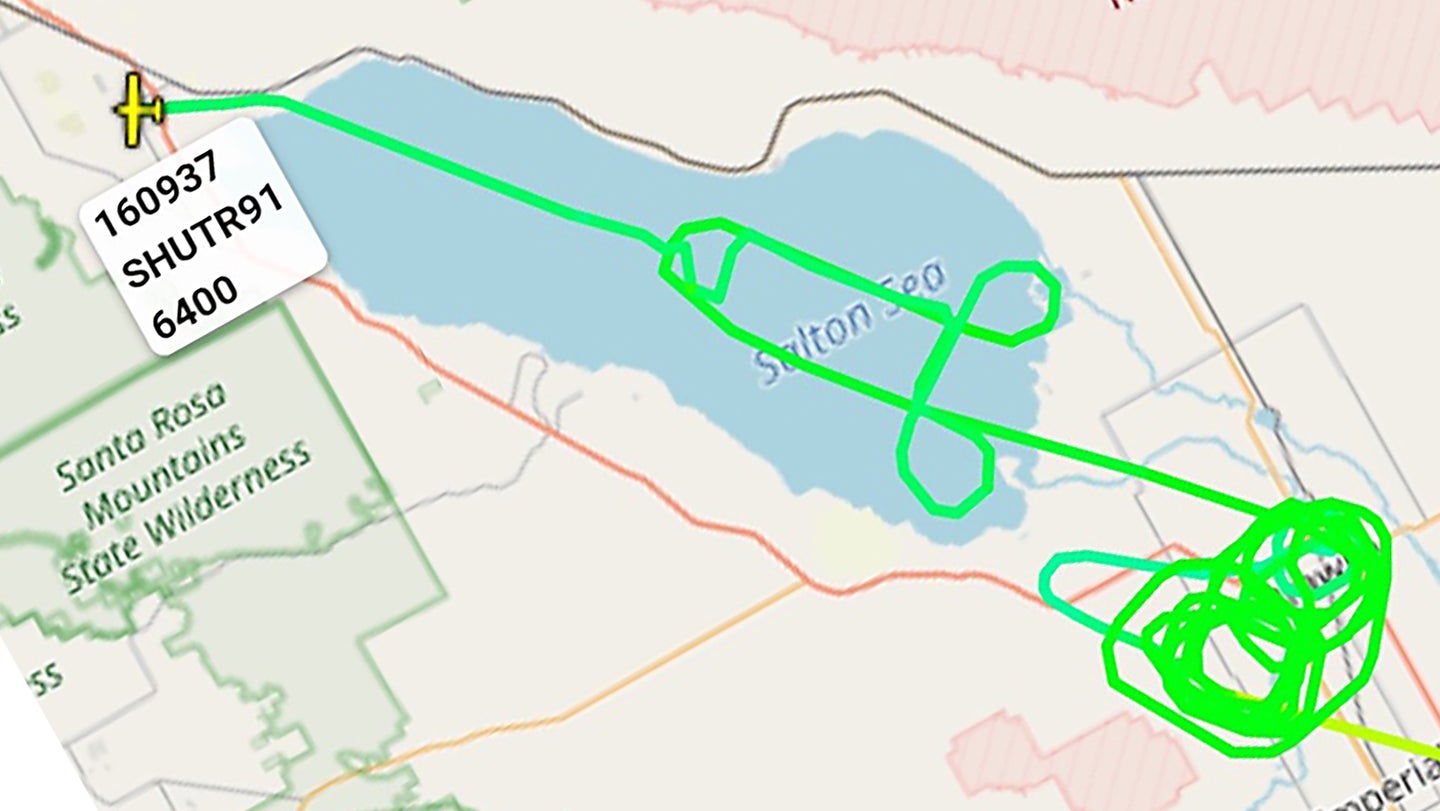 An EA-18G Growler crew's choice to trace a giant penis in the skies over Northwest Washington State made worldwide news and become the foundation for many a meme nearly a year ago. It also got them in seriously hot water. Now it looks as if the pilot of a Navy T-34C Turbo Mentor trainer—a plane usually used for bombing range spotting and clearing duties these days—seems to have erected their own 'sky dick' over Southern California's Salton Sea. But this time around the crafty pilot simply flew a track that could be traced by flight-tracking software and didn't use an aircraft's contrail to trace the airborne boner visually for all to see.

Our friend @Aircraftspots on Twitter was the first to spot the less than modest flightpath:

Soon after I opined on the display of yet another windborne wiener, Defense News reporter Valerie Insinna was quick to note its near perfect positioning:

The flight's callsign is also a bit eyebrow-raising—SHUTR91. It normally wouldn't be at all, but considering the aircraft's pornographic path, it sure fits the general theme.

Once again, if you were on the ground you would have had no idea that this was being done, so it's very unlikely to draw anywhere near the outrage as the prior episode, but the Navy may find the practice of tracing giant cocks from the cockpit still a bit too blue.

We'll stay on top—or should I say we will follow the story and report back if there is a response from the Pentagon.