Less than a week after Chinese state media said the H-20 stealth bomber program was making “great progress,” there are now reports that the People’s Liberation Army Air Force, or PLAAF, might be planning to publicly reveal the plane during celebrations the mark the 70th anniversary of its founding in 2019. It has also emerged that the PLAAF showed off a logo featuring the silhouette of a flying wing-style aircraft at a recent official gala promoting plans to establish a “first-class strategic bomber division,” which may also be a nod to the up-coming H-20.

Defence Blog was among the first to spot the stories regarding the H-20’s possible participation in a PLAAF anniversary parade that appeared on Oct. 15, 2018. It’s not clear when that event might actually occur, but the official founding date for the service is November 11. A China Central Television broadcast in August 2018 had been the first to officially use the bomber’s nomenclature and the presenter reaffirmed that the plane was a “new long-distance strategic bomber,” which many took as an indication that the design was increasingly mature.

On Oct. 11, 2018, the PLAAF’s own website published a story regarding a morale-boosting gathering at an unspecified bomber unit assigned to the People’s Liberation Army’s Eastern Theater Command. On the backdrop of the main stage of the event was a logo featuring the outline of what appeared to be a tailless flying wing aircraft with winglets.

Details about the H-20’s exact design and capabilities remain limited, but experts have widely described it as a flying wing type that is broadly similar to the U.S. Air Force’s B-2 Spirit stealth bomber. Since the silhouette does not clearly reflect any existing PLAAF aircraft, bombers or otherwise, it is possible that it could be a reference to the future stealth bomber.

It is important to note that PLAAF’s own report on the gala did not make any reference to the H-20. The other state-media reports did not include any official, on the record statements from Chinese government officials.

Global Times, a newspaper that operates under the auspices People’s Daily, the official newspaper of the Chinese Communist Party, carried what appears to be the sole English-language report on the PLAAF gathering. That story also appeared to claim to have received a statement from Northrop Grumman that the B-2's design omitted features such as winglets to maximize its stealth capabilities. It's true that any flying wing aircraft without them would have less of a radar signature, but it seems highly unlikely that the American defense contractor would have given the Chinese state-run media outlet any such detail on or off the record. The exact phrasing in the story might be a translation error.

There is the immediate potential for the news of the H-20s developments may have gotten confused in some way with China’s apparent recent fielding of the H-6J, the latest in the H-6 family, which is a modernized maritime patrol and strike platform. Based on the modernized H-6K, this aircraft will likely have many of the same features, including the necessary range to operate throughout the immensely strategic South China Sea and the ability carry up to six YJ-12 supersonic anti-ship missiles at a time. However, the People's Liberation Army Navy (PLAN) operates the J models, making it harder to see how this news would get conflated with reports about the PLAAF’s future H-20.

Regardless, the PLAAF gala did occur and did feature the logo in question. The graphical design could reflect the service’s plans for the H-20, or the development of advanced aviation capabilities

in general, without necessarily being an accurate depiction of the aircraft’s actual design. Numerous fan art designs have depicted speculative flying wing designs with winglets, which could have influenced whoever crafted the official artwork. This would not be the first time imagery of advanced aircraft designs from popular culture appears to have influenced official military unit insignia.

Winglets, or other vertical surfaces, were also a feature on many American flying wing stealth aircraft design concepts, including the original Advanced Technology Bomber (ATB) proposals from what was then just Northrop. McDonnell Douglas and General Dynamics also explored similar ATB concepts. Though they might make the design less stealthy, they do help with yaw control, which can be difficult in flying wing aircraft that do not have the benefit of a traditional tail and rudder.

The logo’s appearance, along with the rumors of the H-20’s up-coming public debut in 2019, is also just the latest in a string of semi-official public references to the new bomber since May 2018. That month, the state-run Aviation Industry Corporation of China (AVIC) teased the reveal of the aircraft in a professionally-done video presentation marking the 60th anniversary of the founding of Xi'an Aircraft Industrial Corporation (XAC). This firm is responsible for developing China’s existing H-6-series of bombers, which are derived from the Soviet-era Tu-16 Badger, and is reportedly working on the H-20.

Experts believe that the H-20’s development first started in the late 1990s or early 2000s and could actually be in service by around 2025. With this time frame in mind, a first flight in the next year would be well in line with known development schedules. The B-2 first flew in 1989 and reached initial operational capability in 1997. It's also worth noting that the PLAAF first revealed the H-6K at a parade marking the 70th anniversary of the end of World War II in 2015.

Of course, it is also entirely possible that the Chinese government is allowing this speculation about the H-20 to run in state media outlets simply as a way of posturing against the United States. U.S.-China relations are at their coldest point in recent memory over a host of intersecting disputes. In September 2018, the heightened tensions led to a first-of-its-kind incident in theSouth China Sea in which a PLAN destroyer sailed dangerously close to the U.S. Navy’s Arleigh Burke-class USS Decatur in an attempt to force the American ship to leave the area.

With a speculated unrefueled range of up to 5,000 miles and the ability to carry at least 10 tons of weapons, including nuclear-capable land-attack and conventional anti-ship cruise missiles, the H-20, if it were to become a reality soon, could represent an entirely new and credible threat to U.S. interests throughout the Pacific region. It would also enable the PLAAF to more seriously threaten major U.S. military assets, including carrier battle groups and key bases, such as those on Guam, during a crisis. All of this could easily put the United States, as well as its defense industry, on the defensive, as it seeks to develop countermeasures to the new Chinese capability.

Still, actually showing off the H-20 would have a far more pronounced impact on these fronts. China similarly sent waves through international defense communities when it unveiled an experimental naval railgun on a test ship in January 2018.

So, while it still remains to be seen whether these reports and rumors will actually lead to the H-20 emerging in public in the coming year, the Chinese do appear to be increasingly setting the stage for a big reveal. Unless relations with the United States take a dramatic turn in the near future, there’s unlikely to be a better time for them to bring the H-20 out into the light. 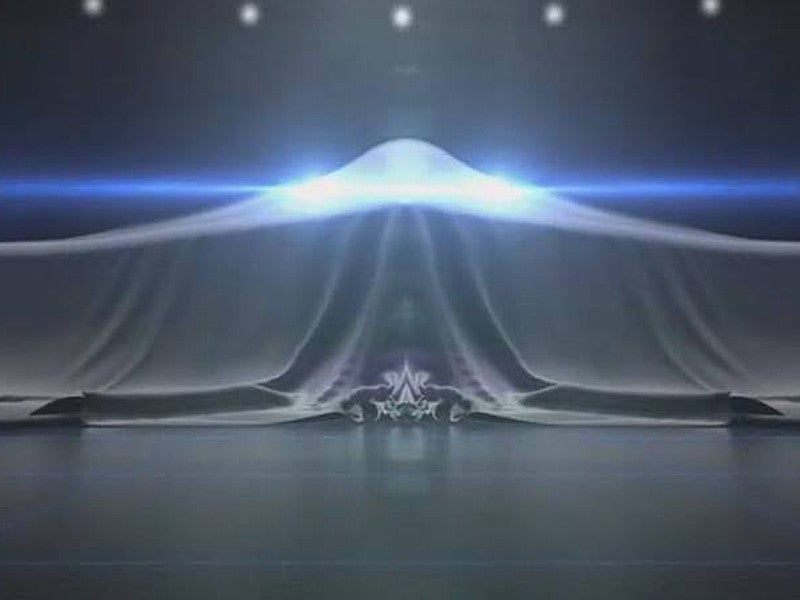 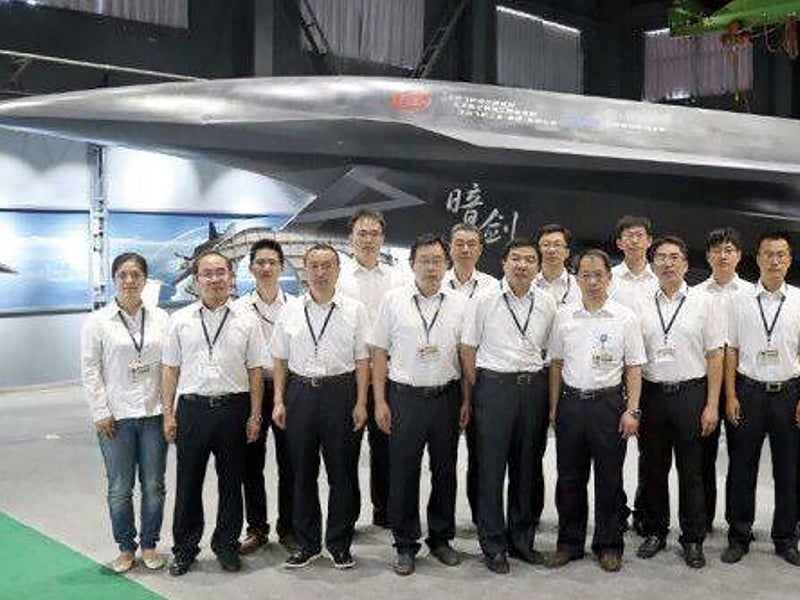 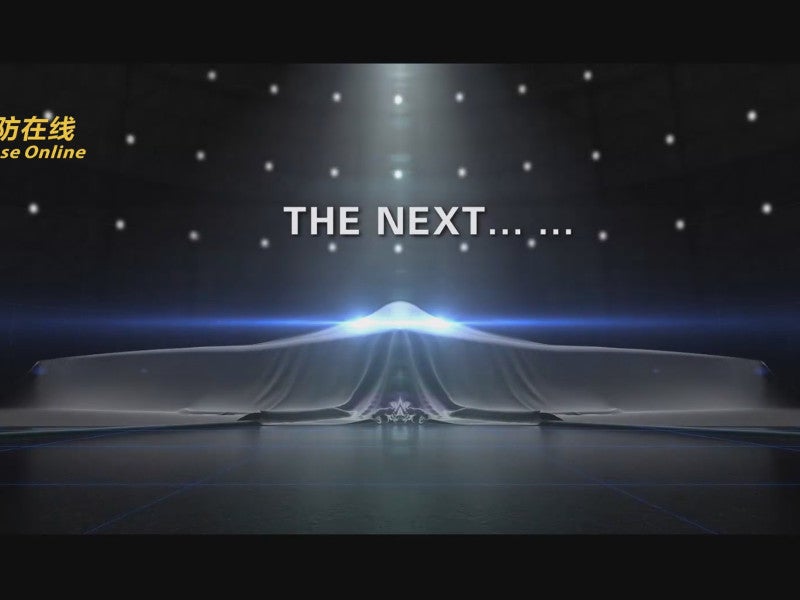 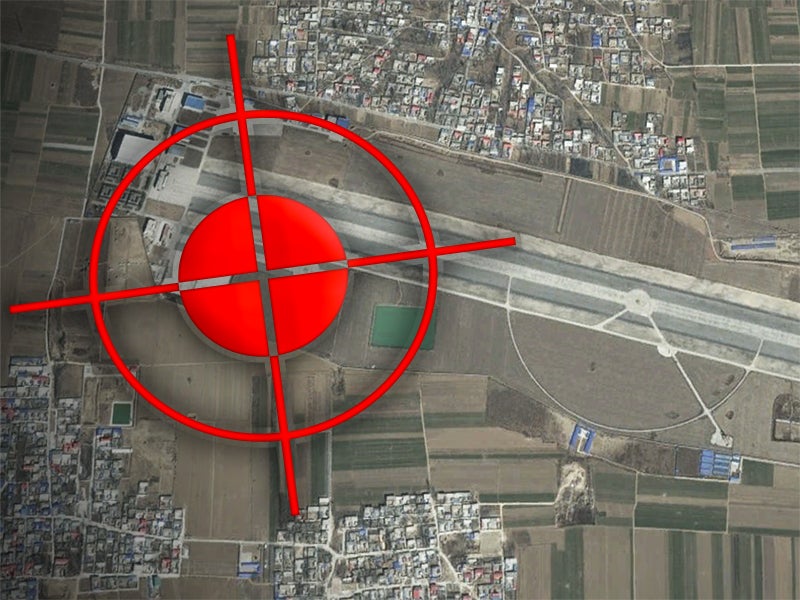 China’s new stealthy bomber could emerge at anytime, but this isn’t it.