The U.S. military’s recent burst of investment into hypersonic technology has created an often confusing morass of different programs

the individual services. Now, amid fears that Russia and China are sprinting ahead with similar developments, the U.S. Air Force, Army, and Navy are pooling their efforts on a common unpowered boost-glide vehicle design that could help give each one of them an operational hypersonic weapon in the near-term.

Aviation Week detailed the Pentagon’s latest efforts to combine the Air Force’s Hypersonic Conventional Strike Weapon (HCSW), the Army’s Advanced Hypersonic Weapon (AHW), and the Navy’s Conventional Prompt Strike (CPS) programs into a single effort in a story on Oct. 11, 2018. The goal of this tri-service plan is to be able to field a complete weapon, capable of flying more than six times the speed of sound, by 2021. News that this was all in the works had already begun begun trickling out earlier in 2018.

“It’s embracing a not-invented-here” attitude, Will Roper, the Assistant Secretary of the Air Force for Acquisition, Technology and Logistics, who was previously the head of the Pentagon's secretive Strategic Capabilities Office, told journalists in September 2018. The idea is about “just taking the fastest path to the goal line with the technology that exists.”

Since the Navy faces the most challenges in developing a weapon that a ballistic missile submarine will be able to fire, it is in charge of developing the boost-glide vehicle itself, according to Aviation Week. On Oct. 1, 2018, the service awarded a contract worth more than $13 million to the Charles Stark Draper Laboratory in Massachusetts to support that work.

The vehicle itself is a conical design made of a composite of metals and other materials, including carbon fiber, which is derived from the one the Army had been developing for the AHW program. This, in turn, was based on a concept that Sandia National Laboratories had worked on between 1979 and 1985 known as the Sandia Winged Energetic Reentry Vehicle Experiment (SWERVE).

Given this experience, Sandia will produce the actual prototypes and the Army will be responsible for flight testing them, sources told Aviation Week. Each of the three services involved in the program will use their own boosters for ground-, air-, and submarine-launched applications. Without any power of its own, a hypersonic boost glide vehicle requires some other means of getting it up to the appropriate altitude and speed, which has traditionally involved the use of ballistic missiles.

There remain few details about the exact size and capabilities of the new boost-glide vehicle. SWERVE was approximately 100 inches long and could reach a peak of Mach 12 before gliding along at a sustained Mach 8 for a full minute. The Army’s goal for AHW was also a sustained speed of around eight times the speed of sound that would allow the weapon to travel around 3,700 miles in just 35 minutes.

These are important considerations for hypersonic vehicles, which by definition fly faster than Mach 5, and derive most of their benefits from that extreme speed and the ability to maneuver at those speeds. We at The War Zone

have written in depth about the game-changing nature of these weapons, which open up the possibility of short- or no-notice strikes against time-sensitive and other critical targets, even at extreme ranges. That they can maneuver within the atmosphere along a less predictable flight path makes them even harder to spot and defend against compared to more traditional long-range weapons, such as ballistic missiles.

But while the Army’s boost-glide vehicle might have been less agile and potentially slower, it also worked, while DARPA's program struggled. The AHW program had its first test launch in 2011 and continued on even after the booster exploded during a second test attempt in 2014. In addition, since 2005, the Army has spent more than $1 billion on the development of an actual weaponized version of the vehicle known as the Alternate Reentry System, which will inform the design of the future tri-service design.

What has apparently changed the calculus is the rapid development of comparable hypersonic boost-glide vehicles in Russia and China. The Russians plan to declare their nuclear-armed hypersonic boost-glide vehicle, Avangard, operational in 2019. These threats have pushed AHW to the forefront of the Pentagon’s hypersonic priorities since it is most likely to result in viable, if imperfect weapon system in the near future, according to Aviation Week. This has also prompted DARPA to begin a separate program, called Glide Breaker, to develop a means to counter incoming hypersonic threats.

Developing a common boost-glide vehicle to help speed up the process of fielding an actual weapon system makes good sense for the U.S. military as it spreads the developmental burdens around the services. It also allows them to best leverage the existing and extensive corpus of work on hypersonic weapons. The tri-service nature of the project could also help insulate it from budget cuts in the future.

“We each have pieces of programs,” Secretary of the U.S. Air Force Secretary Heather Wilson said at a forum The Washington Post hosted in May 2018. “The Army’s warhead had worked much better than the Air Force’s….So we’re going to take the Army warhead, put it on an Air Force booster, launch it off of a B-52, while the Army is developing on the ground and the Navy wants to put it on the deck of a ship.”

It could also help inform other future hypersonic weapon developments, which haven't slowed despite this effort to develop a common boost-glide vehicle. DARPA is still working on the successor to FALCON, known as the Tactical Boost Glide (TBG) program. This is supposed to lead into an Air Force-run effort called the Air-launched Rapid Response Weapon, or ARRW, which is pronounced “arrow.” There is talk of possible ground- and ship-launched versions of TBG, as well.

There is also a whole separate group of powered, air-breathing hypersonic systems in development. Initially, it appeared that HCSW, pronounced “hacksaw,” would be an air-launched design with a high-speed ramjet or scramjet engine that would be a follow on from DARPA's Hypersonic Air-breathing Weapon Concept (HAWC). Now we know this is actually the name of the Air Force weapon using the Army’s boost-glide vehicle.

But the Air Force is pursuing a follow-on the HAWC, so we can confirm that at least one air-breathing hypersonic weapon system is still to come. DARPA is already hard at work on a turbine-based combined-cycle propulsion arrangement, or TBCC, as part of the Advanced Full-Range Engine (AFRE) program. This engine is a sort of hybrid of a traditional jet turbine and a ramjet or scramjet, allowing it to accelerate from a standing start to hypersonic speeds and then slow back down.

This would increase the flexibility of any powered hypersonic system. The AFRE program could lead to engines to power future expendable air- and surface-launched weapons, as well as reusable platforms for intelligence, surveillance and reconnaissance missions and long-range time-sensitive strikes.

These are likely only some of the hypersonic programs the U.S. military is working on at present. But while it certainly won’t be the last hypersonic weapon the United States fields, it appears that an unpowered boost-glide vehicle derived from a design dating back to the 1980s will be the one that enters mass production and widespread service first. 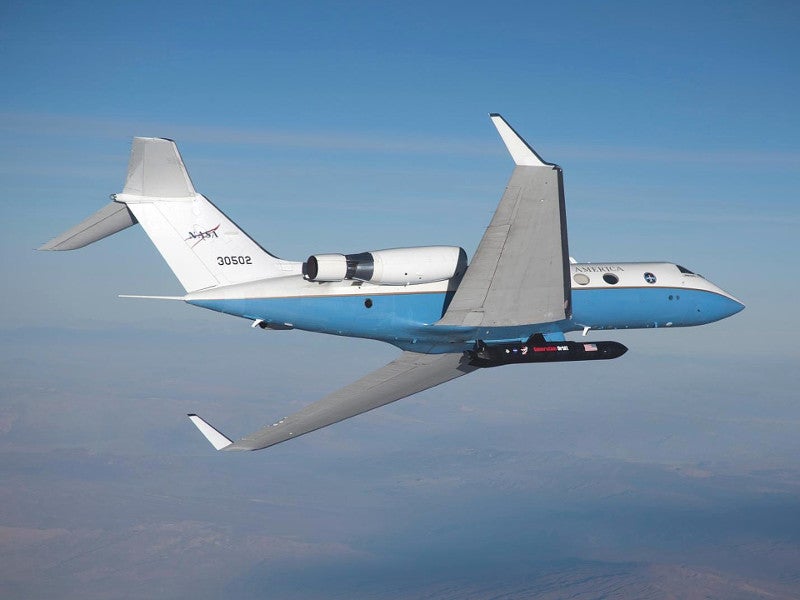 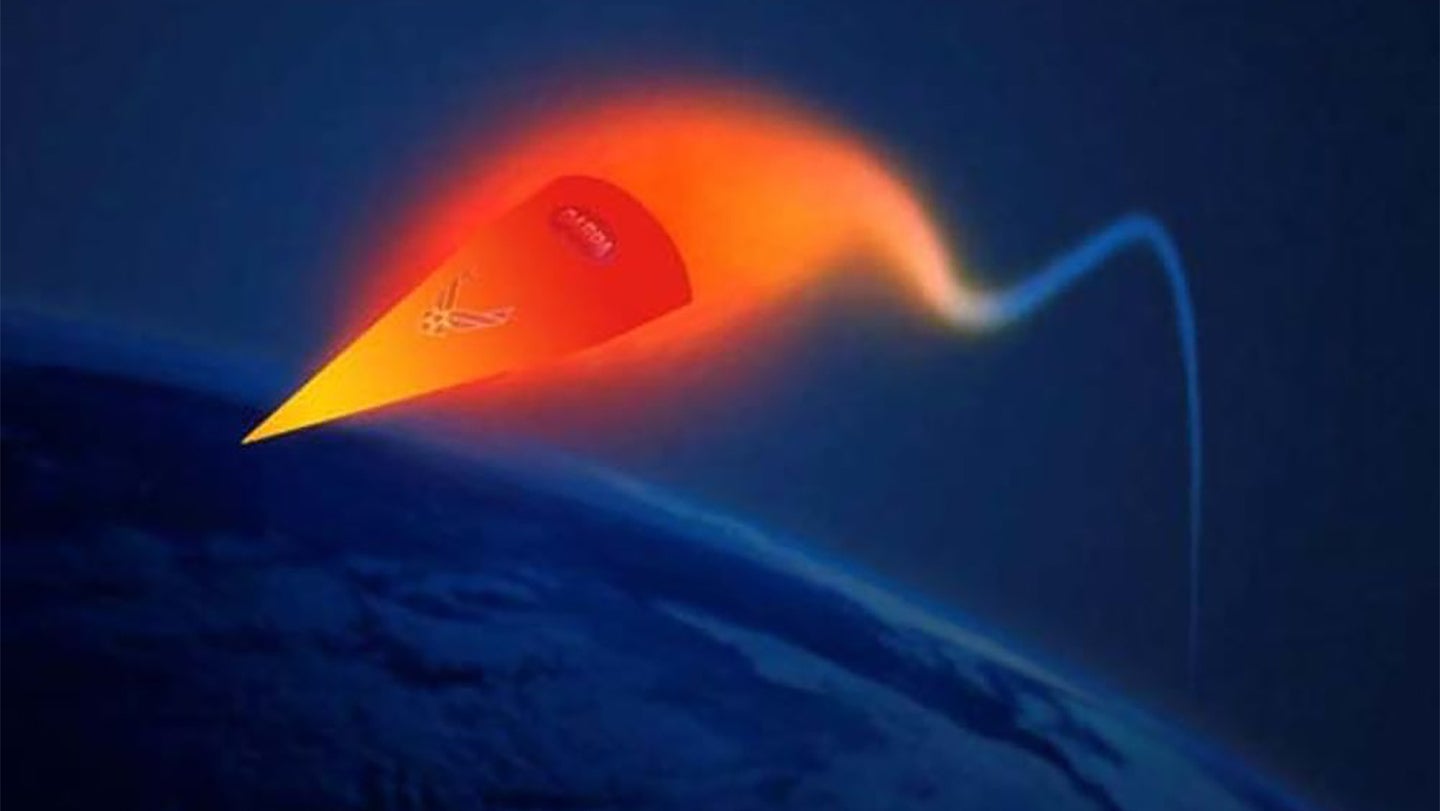