Among the maelstrom of operational and abandoned test sites that speckle the desolate desert on the southern end of White Sands Missile Range sits a peculiar facility that has quietly helped develop the Navy's most important missile, gun, and fire control technologies for over six decades. The installation with a U.S. Navy ship's name and culture, but located thousands of miles away from where a ship should be, has put weapon systems that would change warfare forever through their paces. This place is USS Desert Ship, also designated LLS-1, for 'Land Locked Ship' number one. It is also known by the adjacent launch site that predates it, Launch Center 35 (LC-35).

LLS-1 is yet another exotic installation that makes up a constellation full of seemingly countless facilities arrayed across the United States that develop, test, and evaluate America's future combat technologies. LLS-1 is half ship-like concrete bunker and half launch pad. Built in the mid-1950s at the dawn of the guided missile age, its blockhouse was designed to be stuffed with combat systems and to emulate the conditions found on an operational U.S. Navy fighting ship. Its upper deck was fortified to accommodate similar sensors and communications gear found on its seagoing counterparts as well as additional gear needed to support testing efforts and to interface with the highly networked and surveilled White Sands Missile Range complex which extends many miles to the North.

The facility was originally built to develop and test the massive and ultra-complex and optionally nuclear-armed RIM-8 Talos shipboard surface-to-air missile system. When I say complex and massive it is not for hyperbole's sake. Read all about this crazy Cold War weapon whose combined magazine and launch system was more akin to a highly armored assembly line at sea than anything else in this recent feature of mine.

Eventually, the 'Three Ts' of the Navy's SAM ecosystem during the first couple of decade of the Cold War—Terrier, Tartar, and Talos—would be tested at the facility, with all three launchers, including Talos' missile assembly magazine, being installed in front and just to the east of USS Desert Ship. Gun systems were also tested at the site. A 73,000 pound, Mk39 five-inch gun was used primarily. Tests included the evaluation of rocket-propelled shells back in the 1990s before the gun was removed in 2000.

Before any of this took place, back in 1947, a pad adjacent to where USS Desert Ship sits to today was constructed to launch Aerobee sounding rockets into the upper atmosphere. These rockets gathered important information on atmospheric conditions and cosmic radiation. Two big launch towers were used to send the Aerobees on their way. The name LC-35 comes from this precursor installation to USS Desert Ship.

By the mid-1970s, the facility began to slowly migrate away from primarily supporting tests of the 'Three Ts' to the doing so for the Standard Missile series and the Aegis Combat System. A large portion of Aegis developmental testing was executed at the site leading up to and after its certification in 1983. Since then, USS Desert Ship has continued to support the development of the latest Navy missile technologies. White Sands Missile Range officially describes the site's activities as such:

Launch Complex 35 is a Research Rocket facility that includes a block-house, launch control equipment, and a payload assembly building. Current use of this facility is for NASA payload buildup, telemetry pre-launch and launch support, and uplink control of rocket payloads.

More recently, in 2016, LLS-1 executed a highly publicized cooperative engagement testin which an F-35 provided targeting information to an SM-6. The facility continues to be an important part of moving improved versions of the hugely versatile SM-6 that feature new capabilities into an operational state, but gone are the eclectic turreted launchers of the past.

There is also a weapons assembly facility across the road from USS Desert Ship that provides munitions to be tested. It was built to make tests more seamless as transporting experimental weapons over long distances was deemed problematic, especially while trying to power through important trials. But by and large, there isn't anything but a handful of other test sites within about 10 miles of USS Desert Ship, with the closest population center being the tiny town of White Sands that largely exists to support the missile range and its workforce.

Even though only roughly 30 sailors work at the site, along with a number of contractors that can drastically increase or decrease depending on the testing schedule, it seems that some of those who have called the facility home actually enjoyed their time there.

There are a handful of other ship-like structures built on land to help in naval combat systems research and development which we will discuss in a future article, but none are as remote or offer live fire opportunities like USS Desert Ship.

It's yet another oddity of the sprawling White Sands Missile Range—a place packed with history along with a sprinkling of mystery. 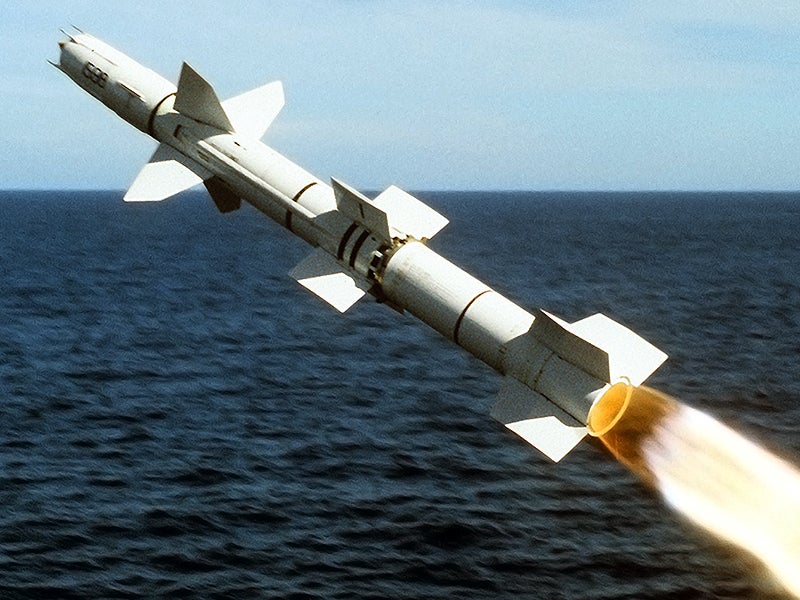 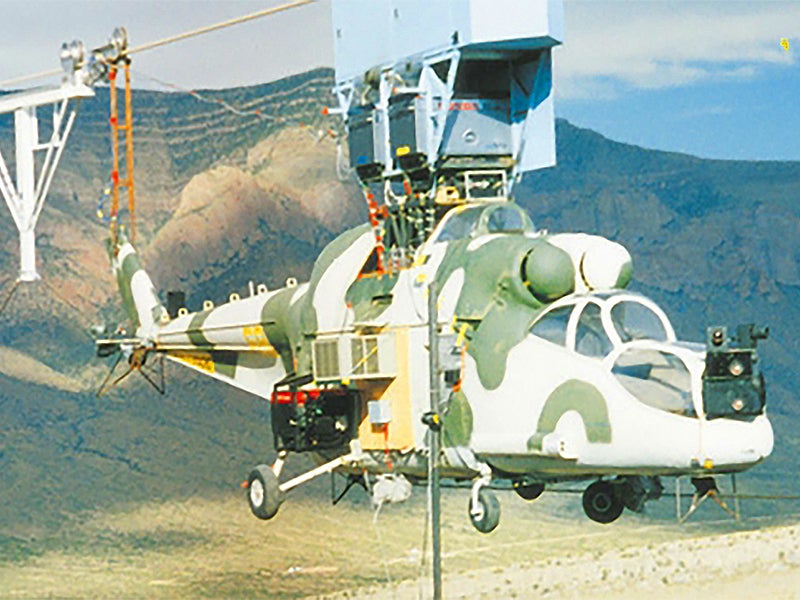 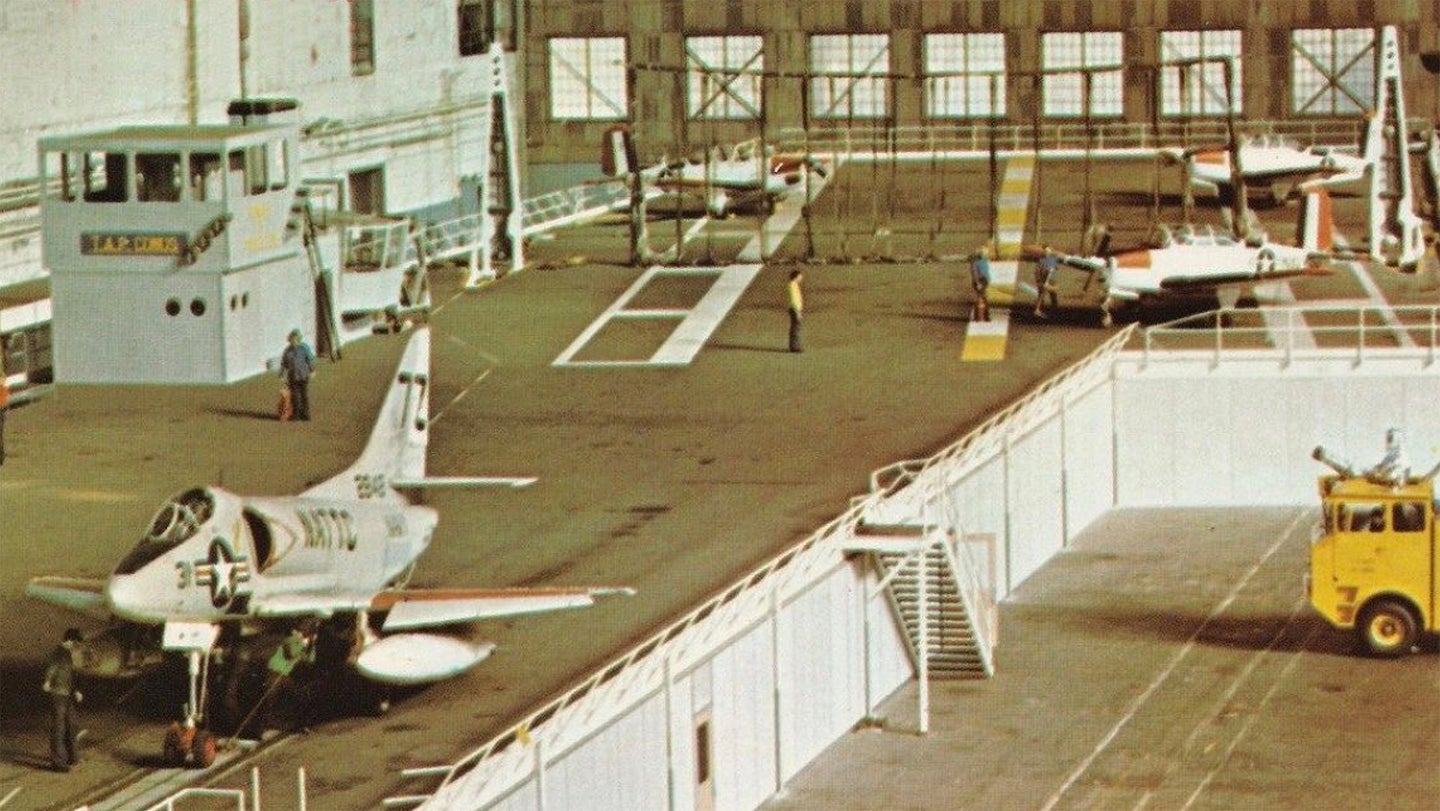