The Storm Chasing A-10 Thunderhog Program Is Officially Dead, Jet To Be Returned To USAF

The Thunderhog’s sad story has turned into an outright tragedy. 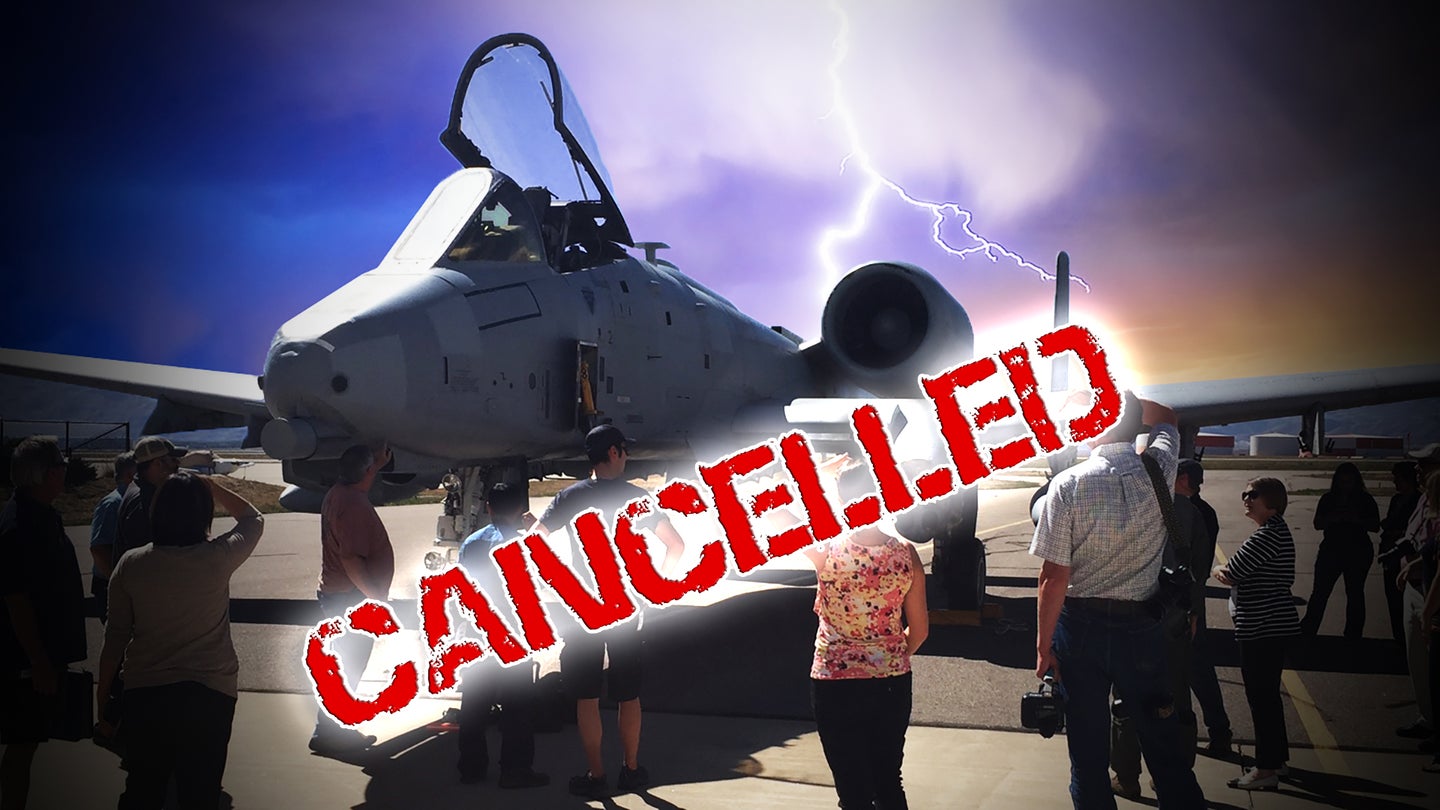 In a follow-up to our big expose on the sad story of the storm penetrating A-10 research aircraft—known internally as the SPA-10 'Thunderhog'—the National Science Foundation has now officially pulled the plug on the program once and for all. We were tipped off to the decision and inquired with the NSF directly to confirm that this was indeed the case. Unfortunately, the lead proved to be all too accurate.

In an email reply to The War Zone, the NSF states:

The National Science Foundation (NSF) will be returning the A-10 to the United States Air Force. NSF made this decision after a thorough review of the scientific needs of the community and an independent analysis of the capabilities of the A-10 aircraft. Given that more than five years had passed since NSF first acquired and began retrofitting the A-10, it was prudent to both reevaluate the scientific requirements of the community and, based on those requirements, the capabilities of the aircraft before investing additional resources. NSF conducted a workshop with the scientific community in 2017 and found that there remains strong interest in the research potential of a storm penetrating aircraft (SPA). This workshop also provided NSF with a clear view of the current scientific goals and the requirements for accomplishing them. Subsequently, NSF engaged an independent review of the capabilities of the A-10 aircraft as an SPA. Based on this review, NSF determined that the A-10 does not align sufficiently well with the updated science requirements. Many high-risk and very costly modifications would be needed to attempt to meet many of the scientific research goals the community has identified. Therefore, NSF has notified the Air Force that we will be returning the A-10. NSF will continue to evaluate the overall needs of the atmospheric research community and how to best allocate our resources to fund the most promising research in this area.

The problem here is that according to everyone we talked to, there really is no other option for such a hardened flying laboratory and many millions of dollars have already been spent on the project in order to get it to the partially finished state it is currently in. So if that A-10 is going back to the USAF, the chances that another Warthog would be provided for such a task, as well as the funds required to convert it from scratch, are next to zero, at least for the foreseeable future.

It is also worth mentioning that the NSF hasn't found itself in a fiscal era of great certainty or bounty. Earlier this year, the White House proposed slashing the foundations budget by an eye-watering 30% and similar threats were made in 2017, but overall the NSF's budget has remained fairly flat, with a slight bump in 2018 from $7.472B to $7.767B.

As we stated before, it would be ideal if the USAF would take over the operational and modifications side of SPA-10 program. Doing so would solve so many issues and considering that the flying force has a budget of over $130B in 2018, finishing the SPA-10 and flying it in the name of important science—science that is very relevant to the USAF's own mission—seems highly logical and economically feasible.

But alas, the SPA-10's sad story has turned into a tragedy.

It's not clear when the aircraft will make its final flight from Broomfield, Colorado where it is currently stored in the NSF's hangar there to its new resting place, which will probably be Davis Monthan AFB where it came from in the first place. But now that its fate has been officially sealed, it will likely make the journey back into the USAF's custody soon.

After millions were spent, the most promising storm penetrating aircraft ever devised sits partially completed in a hangar in Colorado.