Germany is reportedly looking to finally sell off what remains of its abortive RQ-4E Euro Hawk drone program to Canada, which could use the unmanned aircraft to patrol its claims in the steadily more contested Arctic region. Unfortunately, the pilotless surveillance plane lacks essential components, including its navigation and flight control systems, which render it unflyable in its present form, raising questions about what value it would actually have for the Canadians.

The Associated Press was the first to report the possible deal, which is still very much in its infancy. Canadian authorities subsequently confirmed that had reached out to the Germans for information about the Euro Hawk, a variant of Northrop Grumman’s Global Hawk drone, but said they were still far from making a final decision about what system to buy to meet the needs of the country’s Arctic drone surveillance program, according to CBC.

“As part of its technical assessment, the government sought information from suppliers to better understand the technology and the solutions available," Marie-Anyk Cote, a Canadian government spokesperson, told CBC. “It is still premature to speculate which remotely piloted aircraft system will be purchased.”

For Germany, taking this opportunity to offload the lone RQ-4E, as well as ground control stations, and other components, would make sense. The Euro Hawk program has been a debacle for authorities in Berlin since the rollout of the inaugural aircraft in 2009.

The Germans originally planned for the drones to replace five aging Cold War-era Dassault-Breguet Atlantique maritime patrol planes it had converted into electronic intelligence platforms. European defense consortium EADS, which subsequently evolved to form present-day Airbus, was to have supplied a signals intelligence package for the new unmanned aircraft.

After minor trouble during the initial test and evaluation phase, in 2013, Germany canceled the Euro Hawk program after it confirmed that European aviation authorities had refused to certify the plane to fly over the continent under U.N. International Civil Aviation Organization rules because it lacked an automatic anti-collision system. The concern was that the unmanned aircraft could put civilian aircraft at risk in Europe's congested airspace, but the decision also meant that the German military would have been unable to operate the aircraft at home for training purposes or launch it on actual missions from their own bases.

Better to have a "horrible end than a horror without end," then-German Minister of Defense Thomas de Maiziere told legislators in justifying the decision to cancel the project. At that point, Germany had only taken delivery of the one RQ-4E, but had spent approximately $823 million on the program overall.

An attempt to reboot the project in 2014 was unsuccessful. Attempt to recoup any amount of that cost could be a boon for the Germans, who are presently struggling to revitalize

their military after years of neglect and accusations of mismanagement.

In theory, the proposal might give Canada a chance to acquire a Global Hawk-like drone, which it had considered purchasing in the past, at a fraction of the price of a new aircraft. A single new RQ-4 could set back the Canadians more than $130 million.

The high-flying, long-endurance Global Hawk could be useful for patrolling the Arctic, which is growing in strategic and economic significance and seeing a steady increase in Russian and Chinese military and civilian maritime activity. However, the RQ-4E is not well suited to the demands of maritime surveillance, which would include the need to fly lower to investigate particular items of interest.

The U.S. Navy has recently begun flying its own dedicated long-range, maritime surveillance derivative of the RQ-4, the MQ-4C Triton. This aircraft has a reinforced fuselage, structural changes to prevent dangerous amounts of ice from building up on the wings and air intake, and greater protection against lightning strikes.

The bigger problem is that the RQ-4E is reportedly nowhere near flyable at all and the Germans do not even appear to still have the critical components, such as the navigation system and flight control system, to offer as part of the sale. The remnants of the drone have at best “scrap value,” Andrej Hunko, a German legislator from the country’s Left Party, who first obtained information about the possible sale to Canada on Sept. 19, 2018, told The Associated Press.

“The sale will, therefore, recoup at best a small portion of the tax money spent,” he added. “I expect the loss will amount to several hundred million Euros.”

If they were to pursue this deal, the Canadians would face the expensive prospect of getting the drone working again. Even then, the purchase would only give them a single Global Hawk-type aircraft to meet the broad area demands of the Arctic surveillance program.

It is possible that Canada has inquired about the RQ-4E as a potential source of spare parts to support a larger Global Hawk or Triton purchase in the future. They could be similarly interested more in the ground control stations that would come as part of the package than the drone hulk itself.

Unfortunately, Canada’s Arctic surveillance drone program has run into its own entirely separate problems, as well. In 2015, Canada spent more than $30 million on a technical assessment to help firm up its requirements for employing unmanned aircraft to patrol the Arctic. The plan was to have whichever drones the country selected in operation by 2017.

Despite the Canadian government's plan to have the civil agency Transport Canada oversee the patrols, the country's authorities have struggled to acquire any suitable aircraft due to the limitations of the Missile Technology Control Regime (MTCR) international arms control agreement. This set of export controls puts drones broadly in the same category as missiles, making it more difficult for any party to the arrangement to get the necessary approval to buy and sell them. Canada now only expects to start taking delivery of drones for Arctic missions in 2020.

If the shell of Germany’s RQ-4E, or any of the remaining portions of the Euro Hawk program, is still under the purview of the MTCR, it could easily render the entire proposal a non-starter. It is hard to see how Canadian authorities would be willing to go through all of that trouble to secure a single drone only to have to spend additional time and resources getting to get it into an operational state.

If there is any actual value in the German components, officials in Berlin might have better luck selling them to the United States. The U.S. Air Force has lost two RQ-4s in the last two years and has salvage portions of both of those aircraft, which could include various mission systems. One of the U.S. Navy’s MQ-4Cs also recently suffered a serious accident, leading that service to ground its entire fleet of the drones.

But if the pieces that are left of Euro Hawk are in the condition that the Left Party’s Hunko says they are, it seems more likely that they’ll continue to sit in storage until Germany finally decides to dispose of them for good and truly bring the program to its "horrible end." 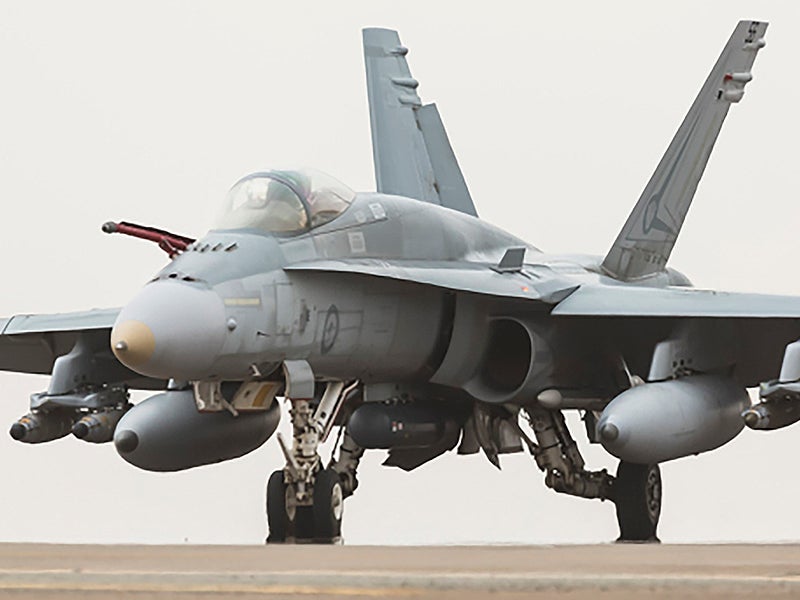 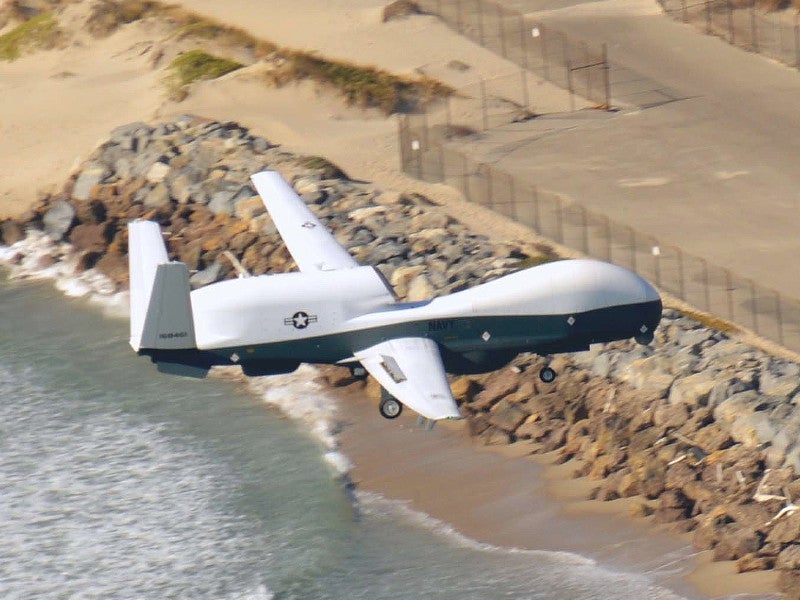 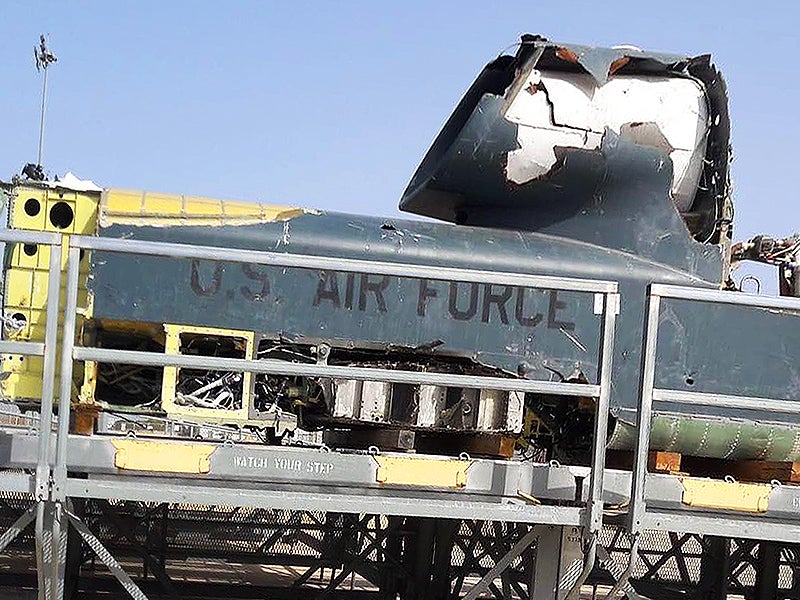