The U.S. Navy may have passed over Lockheed Martin’s submission for its MQ-25 Stingray drone tanker program, but the company is still looking to make its mark in the aerial refueling sector with the U.S. Air Force’s KC-Z tanker project. The firm’s legendary Skunk Works special projects office is crafting various proposals, including stealthy hybrid wing body and flying wing designs, as well as a concept based around a fleet of smaller unmanned aircraft.

The Maryland-headquartered contractor prominently displayed a model of one Advanced Tanker Concept, the hybrid wing type, below artwork depicting a different aircraft concept in action paired with the text “Rapid Global Mobility,” at the Air Force Association’s annual Air, Space, and Cyber conference earlier in September 2018. Lockheed Martin first unveiled this particular design concept in 2016, which was itself an outgrowth of earlier work the company had done as part of the joint Air Force-NASA Speed Agile project.

On the show floor, a representative from Skunk Works told The War Zone that the goal was to provide the Air Force with a set of tiered options as the service continues to iron out its requirements for the future KC-Z. They added that the USAF had not yet indicated to them what type of aircraft or operating concept it might be leaning toward at present. That being said, earlier in 2018, the Air Force Research Laboratory showed off its own model of a stealth tanker concept with the title “Advanced Aerial Refueling.”

Stealthy or low-observable features that reduce the aircraft’s radar and infrared signatures will be core components of any final design. Traditional airliner-based tankers, such as the Air Force’s forthcoming Boeing KC-46A Pegasus, will only become more vulnerable to steadily improving ground-based air defenses, advanced combat aircraft, and associated radars and sensors, as time goes on.

At the same time, U.S. military combat aircraft, especially fuel-hungry stealth combat jets that cannot carry typical range-extending external drop tanks without losing their low-observable edge, are going to continue needing tanker support in these high-risk areas. The War Zone made a detailed case for this exact capability on multiple occasions in the past, which you can read in full here and here.

The Air Force intends to fill this emerging stealth tanker gap with KC-Z, but it remains to be seen what else it might expect these aircraft to do. The Skunk Works representative said that those secondary requirements may be among the biggest drivers in the in the configuration of the final design.

The Advanced Tanker Concept model that Lockheed Martin has publicly shown features a conventional wing-and-tail configuration with hybrid wing body planform. This is specifically to provide the internal space and allow for other features, such as rear loading ramp, necessary for the notional aircraft to adequately fill the “C” role, or cargo carrying function, in KC-Z.

Though it doesn’t get nearly as much attention as the tanking aspect, the Air Force’s existing KC-135s and KC-10s, as well as the new KC-46A, are all set up to move cargo and personnel as necessary and do so routinely. If the Air Force were to replace any significant portion of them with an aircraft that cannot perform this mission, the service could find itself creating a new gap in logistical capabilities.

If the Air Force did decide to turn KC-Z, at least in part, into simply K-Z, Lockheed Martin says a flying wing design could be more efficient and potentially stealthier. Though the company did not bring a model of this concept to the Air Force Association gathering, the representative from Skunk Works described it as akin to a scaled up version of the firm's pitch for the Navy’s MQ-25 competition.

KC-Z requirements that allow for a flying wing design could open the door to a submission from Northrop Grumman, as well, which could leverage its extensive experience in this arena and continuing work on the B-21 stealth bomber to create a "KB-21" tanker derivative. The Air Force actually investigated what it might take to transform the B-2 stealth bomber, another Northrop Grumman product, into an aerial refueling platform, though it decided not to pursue that plan and has never made details about that study public.

“Imagine MQ-25 with that [improved stealthy] signature ability and perhaps longer legs,” Jack O’Banion, Vice President of Strategy at Skunk Works told Aviation Week in a separate interview. “Most tankers carry fuel in the wing to distribute the weight of the fuel with the lift of the wing, and since that is what the majority of the payload is, we’re doing an all-wing design,” John Vinson, who had led Lockheed’s Stingray program, had told this same outlet when talking about the Stingray back in March 2018.

With an eye toward joint operations and cooperating with foreign allies, O’Banion also told Aviation Week that Lockheed Martin was exploring ways to hybridize the actual aerial refueling equipment on any future tanker to allow a single system to provide fuel regardless of the configuration of the receiving aircraft. At present, the Air Force primarily uses the “boom” method of aerial refueling, which involves the tanker sticking a probe into another aircraft.

The U.S. Navy and Marine Corps, as well as many of American’s foreign partners, favor the “probe-and-drogue” system, which is also common for helicopters and tilt-rotors, where the receiving aircraft has a probe that the pilot guides into a basket on the end of a fuel link trailing behind the tanker. A tanker with some sort of common system would be able to eliminate the extra weight and bulk of having to carry, or at least being able to carry, the equipment necessary to support both refueling methods.

But Lockheed Martin is also prepared for the Air Force to go in an entirely different direction with regards to aerial refueling. This could involve a distributed tanking scenario in which KC-46As operating outside the range of enemy air defenses dispense fuel into stealthy KC-Zs, which then fly back into high-risk areas to refuel other aircraft, according to Aviation Week.

The Skunk Works representative at the Air Force Association conference told The War Zone that the company was already exploring the possibility of using larger numbers of smaller unmanned aircraft, similar in size and configuration to its MQ-25 proposal, to perform the tanking mission in high-risk areas. This distributed model could also force a major conventional opponent, such as Russia or China, to devote more resources to hunt down all of the smaller tankers and make it more difficult for them to locate them in the first place.

“They’re [the Chinese] trying to find out where are there integrating nodes in our force structure that they can attack, whether it’s the overhead [satellites], or [E-3] AWACS [Airborne Warning and Control Systems] or [E-8C] JSTARS [Joint Surveillance Target Attack Radar Systems] or tankers,” O’Banion explained to Aviation Week. “One of the easiest ways to defeat that strategy is dispersement, so if I can disperse the fuel … it’s harder to defeat the ability to fuel my assets and stay in the fight.”

With all this in mind, the Air Force might eventually settle on a multi-part KC-Z concept that includes both larger, stealthy manned, or even pilot-optional, aerial refuelers and smaller tanker drones. These planes would then likely work together with existing, non-stealthy designs.

How the Air Force plans to perform combat search and rescue in denied areas is another area of growing concern and HC-130Js and HH-60Gs would simply not be able to operate in highly contested environments. It isn’t hard to imagine a KC-Z tanker supporting any future stealthy rescue aircraft, though. There will be an increasing demand for low-observable transports, too.

“We wanted to make sure that we were materially communicating to [Air Mobility Command] that full range of possibilities,” Skunk Works’ O’Banion noted to Aviation Week. “And then as AMC considers which track they want to head down they’ve got a position that maximizes their level of understanding.”

Whatever design or designs the Air Force eventually decides it wants for its KC-Z program, it’s clear that the service is well aware of the increasing vulnerability of traditional tankers. With Lockheed Martin already crafting various concepts, and its competitors, especially Boeing and Northrop Grumman, almost certainly doing the same, its aerial refueling fleet looks set to transform significantly in the years to come. 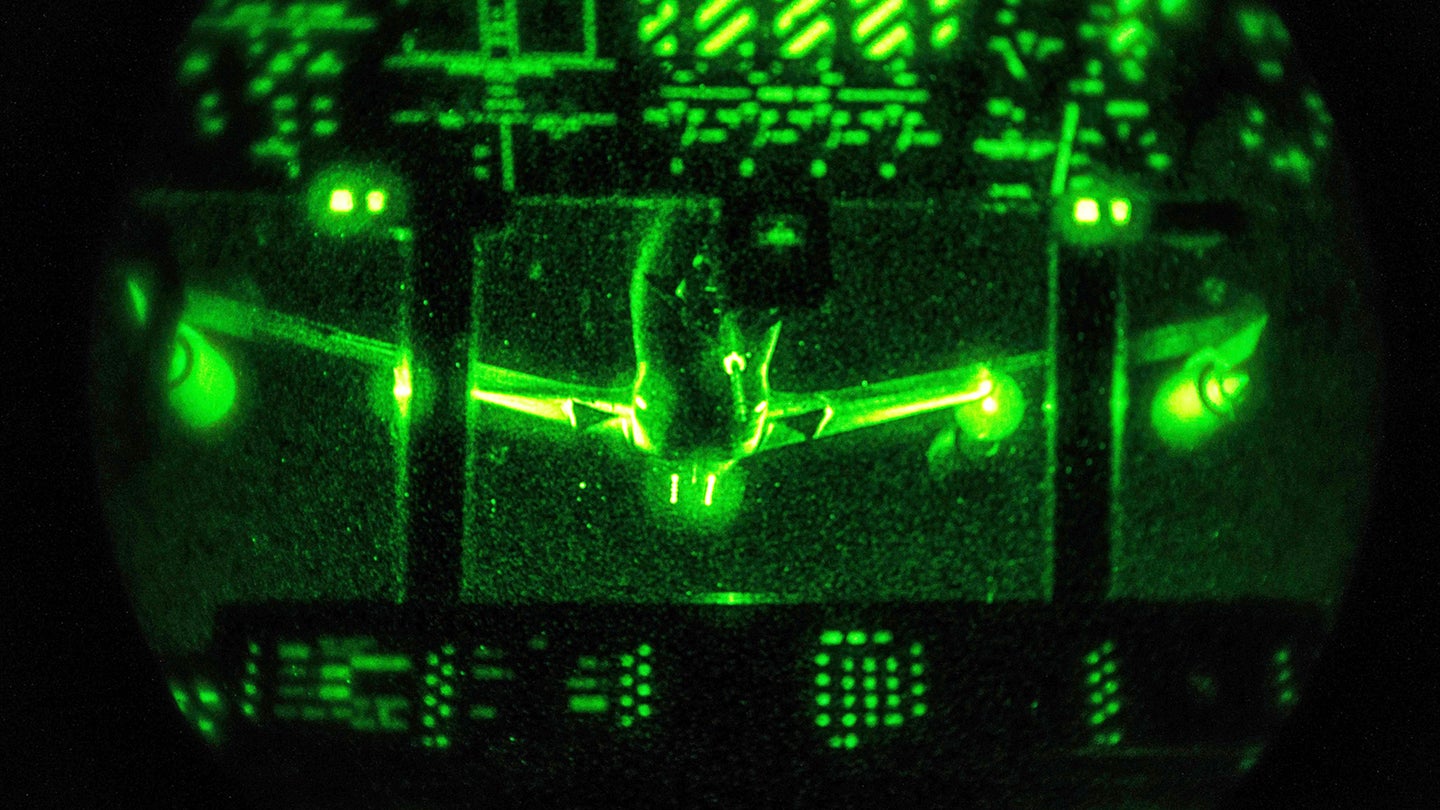 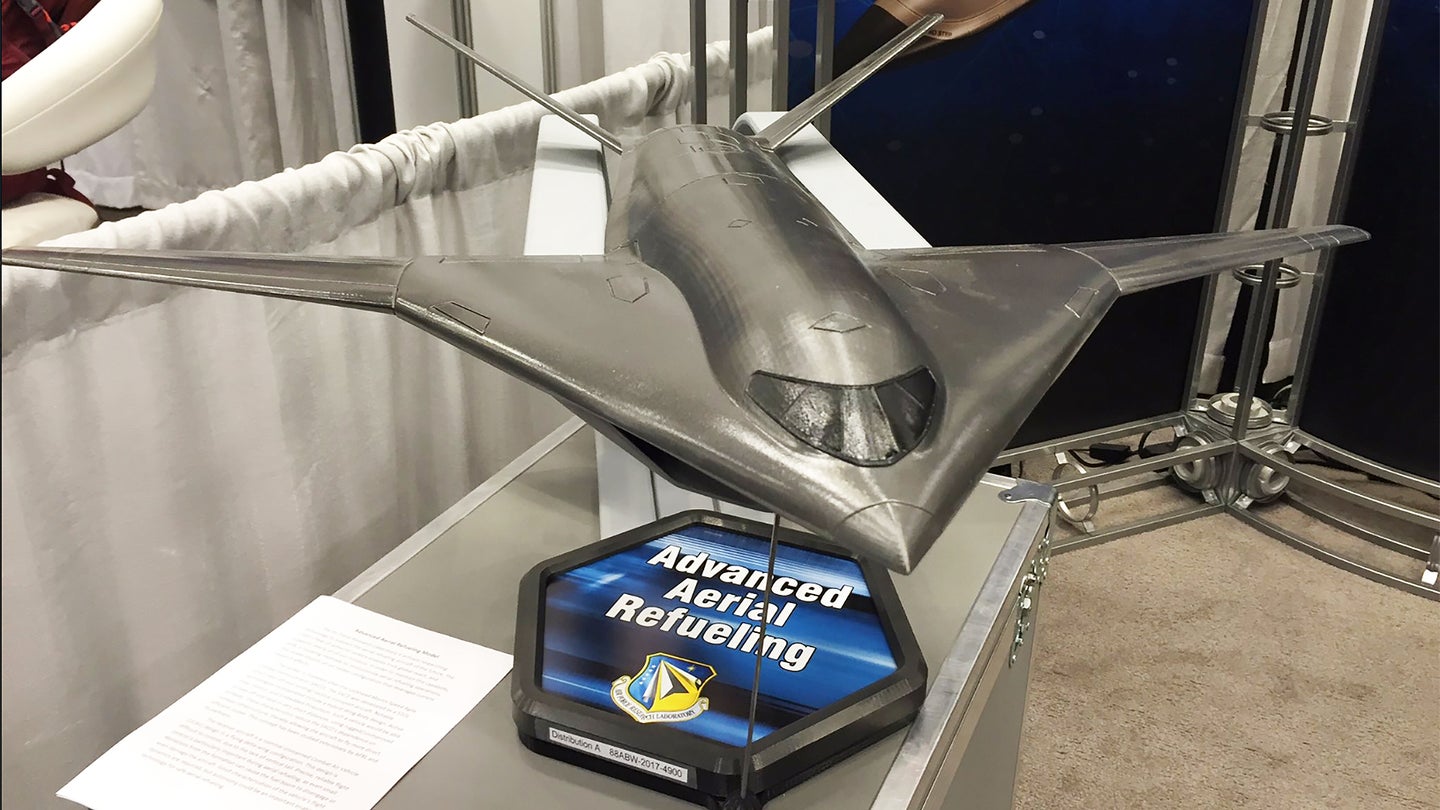