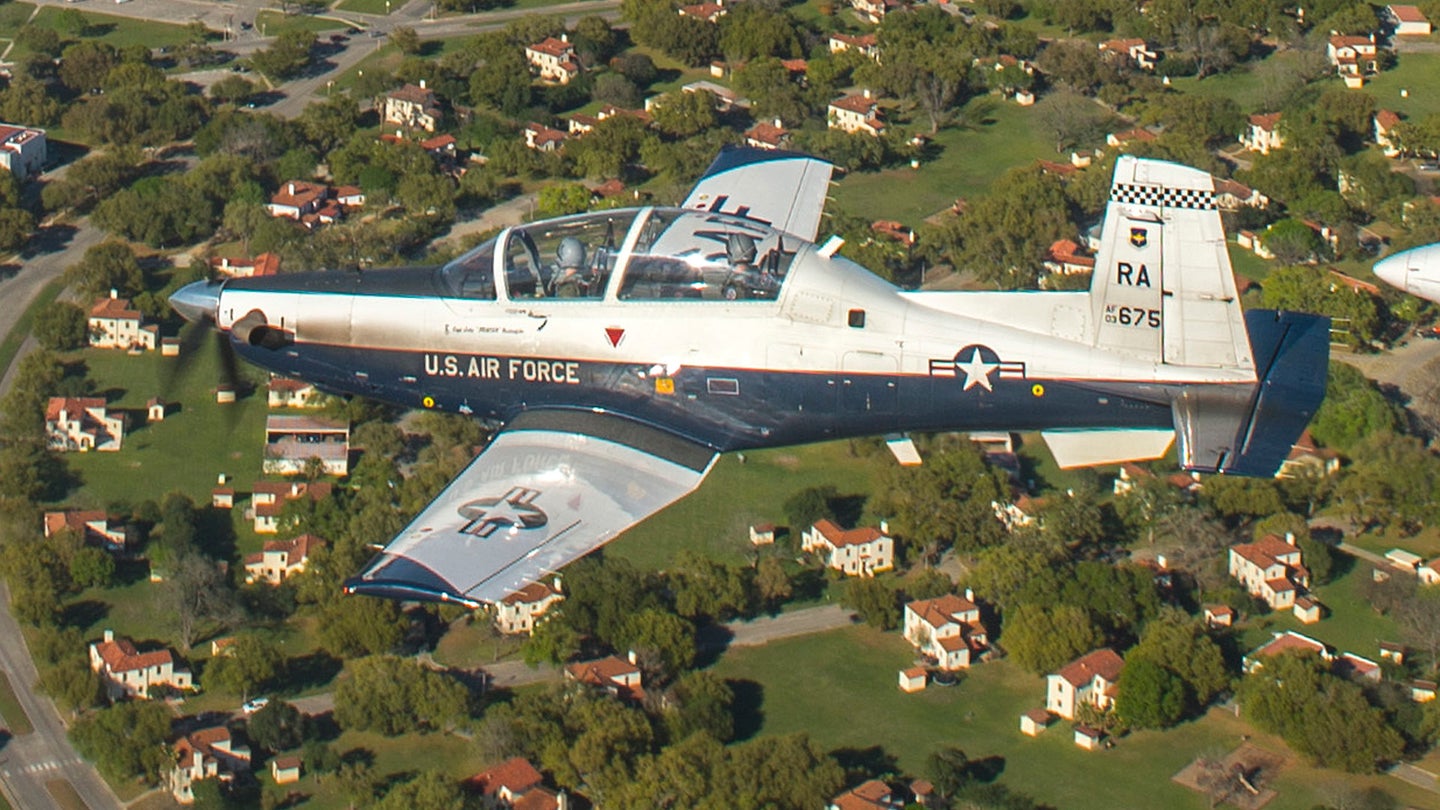 There are few details so far, but a U.S. Air Force T-6A Texan II turboprop trainer from Randolph Air Force Base has crashed near the Rolling Oaks Mall in the northeastern portion of San Antonio, Texas. Initial reports indicate that the two individuals on board the aircraft were able to successfully eject, but we have no additional information on their status.

Randolph Air Force Base is one part of Joint Base San Antonio and is home to the 12th Flying Training Wing, which flies T-6As, along with T-38 Talon and T-1A jet trainers. It is situated less than 10 miles from the crash site, which is a grass plot behind the Rolling Oaks Mall designated FM 2252, according to KSAT television, a local ABC affiliate. An investigation into the cause of the accident is already underway.

Pictures that have emerged so far show most of the plane's tail section lying separate from the rest of the aircraft on the grass. There was at least one parachute caught in nearby trees.

This comes just a week after a T-38 from the 80th Flying Training Wing at Sheppard Air Force Base, also in Texas, veered off the runway, prompting both pilots to eject. This is the eight aircraft the Air Force has lost to major accidents since the beginning of 2018 and is the last mishap to befall the U.S. military, which has seen a significant spike in serious and often fatal crashes and other aviation incidents as a whole this year.

The Air Force has now confirmed that the two pilots thankfully survived the crash with only minor injuries.

The Air Force's Air Education and Training Command has issued a formal press release regarding the mishap, which further confirms the earlier information. It also says that no one on the ground was injured when the plane crashed and that the service is still assessing the extent of the property damage.