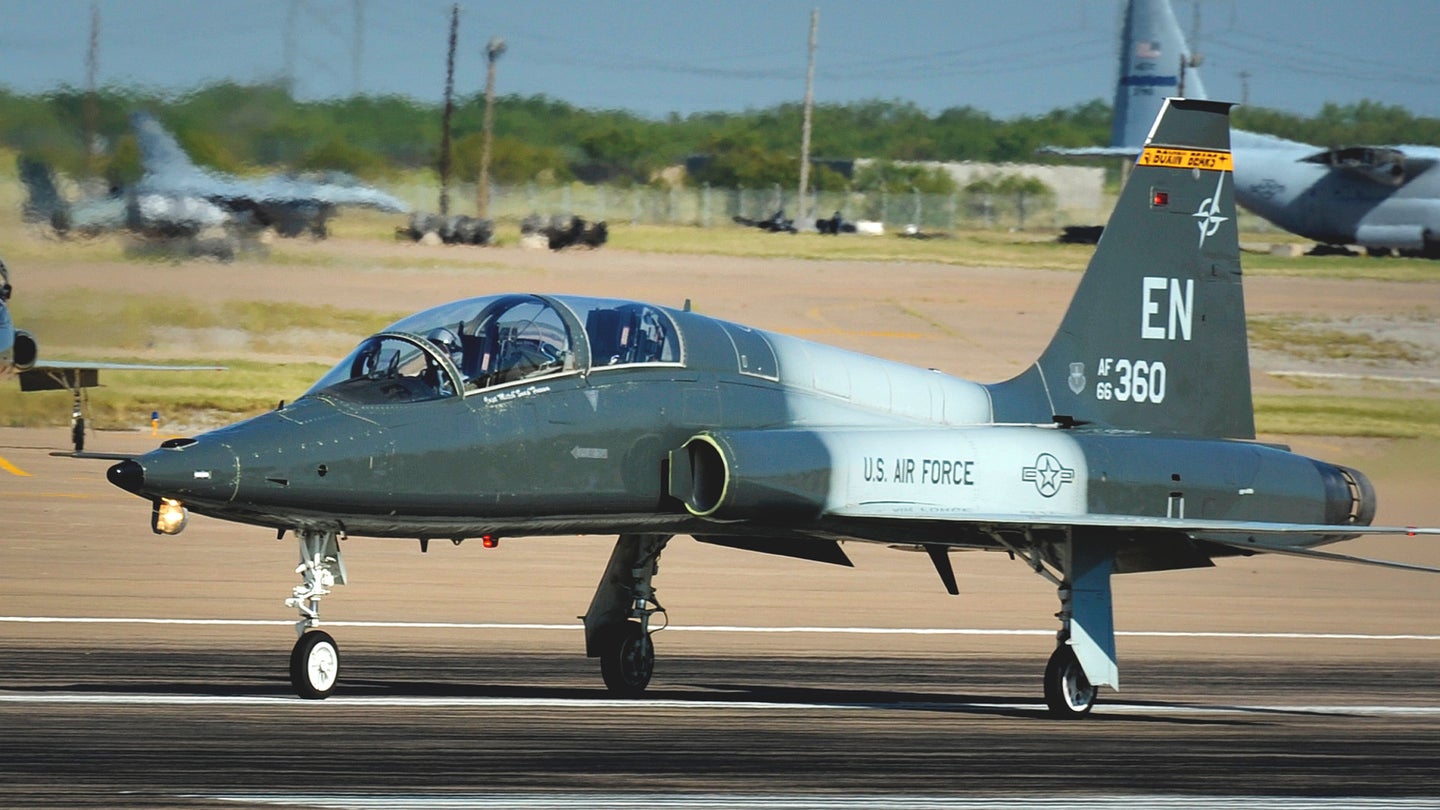 There are only limited details available, but a U.S. Air Force T-38C Talon training jet from the 80th Flying Training Wing at Sheppard Air Force Base in Texas crashed when the aircraft veered off the runway. There were two pilots on board at the time, both of which ejected. The service has now lost four T-38s to accidents since November 2017 and Talons account for nearly half of the crashes it has suffered so far in 2018.

This latest incident occurred at 10:03 AM local time in Texas on Sept. 11, 2018, according to an official statement. One of the pilots is now at the United Regional Medical Center in Witicha Falls, Texas and the other is at the Sheppard Clinic. Both are reportedly in stable condition. An investigation into the cause of the mishap is underway.

The crash reportedly caused a small fire, but first responders and explosive ordnance disposal specialists declared the scene safe as of 12:45 PM local time. The latter personnel were on scene to ensure that there were no remaining explosive hazards associated with the aircraft's ejection seats.

The last 12 months have been especially rough on the T-38 community. In November 2017, a pilot from the 87th Flying Training Squadron, part of the 47th Flying Training Wing at Laughlin Air Force Base in Texas died when their Talon crashed.

This latest T-38 mishap is the seventh non-combat related crash the Air Force has experienced in 2018 and the third involving a Talon. The U.S. military's aviation communities as a whole have seen a significant rise in major, deadly accidents this year.

The T-38C force has received a number of major upgrades over its lifetime, but the average age of jets is approaching 50 years. The USAF will supposedly announce the winner of the Talon trainer replacement program, known as T-X, at the Air Force Association's annual symposium later this month.