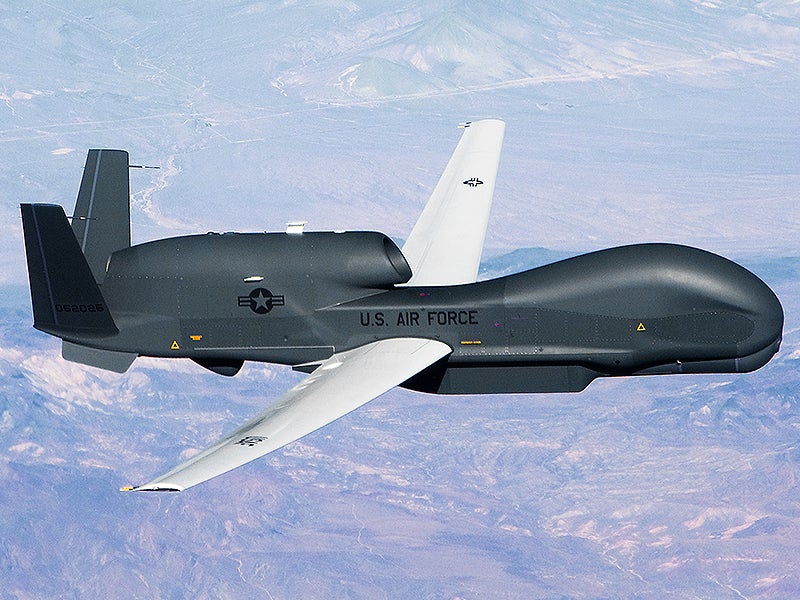 A high-flying RQ-4 Global Hawk unmanned spy plane crashed into the waters off Spain on June 26th, 2018. The incident has not been previously disclosed to the public prior to our inquiries. It marks the second loss of an RQ-4 in just over a year, with the other aircraft crashing into highly remote California wilderness near Mount Whitney on June 21st, 2017.

After reaching out to a number of units associated with Global Hawk operations, as well as to those associated with its Navy cousin the MQ-4 Triton, we received the following correspondence from the Air Force Safety Center:

That is all that is releasable at the moment. If you have additional follow up questions, please let me know.

This is the first official acknowledgment of the incident to the press. The only other indication that a Global Hawk was lost at all that we could find came from the Air Combat Command's Combat Edge magazine that had this little graph without any further explanation:

The details as we understand them, but without further confirmation, is that the Global Hawk crashed into waters west of Spain and a salvage operation has since raised the stricken drone from the seabed and packaged what's left of the aircraft for transport back to the United States for inspection via Naval Station Rota. Beyond these sparse and unconfirmed details, we really don't know what circumstances surrounded the mishap.

It remains unclear why the USAF has kept the incident under wraps. It may have been due to the sensitive nature of fielding a quick recovery operation at sea as even a waterlogged and damaged RQ-4 could represent a massive technological boon for a competing power. Also, the USAF, in particular, has clamped down on the frequency and magnitude of information it provides the press as part of a Pentagon-wide public relations chill that itself has been highly publicized.

We also don't know for certain exactly what type of Global Hawk was involved in the mishap. Beyond the Global Hawk's primary surveillance mission, three earlier build RQ-4s have been reconfigured into EQ-4 Battlefield Airborne Communications Node (BACN) data fusion and relay aircraft. Considering the drone could have been transiting back to the United States or on a mission in the area, either type is possible, although the RQ-4 variant is far more likely.

Global Hawks have been highly active in the European Theater, most notably flying regular high-altitude reconnaissance missions over Eastern Ukraine and the northern Black Sea region. They have also been active over the Eastern Mediterranean, near the Syrian coast, but less so in recent months.

The semi-autonomous drone has even executed missions over Libya and other locales in the EUCOM and AFRICOM areas of responsibility, including the Baltics. All of these sorties have been flown out of NAS Sigonella, Italy.

We will report back with more information as soon as we get it regarding the shadowy crash.

We have a picture of what's left of the Global Hawk and some new details to report in our follow-up post linked here.