Lockheed Martin is reportedly pitching the idea of a new fighter jet that would combine features from its F-22 Raptor and F-35 Joint Strike Fighter to the U.S. Air Force. It is also continuing to offer a similar proposal to the Japanese government and is now reportedly willing to let companies in Japan handle a significant portion of the research and development and production of the aircraft.

Defense One’s Marcus Weisgerber got the scoop that the Maryland-headquartered defense giant was looking to sell the U.S. Air Force on the idea of hybrid design that blends elements of its two previous stealth fighter offerings. Earlier in August 2018, the Nikkei Asian Review had also revealed new details of Lockheed Martin’s ongoing discussions with Japan about a very similar-sounding aircraft, which Japanese officials hope could be ready for service by 2030.

“There’s a lot of potential in this idea [of a hybrid F-22-F-35],” David Deptula, a retired U.S. Air Force Lieutenant General, present Dean of the Air Force Association’s Mitchell Institute for Aerospace Studies, and long-time F-35 cheerleader, told Defense One. “I’m not suggesting that we jump right into it and embrace it, but from the Japanese perspective when they are looking at and willing to invest in this kind of an alternative as opposed to trying to build an indigenous aircraft that’s not going to get close to what an F-22 can already deliver. It’s a smart move on their behalf.”

Lockheed Martin’s concept would reportedly marry the F-35’s core features, such as its advanced mission computer and extensive, inter-linked sensor suite, with an airframe design derived from that of the F-22. The company would also be able to incorporate lessons learned in stealth coatings and other complex manufacturing processes required for stealthy and other advanced aircraft that it has learned from the F-35 into the design and production of the new aircraft.

Not only could this positively impact production cost and overall capability, but it could also significantly lower the cost per flight hour when compared to the F-22. The Raptor's radar-absorbent skin is notoriously demanding on maintainers and negatively impacts the availability and cost of operating the jet. The F-35 introduced a new, lower maintenance concept that supposedly solves many of these issues.

The firm’s Skunk Works specialized design bureau has been doing pioneering work in both rapid prototyping and manufacturing science that could apply to the project. Between the F-22, F-35, and other advanced projects, the company has gained an extensive knowledge base to draw from to potentially help keep costs down and speed up the development process of a hybrid fighter jet. Totally new stealth fighter programs have become notoriously lengthyand expensive endeavors.

The War Zone has long supported Japan's desire to procure F-22s and has proposed this exact aircraft and arrangement in the past. As we described before, if the U.S. Air Force acts even as a minor stakeholder in a project that its Japanese counterparts were leading, it could help significantly in spreading out the development cost burden. Now it seems very likely that Lockheed Martin itself is presenting this exact reality to both parties.

The company has reportedly been proposing an arrangement under which it or its subcontractors would initially build the main fuselage, engines, and mission systems in the United States, but using a steadily increasing percentage of Japanese parts, according to Nikkei. Mitsubishi Heavy Industries in Japan would build the wings to start with, which will reportedly be larger and stronger than those on the existing F-22 to hold bigger fuel tanks in order to give the new fighter an unrefueled combat radius of nearly 700 miles without the need for drop tanks that would negate its stealthy characteristics.

But the basic design would specifically allow for the eventual substitution of both Mitsubishi Electric-supplied mission system components and IHI's XF9-1 engine. If Lockheed Martin and Japan could agree on how to implement those options, Japanese companies might find themselves responsible for more than 60 percent of the production work, Nikkei explained. Even without this more extensive involvement in the aircraft’s development and construction, the fighter jet project could offer the government in Tokyo an important opportunity for technology transfers and to get contracts for domestic firms to supply a number of smaller components.

Perhaps most importantly, the resulting aircraft would likely be both Japanese enough and distinct enough from the F-22 to avoid a number of export complications. Japan famously attempted on multiple occasions to buy Raptors, but got rebuffed by the U.S. government on each occasion. The fact that it would also feature many elements already found on the F-35 also helps with export concerns since the country is now part of that program.

A shared U.S.-Japanese stealth fighter program would offer both countries the benefits of lower unit costs. Nikkei reported that Lockheed Martin had estimated that each F-22-F-35 hybrid would cost around $216 million if the total order was for 70 aircraft. This would drop to less than $190 million if the order were to double.

This is more than twice the unit cost of a new F-35A variant at present, but is less than the estimated per-aircraft price if the U.S. Air Force decided to restart the F-22 production line on its own and agreed to buy 194 aircraft, by the service’s own calculations. Under an ideal cooperative deal, the U.S. may be able to pay for very little of the aircraft's development and other non-recurring costs, basically buying the airframes for the unit cost alone.

To put the F-22 back into production, the USAF figured these costs would amount to roughly $10B. While that notional effort would incorporate some modernized elements into the aircraft, it would not be nearly as elaborate as an upgrade as what Lockheed is supposedly pitching now and what Japan seems to be interested in.

Such an arrangement also presents a way for the U.S. Air Force to finally bolster the size of its F-22 fleet without having to invest heavily in a major new development program that could face opposition from senior officials or members of Congress for fear of taking money away from the F-35. It has become more and more

widely accepted that the U.S. government’s decision to buy less than 200 F-22s has proven to be a poor decision in the long term and has limited the ability of those jets to fulfill the missions the Air Force intended for them. A recent Government Accountability Office review reinforced the view that the service should find ways to maximize the existing force’s potential if it cannot simply buy new Raptors.

At the same time, the Air Force is already considering acquiring vastly improved F-15Xs from Boeing to fill various roles, which you can read about in more detail here. This plan offers a low-risk way of acquiring additional aircraft with unique capabilities that would be complementary to the F-35 while also not highly disruptive to the F-35’s share of the budget.

Still, cost will almost certainly continue to be a major factor for any such project, whether the U.S. and Japan decide to work together on it or not. The Japanese government has allocated more than $50 billion in total for both development and production of the planes, which is already $10 billion more than it had suggested a domestic fifth-generation fighter jet program might cost in 2016.

Japan is also likely eager to avoid a repeat of the F-2 fighter jet, which it developed with significant help from Lockheed Martin. Though derived from the F-16, the jets were much more expensive than their American counterparts, in no small part due to the small number produced but also due to the aircraft's then cutting-edge AESA radar. Additionally, the project failed to lead to many of the expected industrial offsets.

It is possible that the Trump Administration, or the president himself, might intervene to try and finagle a better deal for Japan in order to get it “the very best” fighters and funnel another major contract to Lockheed Martin – another Trump favorite. Nikkei’s report also noted that Lockheed Martin’s plan to let Japanese companies do most of the production domestically could then require the export of significant amounts advanced equipment and other components to support that work, which could have a positive impact on America’s trade deficit, something that has been a hot-button issue for Trump personally, despite his policies that have exacerbated the issue.

The potential benefits of a shared U.S.-Japanese program to develop an F-22-F-35 hybrid have already been clear, as were the advantages of Japan leading the effort and putting up a significant amount of the funding. Now, as predicted, the Air Force appears to be at least entertaining the idea of turning this idea into a reality. 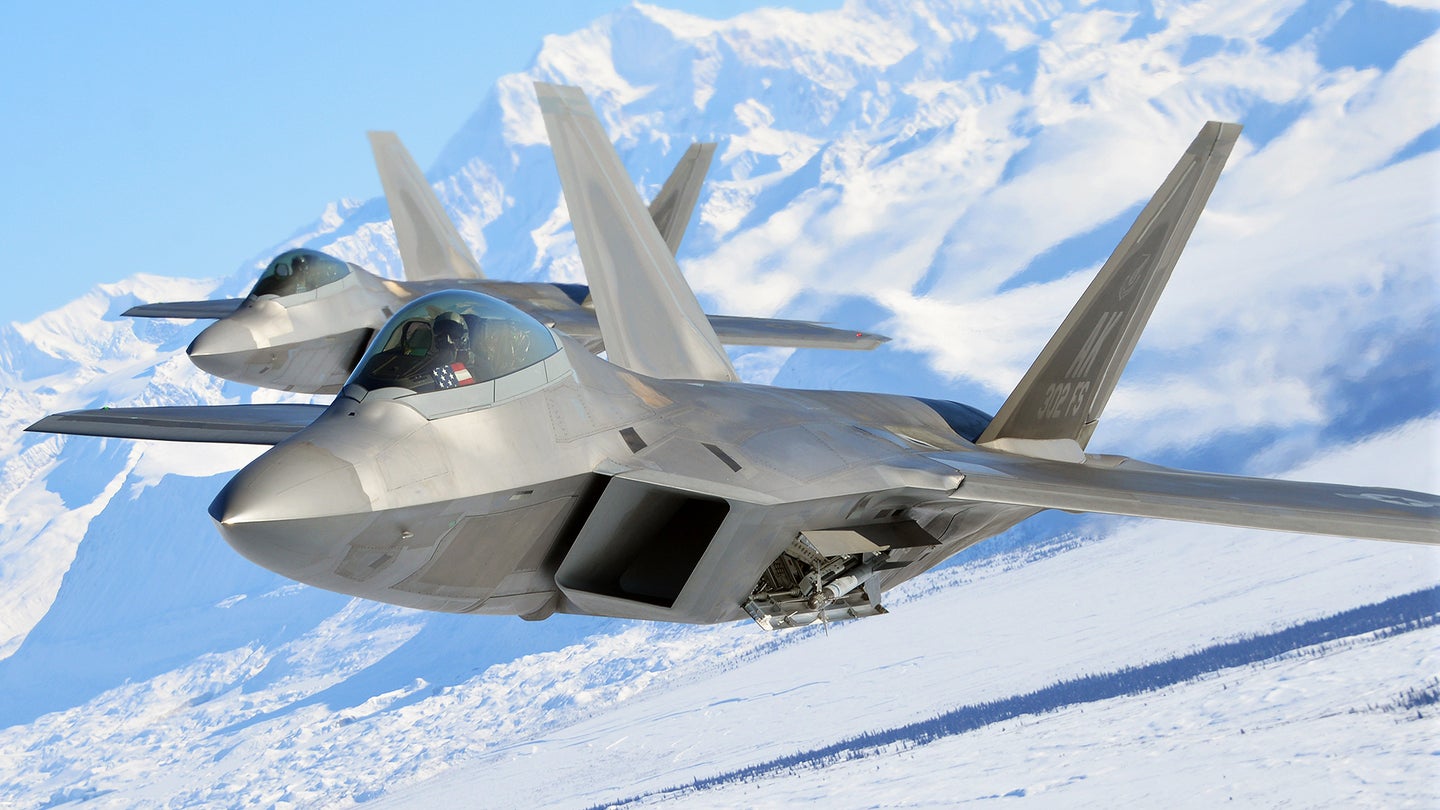 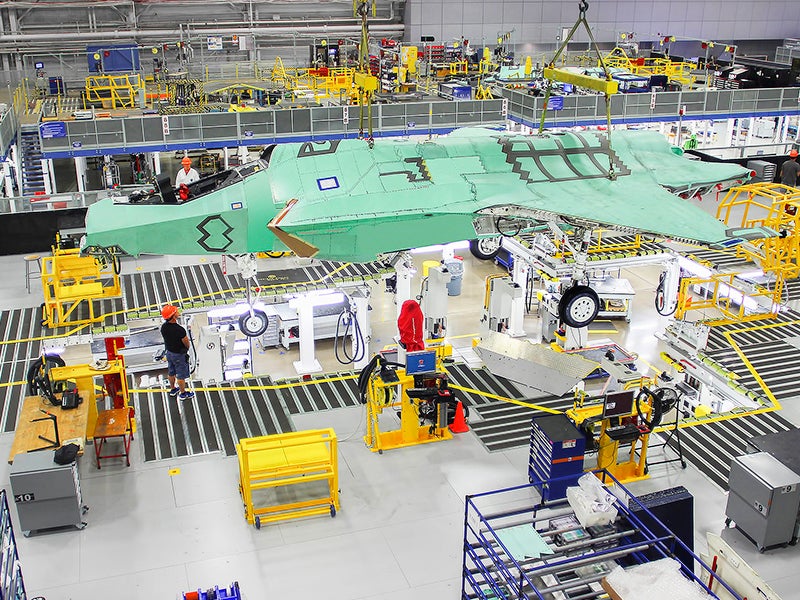 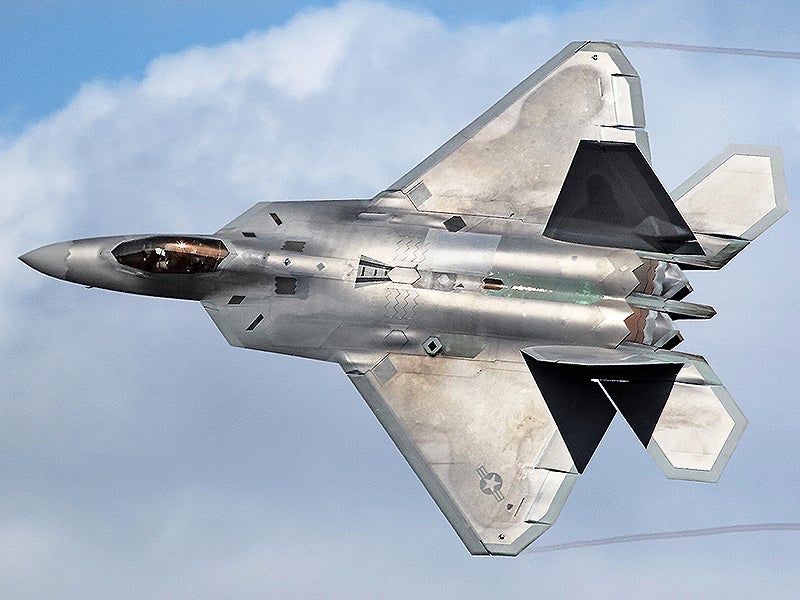 We finally see the study that was oddly classified on arrival and it has new relevance based on Japan’s desire for a new stealth fighter.